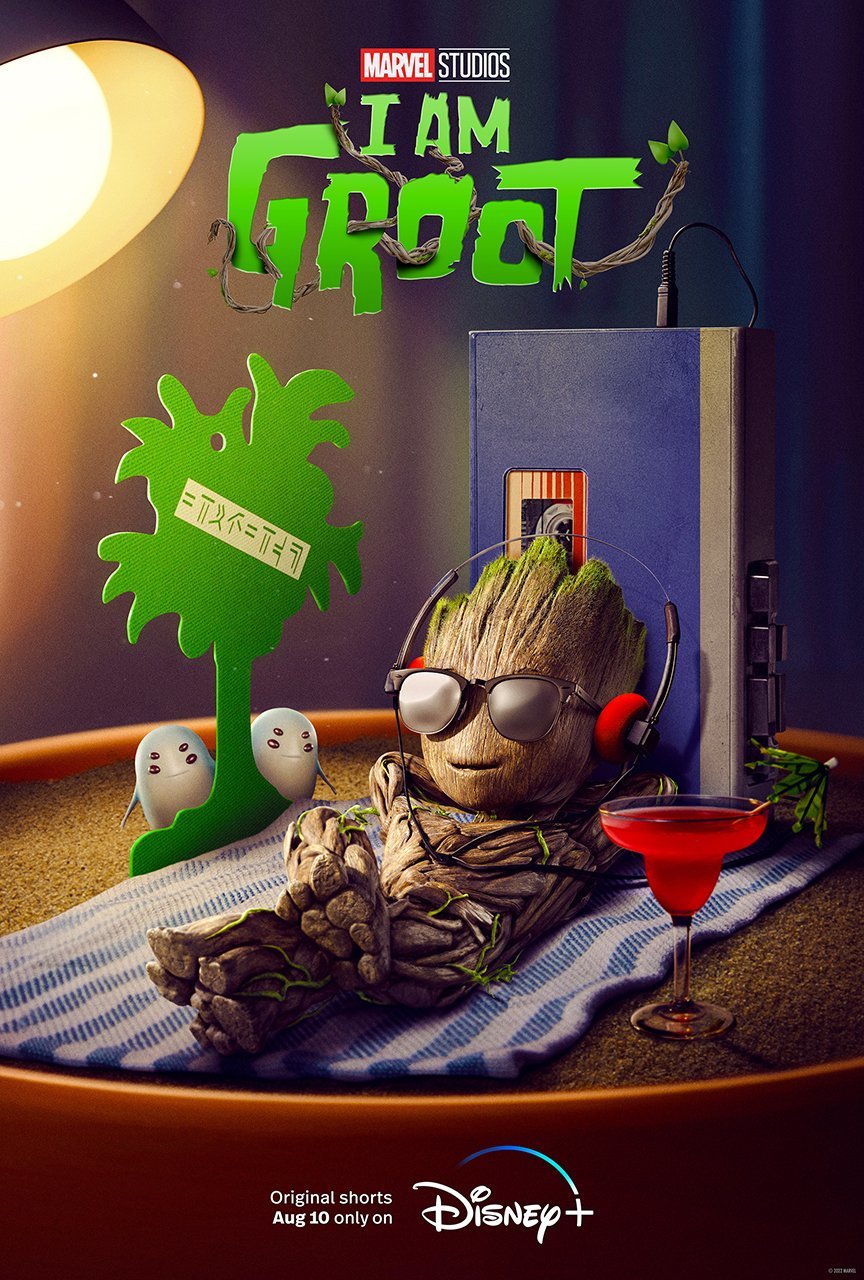 While the summer has generally been quite quiet when it comes to game releases, film and TV has not faced the same fate. Following up to the busy schedule of July comes a truly crammed August, where we can look forward to a range of films and series, landing both in cinemas and on your favourite streaming services.

But before we dive into all the goodies in this next instalment of Screen Time, a quick word of warning. We’ve based our picks on a UK release calendar, so be sure to check your local cinema for accurate listings and dates. With that out of the way, let’s crack on.

This is an ad:

If you’ve ever wondered what John Wick would be like if the character was played by Brad Pitt instead of Keanu Reeves and took place on a Japanese bullet train instead of across mainly America, then boy do we have the film for you. Known simply as Bullet Train, this movie sees Pitt’s leading character facing off against rival assassins who all seem to have similar missions.

August is shaping up to be a pretty huge month for Netflix and its subscribers, and to kick things off is the drama-fantasy series based on Neil Gaiman’s works: The Sandman. Framed around a wizard known as Dream or often Morpheus at times, this show shows the efforts of the leading wizard as he looks to reacquire his lost objects of power following years of being imprisoned by Death itself.

This is an ad:

When you think of the Predator franchise these days, it’s usually the Arnold Schwarzenegger-led movie that comes to mind, but this August is seeing a new individual taking on the alien hunter. Prey will show what happened when a Predator came to Earth 300 years ago, and landed right in the middle of the Comanche Nation. This movie will see the native american warriors fighting and facing off with the incredibly well-equipped alien bloodsport hunter as it looks to add another trophy to its collection.

After a couple of years of being an annually released season on Netflix, Locke & Key will officially be coming to an end in the first half of August 2022. Wrapping up the story of the Locke siblings, this season will see the trio facing the most challenging threat to date and will see them having to bond and work together like never before if they hope and intend to survive.

Disney and Marvel are continuing their efforts of using characters already introduced in the Marvel Cinematic Universe to produce shows, and the latest character to get this treatment will be none other than the Guardians of the Galaxy’s Groot. The show, fittingly named I Am Groot, will be a series of shorts featuring the baby version of Groot, as it gets up to all kinds of crazy antics.

Even though Dota: Dragon’s Blood only started back in 2021, the show is already looking to serve up its third season this August, when Book 3 lands on Netflix. Continuing the journey of Dragon Knight Davion and the princess Mirana, this show will further explore the animated version of Valve’s hit video game.

What do Jamie Foxx, Dave Franco, and Snoop Dogg all have in common? They’re all vampire hunters. Or at least they all portray vampire hunters in Netflix’s upcoming action-comedy Day Shift. Coming from the team who helped bring John Wick to life, this movie sees Foxx’s character looking to use his vampire-slaying talents to make enough money to pay for his daughter’s school tuition and braces.

As well as being a comedy skit legend, Jordan Peele has grown to become one of the top horror directors in Hollywood. His latest flick, Nope, which stars Daniel Kaluuya, Keke Palmer, and Stephen Yeun, takes place in an isolated part of California, and revolves around the residents of a small town who ended up witnessing an unexplainable and terrifying discovery.

While August 2022 will see the release of the I Am Groot series of shorts, this month will also see the beginning of the next Marvel Cinematic Universe live-action TV series. She-Hulk: Attorney At Law depicts Jennifer Walters and how she navigates the world after inheriting the powers of the Hulk and becoming a six-foot seven-inch superhero after getting a blood transfusion from Bruce Banner himself.

It was only recently that Cuphead’s The Delicious Last Course DLC released, and since then the post-launch content has achieved massive amounts of success. But that’s not the only bit of Cuphead to look forward to, as the second season of The Cuphead Show on Netflix is also arriving this August, and will be bringing a whole bunch of new adventures with the porcelain protagonists and their new ally, the shiny Chalice.

In an age of Monsterverse movies, you might think that a particularly nasty lion wouldn’t exactly be all that much of a problem or a terrifying threat. But, as Idris Elba’s upcoming adventure-drama flick Beast reveals, the carnivorous predators are a threat that absolutely shouldn’t be taken lightly. With Sharlto Copley also starring, this movie will see what happens when a family is hunted by a rogue beast that has but one goal: proving there is only one apex predator.

What happens when mom takes the kids away for the weekend and leaves dad alone with one of his oldest friends? That’s precisely the question that Netflix’s comedy, starring Mark Wahlberg and Kevin Hart, is looking to answer. Set to arrive on August 26, Me Time is looking to be a movie that is full of laughs.

While you might be familiar with the name Cassian Andor, this character isn’t one of the most well-known faces in A Galaxy Far, Far Away. The Disney+ original show Andor is looking to rectify this however, as it’s here that we’ll get to learn a whole lot more about the iconic Rebel and how he rose to prominence in the fight against the Empire.

There we have it. August 2022 is a truly packed month when it comes to movies and TV, and there really does seem to be something for everyone. But, if there isn’t, be sure to return in a month’s time, where we’ll see if September 2022 has something for you on the next edition of Screen Time.

Ruben Randall - January 16, 2023 0
Actor
An image has been revealed of the first script reading for “Doom at Your Service”! The upcoming fantasy romance drama is about a...