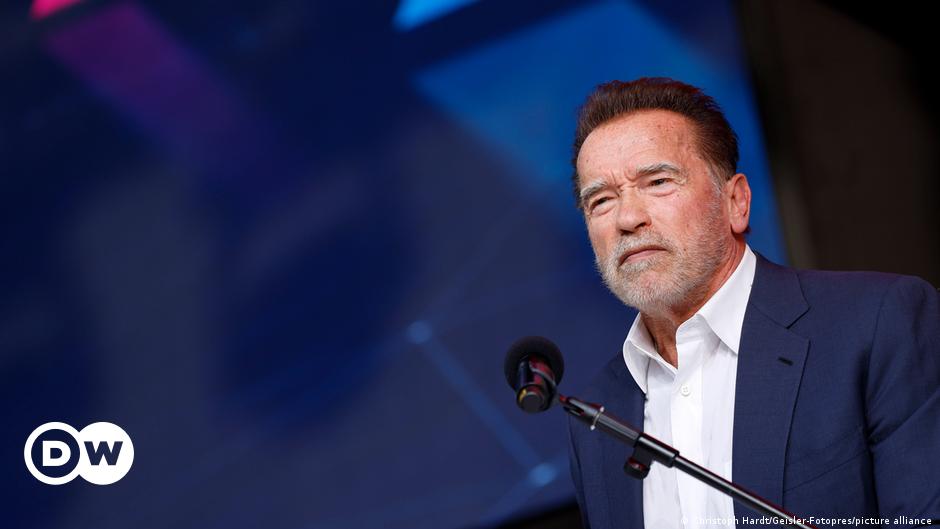 “This is an illegal war,” said Schwarzenegger in a rousing nine-minute video posted Thursday that has already been viewed almost 22 million times on Twitter. “Your lives, your limbs, your futures are being sacrificed for a senseless war condemned by the entire world.”

Subtitled in Russian, the video has also been posted on YouTube and Instagram, which are currently blocked in Russia, but also on the Telegram messaging app that can still be accessed.

The former world bodybuilding champion spoke of his “affection and respect for the people of Russia” — with whom he is very popular through a long association with the country. But he warned that “there are things going on in the world that have been kept from you, terrible things that you should know about.”

Schwarzenegger also spoke of how as a young bodybuilder he was inspired by a Russian: world weightlifting championship, Yury Petrovich Vlasov, who he met as a 14-year-old boy in Vienna.

“I went home and put his photo above my bed,” Schwarzenegger recalled. “It inspired me when I started lifting weights, but it angered my father. He didn’t like Russians, because of his experience in the Second World War.”

Having fought for the Nazi army during the failed Siege of Leningrad (current day Saint Petersburg), Schwarzenegger’s father believed German propaganda about the Russians, although the Germans “did vicious harm to that great city and to its brave people.”

But the young teenager refused his father’s order to take down Petrovich’s picture. “It didn’t matter to me what flag he carried,” he said.

Warning Russian troops currently fighting in Ukraine for a lie — they have been sent to “de-Nazify” a country with a Jewish president, whose three uncles were murdered in the Holocaust — Schwarzenegger said his father was “broken physically and mentally” when he returned from fighting in Leningrad.

As the video shows bombed-out streets in Ukraine and the shelling of civilians, the former governor of California called on the Russian people to “spread the truth,” so that fellow citizens “know the human catastrophe that is happening in Ukraine.”

He also appealed to Russian President Vladimir Putin — the “Terminator” star is one of only 22 people the leader’s official account follows on Twitter: “You started this war. You’re leading this war. You can stop this war now.”

Schwarzenegger also made special mention of Russians protesting the war in the face of police brutality and arrests.

“The world has seen your bravery,” he said. “You are my new heroes. You have the strength of Yury Petrovich Vlasov. You have the true heart of Russia.”

“This came from Arnold’s heart, not the government,” said Schwarzenegger spokesman, Daniel Ketchel, when quizzed by the New York Times about the motivation for the post.

US Secretary of State Antony Blinken referred to the address in a Tweet also pitched to Russian citizens.

“As @Schwarzenegger explains,” Blinken wrote, “we do not blame the people of Russia, and we need you to know what your government is hiding from you.”