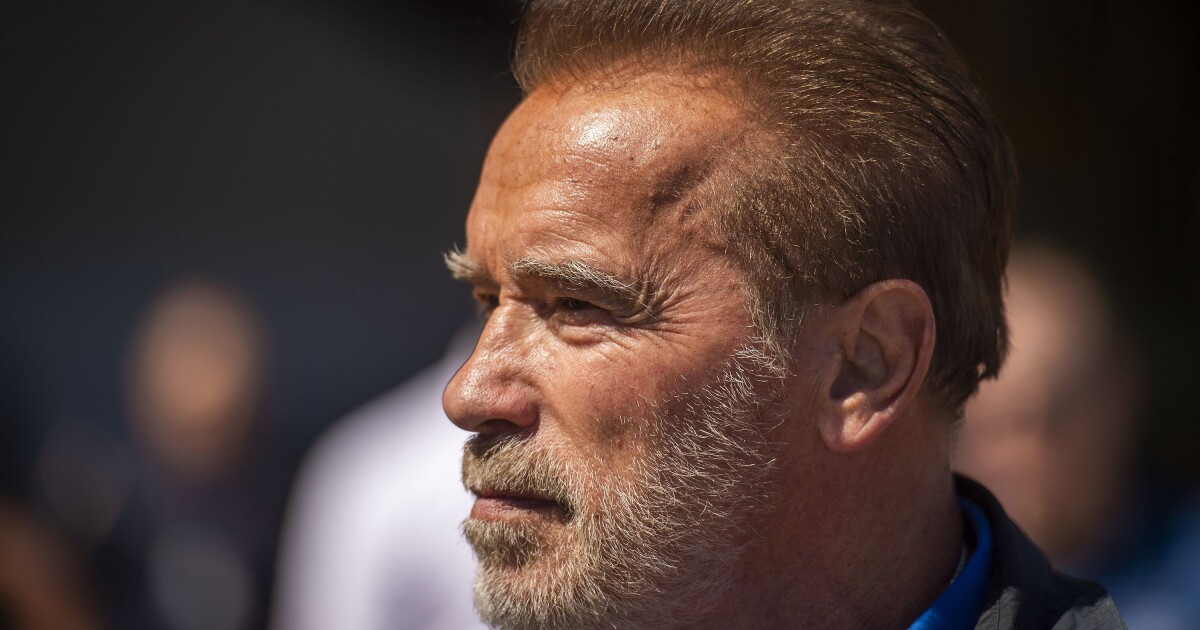 In a nine-minute video posted Thursday, former California Gov. Arnold Schwarzenegger pleads with the Russian people to see the truth about the war in Ukraine, invoking his father’s Nazi past to illustrate the power of lies.

Schwarzenegger in the now-viral video says he’s sending the message through different channels in an attempt to punch through propaganda and reach Russian citizens and Russian soldiers fighting in Ukraine. He noted a long history with Russia, traveling there to film movies and meet bodybuilding fans — as well as his adoration for a Soviet-era weightlifter.

The message arrives as Russia’s war on Ukraine enters its fourth week, with no sign of a respite.

“No one likes to hear something critical of their government, I understand that,” Schwarzenegger says, “But as a longtime friend of the Russian people, I hope you hear what I have to say.”

In the video, the Austrian-born action movie star debunks claims he attributes to the Russian state that the war was started to “de-Nazify” Ukraine. He adds that the Russian government lied to its people and even its own soldiers, calling out the brutality of the country’s actions.

Rescuers on Thursday were pulling out survivors from the rubble of a nighttime airstrike on a theater where more than 1,000 people had sheltered in the besieged port city of Mariupol. Ukrainian officials were also assessing the war’s toll in Chernihiv, northeast of Kyiv, where at least 10 civilians were reportedly killed while waiting in a bread line.

Pentagon officials, in what they call a conservative estimate, say more than 7,000 Russian troops have died in the war — far more than the 500 officially recognized by Moscow. Kyiv has so far acknowledged the deaths of 1,300 Ukrainian troops.

“When I see babies being pulled out of ruins, I think that I’m watching a documentary about the horrors of the Second World War, not the news of the day,” he says.

His father, who fought with the Nazi army, was injured in Leningrad — now St. Petersburg — during World War II.

When he arrived, “he was all pumped up on the lies of his government,” Schwarzenegger.

But by the time he left, “he was broken, physically and mentally” he said, adding, “I don’t want you to be broken like my father.”

Schwarzenegger describes how in 1961, at the age of 14, he met the Russian man who became his hero — Yury Petrovich Vlasov.

That year, Schwarzenegger traveled to Vienna to watch the World Weightlifting Championships, where Vlasov captured the championship title.

After meeting Vlasov backstage and shaking the powerful man’s hand, Schwarzenegger put up a photo of Vlasov in his room. His father, still bitter from his war days, asked him to take it down — and to find a German or Austrian hero.

Father and son argued, but Schwarzenegger said he didn’t take it down.

“Because it didn’t matter to me what flag Yury Vlasov carried,” he said.

Later, Schwarzenegger traveled to Moscow to shoot “Red Heat,” the first American movie permitted to be filmed in Red Square, where he reconnected with Vlasov.

In the video, Schwarzenegger also addresses the Russian president directly.

He concludes the video by expressing his admiration for those protesting the war in the streets of Russia, calling them his “new heroes.”

If Deshaun Watson is suspended for the full year, who’ll play quarterback for the...

Ruben Randall - August 11, 2022 0
Money
Sean Murray is an American-Australian actor. Primarily, he is famous for his role as Timothy McGee on NCIS, which makes sense because he has...