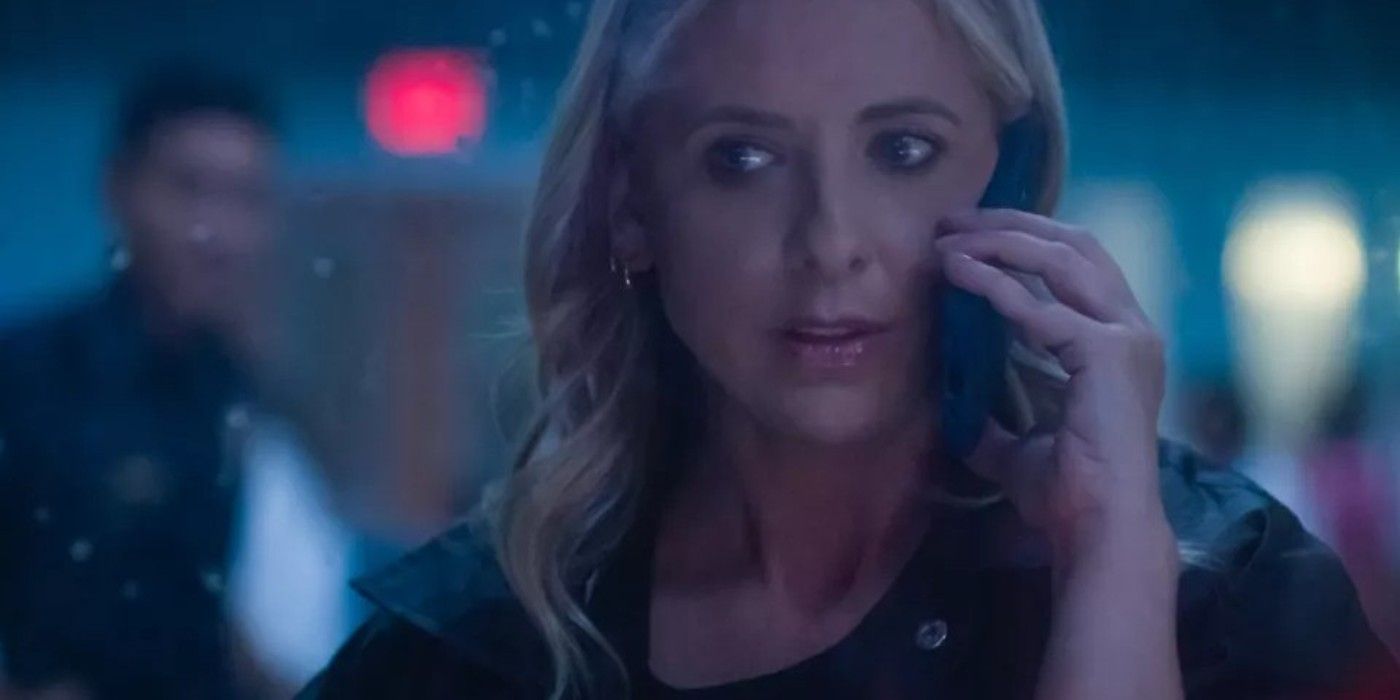 Wolf Pack‘s pilot finds California high school students Everett (Armani Jackson) and Blake (Bella Shepard), along with a busload of classmates, caught in a devastating wildfire. In the midst of attempting to escape the disaster — as well as avoid rampaging animals — the two are bitten by a wolf. As a result, Everett and Blake begin to develop unnatural abilities. They reluctantly agree to join forces in order to figure out what creature attacked them. Soon enough, the duo encounter Luna (Chloe Rose Robertson) and Harlan (Tyler Lawrence Gray), two werewolf siblings themselves who may or may not have a connection to the creature wreaking havoc in their lives.

Making her return to supernatural television is Buffy the Vampire Slayer’s Sarah Michelle Gellar, who portrays Kristin Ramsey, an arson investigator convinced another pupil is behind the fire. Lost‘s Rodrigo Santoro plays Garrett, the father of Luna and Harlan. Gellar and Santoro recently spoke with CBR about stepping back into the world of YA horror, their characters’ motives, and the Buffy legacy.

CBR: Sarah, what drives your character, Kristin Ramsey, this season?

Sarah Michelle Gellar: Well, that’s an interesting question because I can tell you what drives her in the beginning, but I can’t tell you what is actually motivating her. When we meet her, she is a by-the-book arson investigator. While there is this whole other storyline of werewolves and your side of it, she is really just there to figure out who started the fire. She doesn’t care who are kids, who are adults. She just wants answers, and she’s very no-nonsense in that sense. So that is her motivation in the beginning. Anything after that, I’d have to kill you if I told you.

We only get brief glimpses of Kristin in the first two episodes. What do you enjoy about that slow burn?

Gellar: Because the reveal is so worth it. You just don’t see it coming. It’s going this way, then it goes this way, and then it goes this way. Normally with characters I play, it’s right there. Boom. This was so much fun to get to sort of build and go, “Why is she there? Where does she fit into all of this?” Throughout, there are little breadcrumbs dropped. You have to really pay attention because you will get to Episode 8 and be like, “Oh my gosh. That’s why that was there in Episode 2,” or “that’s why that happened in Episode 1.” You won’t realize it until the end.

Rodrigo, can you introduce us to your character, Garrett, and what kind of father he makes?

Rodrigo Santoro: Good question. Garrett is a park ranger. He’s a father of two teenagers. What kind of father? I think he’s trying to be a real good father, but he is constantly in conflict with the responsibilities of fatherhood and also morality. I cannot talk more about this, which would be a spoiler. Like Sarah was saying, as you go with the episodes, you can understand why he is really deep into that conflict. He raised these two kids on his own, by himself. I think he is trying to be a real good father, but it’s just not easy because of the nature of this family. It’s a very interesting dynamic.

Sarah, what’s it like to be considered an icon in the supernatural genre? What’s it been like coming back and starring in a supernatural television series after leaving such a legacy behind with Buffy?

Gellar: Well, I make sure on my trailer door it says icon, legend. It’s not something you ever think of yourself as that. I was fortunate to be part of a show that lives on and is still meaningful and that people are still finding, and it’s still resonating. That’s really special, but it’s a genre where storytelling is so right. What do we say? Superhuman allows you to tell the most human stories because you are able to suspend all of the other parts of it to really get to the core. I am just excited to be a part of it.

The Russo Bros. Want to Do an ‘Experimental Musical’ With The Weeknd

Ruben Randall - November 13, 2022 0
Money
Once again, a feud broke out on social media involving outspoken alpha-male celebrities of the cryptocurrency market. Only this time, what followed was tens of billions of dollars of...