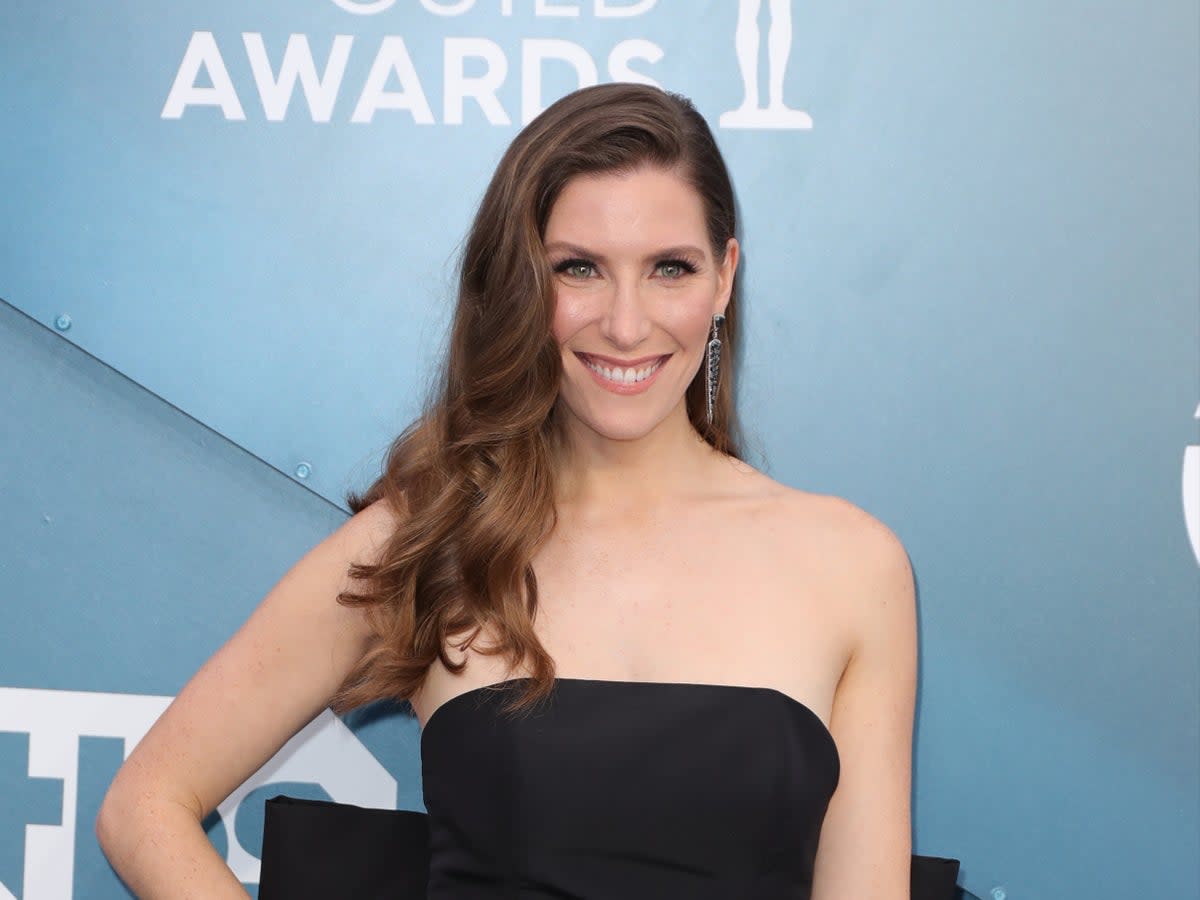 Actress Sarah Levy has revealed how she honoured her father comedian Eugene Levy with the name she chose for her newborn child.

The 35-year-old Schitt’s Creek star announced the birth of her first child on Tuesday with a post on Instagram of her son’s feet. In the caption, she revealed the child’s full name and that he was born earlier than expected.

“He decided to make an early entrance but we are so glad [that] sweet James Eugene Outerbridge is in the world,” he wrote.

As Levy’s father’s name is Eugene, it appears she paid homage to her dad with James’s middle name.

In the comments, famous friends and fans congratulated the first-time mother.

“Congratulations!!!! So happy for you I hope I get to cuddle him,” actor Melanie Scrofano wrote, while Silent House star Julia Chan added: “Overjoyed for you!”

Levy announced on Instagram in May that she and husband Graham Outerbridge were expecting their first child.

Her former co-stars on Schitt’s Creek also expressed their support for her and her family in the comments.

“REMEMBER HOW YOU’RE PREGNANT?!,” Annie Murphy wrote, while Jennifer Robertson said: “I’m SO excited for you and Graham!…I’ll send you All Dressed chips from Canada!!”

Although they didn’t publicly announce their impending nuptials, Levy and Outerbridge officially tied the knot in October 2021. On Instagram at the time, Levy’s brother, Dan Levy, shared photos from her wedding and a sweet message to his sister.

“My sister got married this weekend,” he wrote in the caption. “This is absolutely not a photo of us screaming the lyrics to S Club Party on the dance floor. Love you, @sarahplevy.”