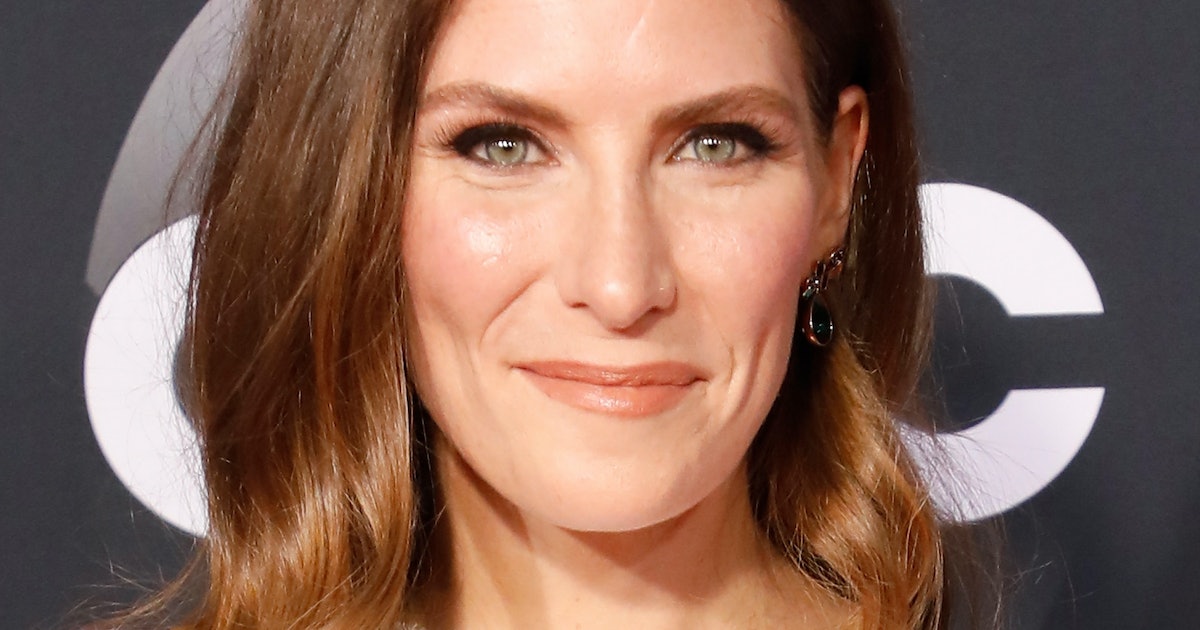 Sarah Levy appreciates the importance of family. After all, the Schitt’s Creek star has a pretty incredible one of her own with dad Eugene Levy, brother Dan Levy, and mom Deborah Divine. The 35-year-old Canadian actress recently announced the birth of her first baby with husband Graham Outerbridge, and Twyla fans are so happy for her! Keep reading to discover a little more about Levy’s home life.

Levy and Outerbridge started dating around July 2019, when the SurrealEstate actress posted a lovey-dovey photo to Instagram of the two drinking wine outside. She captioned it with two emojis “👫✨,” and it was clear from her laugh and the way he smiled at her that they were together.

On Levy’s birthday, Sept. 10, 2019, Outberbridge posted the cutest selfie and tribute to his girlfriend, telling the world how much he loves her. He wrote, “Happy Birthday @sarahplevy — I love you so much and let’s be honest, how lucky am I that you chose me? Love you sweet lady!”

They are both in show business.

Long before Levy played Twyla, she starred in several other hit shows. She’s appeared in Lary Crowne, Best Intentions, and Working the Eagles. Recent projects include Distancing Socially and Patty’s Auto, a new Fox TV series where she will play Jenna, a service technician going through a divorce and raising two sons.

Outbridge is an actor as well. He’s appeared in Guiding Light, Squirrel & Donkey Show, The Britishes, Agents of S.H.I.E.L.D., The Inspectors, and Pretty Problems. He is also co-producer of Distancing Socially.

They rescued dogs together.

Levy already has at least three dogs. She introduced one as “Twyla! (The dog)” on Instagram and another as “Mac.” How adorable is that?

The lovebirds got married on Oct. 16, 2021. Levy posted a picture of a photobooth strip to days later, where she is in a wedding gown and her husband is wearing a white dress shirt and black tie for the black-and-white photos. She captioned it, “Bells are ringing ✨✨10.16.2021.” She also shared a carousel of photos from the event on Nov. 21, 2021, where you can see the pure joy from the event.

Dan shared a picture from the event as well, writing, “My sister got married this weekend. This is absolutely not a photo of us screaming the lyrics to S Club Party on the dance floor. Love you, @sarahplevy.”

On Oct. 31, 2021, Outerbridge posted a stunning shot from the day, which he captioned, “Happiest day of my life.”

They welcomed their first child together in July 2022.

Levy announced her pregnancy news in such a laidback way. On May 16, 2022, the actress posted a picture in pink-and-white striped shorts, a casual beach button-down, and summer hat. Her shirt is unbuttoned to reveal her bump, and she has one hand cradling the baby.

“We’ll take all the salt & vinegar chips and the hottest hot sauce you have, thx!” she captioned the photo, referencing her pregnancy cravings.

Dan commented on the post, writing, “I’ll finally like a baby! (Minus a few select others).” Their Schitt’s Creek co-star Annie Murphy (Alexis) wrote, “REMEMBER HOW YOU’RE PREGNANT?!”

A couple months later, the actress announced the birth of her son with Outerbridge on July 5, 2022, revealing her son is named after her dad. “He decided to make an early entrance but we are so glad sweet James Eugene Outerbridge is in the world ✨,” Levy wrote.

Several fans commented on the exciting news, including her Schitt’s Creek co-star Emily Hampshire (Stevie Budd), who wrote, “♥️♥️♥️♥️♥️congrats! He always has an auntie em!”

This little family is absolutely adorable!

What Parents Are Talking About — Delivered Straight To Your Inbox