Sandra Bullock and Daniel Radcliffe shared lots of laughs in an interview about the sexy scenes in “The Lost City.”Getty Images

Sandra Bullock said Daniel Radcliffe helped her the most with her sexy scenes on the set of “The Lost City.”

“I was the intimacy coach and I was just basically saying, ‘crack on there, guys, you guys got this,'” Radcliffe joked in a new interview with Popsugar. The pair implied that Radcliffe was just beyond the frame when Bullock and their costar, Channing Tatum, got up close and personal on camera.

“Daniel also served as HR and was sort of there to say you guys you crossed the line Sandy you need to pull it back a little bit. So, he was just down there just off-camera,” Bullock joked.

“Getting a lot of complaints,” Radcliffe chimed in. 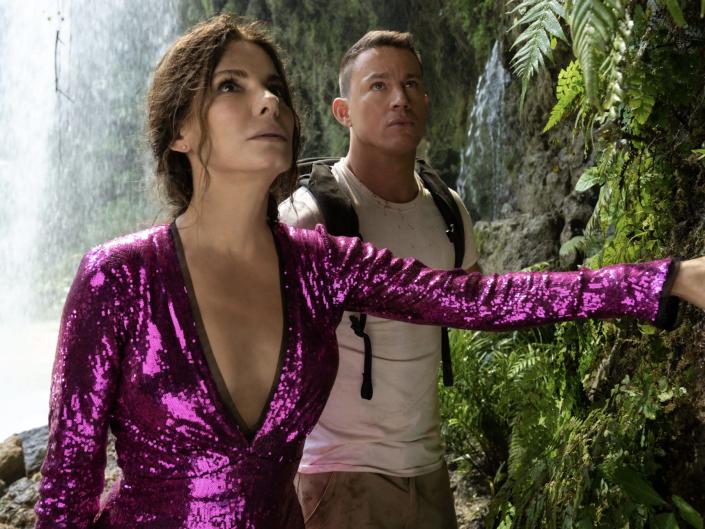 Sandra Bullock and Channing Tatum in “The Lost City.”Paramount

The actors appear alongside Tatum, Brad Pitt, Da’Vine Joy Randolph, and Oscar Nuñez in the comedic action-romance film about a reclusive writer (Bullock) who has been kidnapped by a real-life super villain (Radcliffe). In the movie, Tatum plays the sexy cover model helping to promote the books penned by Bullock’s character who sets out to rescue her from Radcliffe’s character.

The sexpot role is nothing new to the “Magic Mike” star, who recently joked about needing to apologize to Kristen Bell’s husband Dax Shepard for how much Bell enjoyed the steamy live show based on the film series when she saw it in London.

See also  When did Arnold Schwarzenegger have an affair with his housekeeper Mildred Baena?

“The Lost City” is currently in theaters. You can watch the trailer below.

Read the original article on Insider