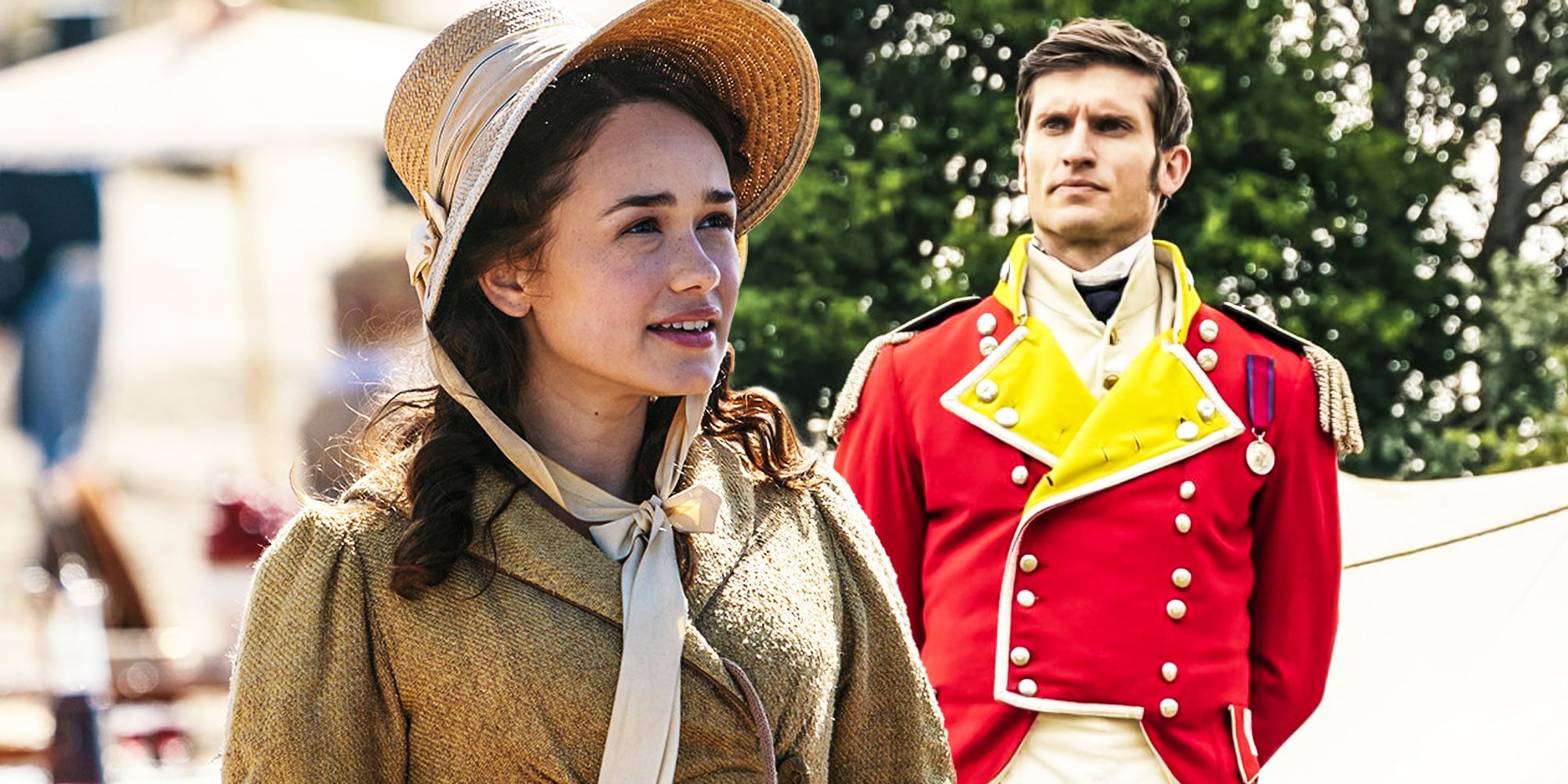 Colonel Lennox and the Army’s presence in Sanditon is now a problem. They are no longer acting honorably, which has ramped up season 2’s excitement.

Colonel Francis Lennox (Tom Weston-Jones) and his soldiers acting as villains have made Sanditon season 2 great. Lennox and his regiment’s arrival in Sanditon was initially a cause for celebration and the seaside resort town took pride in the British Army’s presence. However, Lennox and his key personnel have behaved dishonorably, and the people of Sanditon have noticed. Best of all, the British Army has generated tension and given Sanditon season 2 greater stakes than before.

Sanditon season 1 didn’t really have villains who threatened the entire town. Charlotte Heywood (Rose Williams) initially mistook the late Sidney Parker (Theo James) for a malicious person who made money off the slave trade. But after Miss Heywood realized she was mistaken about Sidney, they both began to act on their romantic feelings toward each other. Meanwhile, Sir Edward Denham (Jack Fox) and Clara Brereton (Lily Sakofsky) conspired to swindle Lady Denham (Anne Reid) out of her fortune while Esther Denham (Charlotte Spencer) cruelly rejected the romantic overtures of Lord Babington (Mark Spencer). But Esther turned out to be a better person than she behaved while Edward and Clara’s treachery was exposed. For her part, Lady Denham isn’t the nicest person in Sanditon by any means, but she’s not a malevolent threat to the town and its people.

Related: Sanditon Season 2: There’s Something Off About Colonel Lennox

By Sanditon season 2, episode 4, the shining patina of Colonel Lennox and his regiment has been stained. The upright and noble-seeming Lennox is obviously scheming. He has romantic intentions toward Charlotte but Lennox is openly hostile towards her employer, Alexander Colbourne (Ben Llyod-Hughes), because they once loved the same woman who married Colbourne instead of the Colonel. Lennox’s behavior at Lady Denham’s garden party was that of a swaggering heel who takes advantage of his power and authority. Further, the Colonel refuses to pay the mounting debts of his soldiers and he stonewalls Tom Parker (Kris Marshall) about the money his troops owe and about the barracks Tom wants to build for the Army in Sanditon. Lennox’s endgame isn’t clear but his regiment can threaten the entire town of Sanditon if he desires. The reality of Colonel Lennox’s machinations towards Charlotte and Sanditon is now finally dawning on Tom Parker, and he realizes that he should have heeded the warnings of his brother, Arthur (Turlough Convery).

Meanwhile, Captain William Carter (Maxim Ays) was exposed as a liar and a fraud when he proposed to Alison Heywood (Rosie Graham), and this is another love triangle that has worked wonders in Sanditon season 2. Carter deceived Miss Heywood about his heroics and their supposedly shared interest in poetry but Alison found out the truth when she nearly drowned. William, who claimed to know how to swim, didn’t save her. Although Captain Declan Fraser (Frank Blake), who is perhaps the only honorable soldier among Sanditon season 2’s new characters, knew Carter was lying, he still did nothing to prevent it. Of course, this jeopardized Fraser’s own chances of romance with Alison. Plus, according to Fraser, Carter has caused similar harm to other women in the towns their regiment camped in and he still allowed Carter to pursue Alison.

Finally, Sir Edward has ramped up his own villainy. Now that he knows Clara gave birth to his son, Sir Edward got engaged to her in order to make their child a legitimate Denham. But this is only because their son would inherit Lady Denham’s fortune, which Edward would control. Cruelly, Edward has also stolen all of Lord Babington’s letters to Esther to make her believe her husband no longer wants her and to break her emotionally. Edward also owes the Army money, which is why he needs Lady Denham’s inheritance. It’s also possible Edward urged Lennox to come to Sanditon so that their regiment can bleed the town dry. Colonel Lennox and his regiment arrived in Sanditon as heroes but now that they are obviously villains, the drama of Sanditon season 2 has been intriguingly elevated because what can the town do against the British Army?

Next: Why Theo James Not Returning For Sanditon Season 2 Is So Disappointing


John Orquiola is a Features staff writer and interviewer who has been with Screen Rant for five years. He began as a director’s assistant on various independent films. As a lover of film and film theory, John wrote humorous movie reviews on his blog, Back of the Head, which got him noticed by Screen Rant. John happily became the Star Trek guy at Screen Rant and he leads Feature coverage of the various Star Trek series, but he also writes about a wide range of subjects from the Marvel Cinematic Universe to Cobra Kai. His other great nerdy love is British TV series like The Crown, Downton Abbey, and Killing Eve. John can be found on Twitter @BackoftheHead if you want to see photos of the food he eats.

Ruben Randall - June 29, 2022 0
Actress
Image via Getty/Slaven VlasicAmanda Seales isn’t pleased with being left off the farewell episode of the talk show, The Real.The actress took to Instagram...

Thupparivaalan 2: Shooting Of Vishal’s Directorial Debut Film To Commence From...