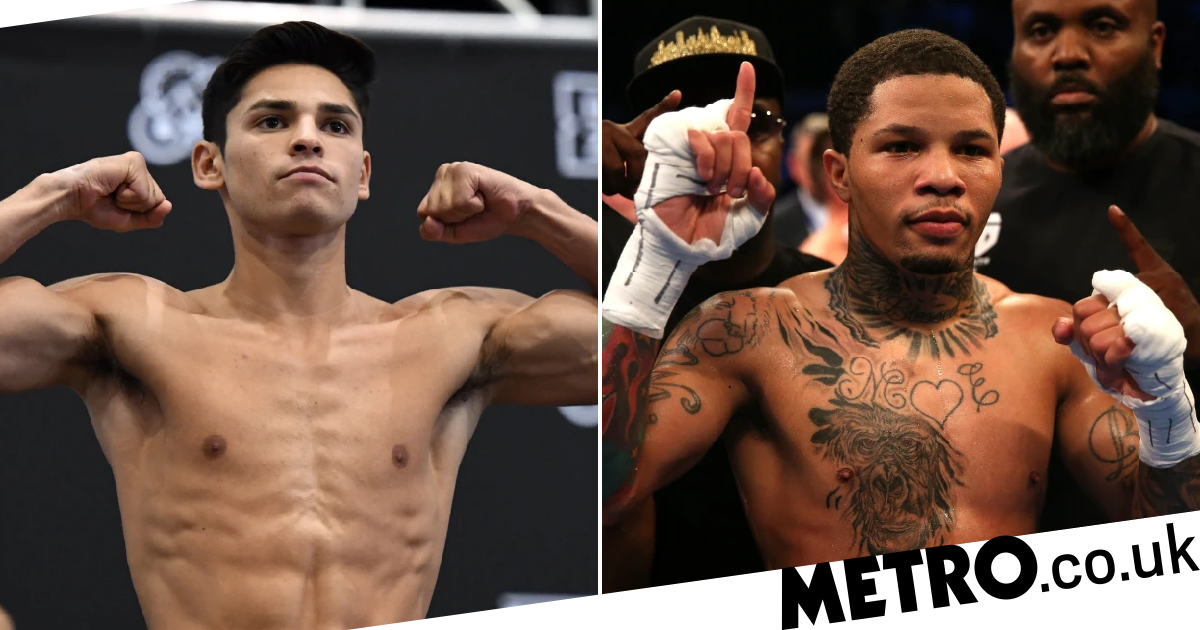 Golden Boy Promotions president Eric Gomez has admitted negotiations for the Ryan Garcia vs Gervonta Davis fight are now at a complete stand-still – with talks for a bout against Teofimo Lopez this December now firmly underway.

After thrilling summer victories with Garcia knocking out Javier Fortuna and Davis silencing Rolando Romero with another devastating stoppage, calls for one of the most eagerly-anticipated bouts in world boxing heightened.

But the undefeated sensations remain separated by different promotion companies and television deals, with negotiations to get the fight on having so far shown little promise.

While talks to confirm a fight for another Golden Boy fighter Gilberto Ramirez to fight Dmitry Bivol in November took a ‘week, a week-and-a-half tops’ to conclude, Gomez has found no such luck during his talks with Premier Boxing Champions [PBC], Davis’ promoters.

‘There has been nothing at all,’ Gomez told Metro.co.uk in Abu Dhabi at a press conference for Bivol vs Ramirez, which takes place on 5 November.

‘We have tried to communicate with PBC and they are not communicating with us. I have had maybe two phone calls with Leonard Ellerbe and we were supposed to be getting this proposal, we have been waiting, it seems like, a month now. So we have other plans.’

Those plans include a meeting with former unified lightweight champion Lopez, who made his super-lightweight debut in a victory over Pedro Campa this month.

24-year-old Garcia also made the move up to 140lbs from lightweight in his last outing, with Golden Boy chairman Oscar de la Hoya now leading talks to make the fight against Lopez happen with a December date being targeted.

‘We are looking at that and Ryan is open to fighting Teofimo Lopez and it would be a great fight.’

While Golden Boy have not ended negotiations to make the Davis fight happen, Gomez admits ‘the writing is on the wall’ and says the lack of urgency from the opposing camp has been a major concern.

‘When you are waiting over a month to try and negotiate, or to get something planned out or to get some sort of proposal and they are just not communicating, it makes it very tough.

‘The writing is on the wall. This is a big enough fight, if they are eager to make the fight and they are truly willing to make it, it doesn’t take over a month.

‘We are always open. We are willing to work with everybody, we don’t have any closed doors. We are hopeful. If Gervonta really wants to fight he is going to have to push his people. Like Ryan pushed us. We came to the table but no one was there.’

Asked if Davis truly wants the fight next, Gomez added: ‘ I don’t know for sure. He says all the right things.

‘I don’t know him personally but you have to take his word for it, that he is being sincere. But when his people don’t want to show up to the negotiating table, it makes you think.’


For more stories like this, check our sport page.