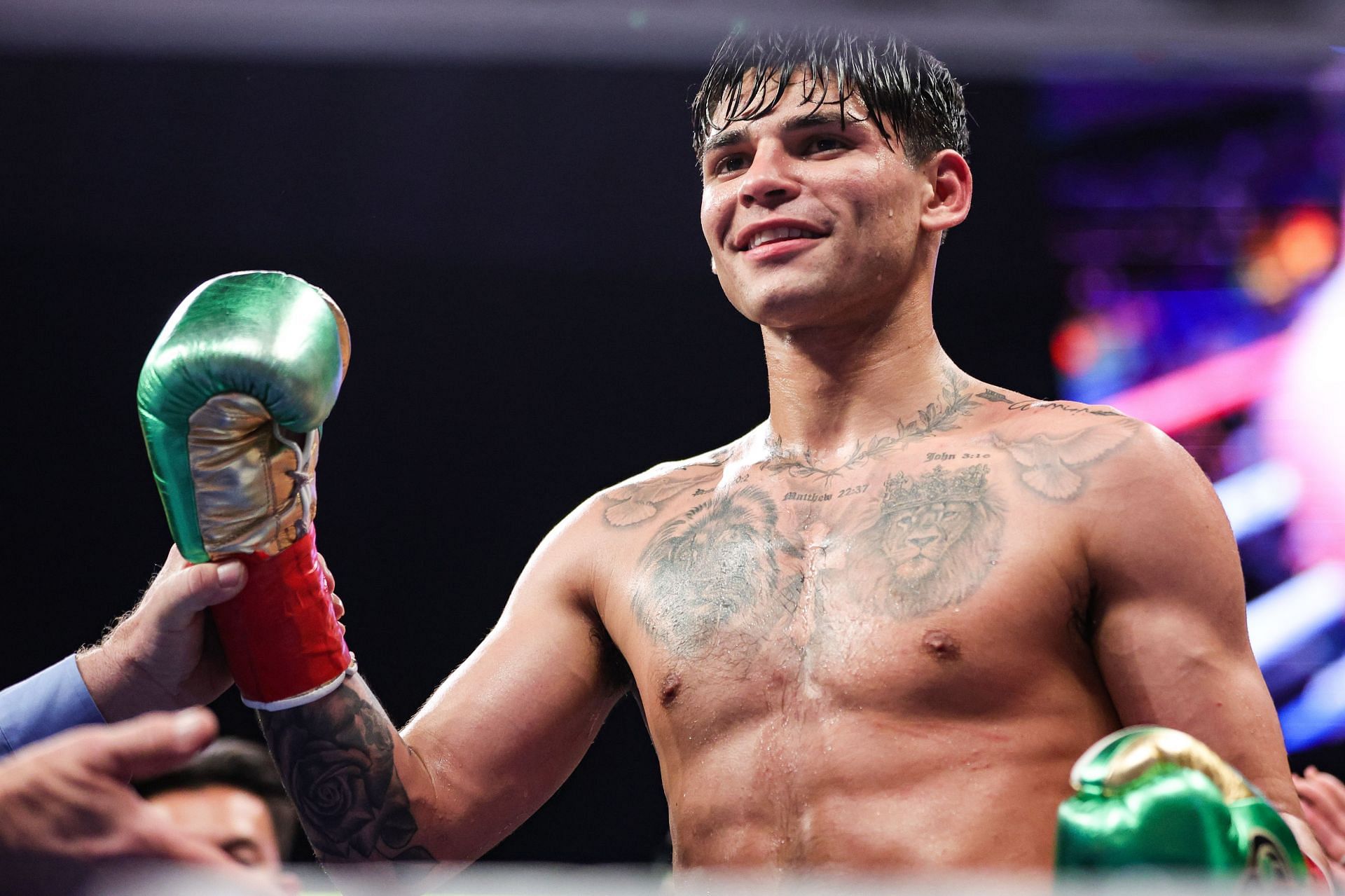 Ryan Garcia looks powerful and explosive in training as he prepares to fight Javier Fortuna on July 16 at the Crypto.com Arena in Los Angeles. Garcia will be looking to extend his unbeaten record to 23-0.

Ryan Garcia and Fortuna were meant to face off last July but ‘KingRy’ pulled out of the bout due to suffering from mental health issues.

From the footage, it appears that Garcia is working on developing his left hook. ‘KingRy’ throws the punch with different combinations on the mitts and throws it relentlessly on the boomerang bag.

With Garcia being one of the taller fighters at 135 lbs, he might be hoping to land this punch on shorter fighters as they come into his range. When combined with his outstanding hand speed, it could become an effective counter punch for him.

Since teaming up with Joe Goossen, Garcia appears to be rejuventated. The young star was previously trained by Canelo Alvarez’ trainer, Eddy Reynoso. He decided to change his coach due to claims that Reynoso did not give him the same level of attention.

After more than a year out of the ring, Garcia made his return against Emmanuel Tagoe on April 9 in San Antonio. Garcia showcased his phenomenal hand speed to capture a 12-round unanimous decision over his Ghanaian opponent. Tagoe was dropped in the second round from a devastating right-hook.

Watch the fight highlights between Garcia and Tagoe:

There is now speculation that if Garcia can come through Fortuna, he could fight Gervonta Davis. ‘Tank’ is also considered one of the hottest young talents in boxing and currently holds the WBA (Regular) Lightweight Championship.

Fortuna has only been stopped once in his career, which was against Jason Sosa back in 2016. Therefore, Garcia can make a huge statement if he becomes only the second man to knock Fortuna out.

At 23, Garcia is almost ten years younger than Fortuna and will undoubtedly be the more athletic fighter in the ring.

However, ‘KingRy’ must also be wary of Fortuna’s punching power. With 26 out of 37 wins coming via knockout, ‘El Abejon’ has shown that he is powerful in his own right. Most notably, Fortuna is coming off a first round knockout victory over Rafael Hernandez earlier this year in February.

Regardless, the last time Garcia faced a southpaw was back in 2021 against Luke Campbell. Despite being dropped in the second round, he landed a destructive body shot in the seventh round to force a stoppage.

Consequence And Talib Kweli Go At It Over Kanye West Support