Russian oligarch Roman Abramovich’s $808 million superyacht has been booted from a marina in Turkey, but Turkish authorities have allowed his other giant vessel to stay.

According to marine tracking data, the 140-metre long Solaris is now sailing in the Aegean sea after it was forced to leave the picturesque port of Bodrum.

The Bermuda-flagged luxury yacht Solaris, complete with helipad, had been docked at the southern Turkish port since March 22, after departing from Montenegro.

Abramovich’s 140-metre long superyacht “Solaris”, rumoured to be the most expensive ever built. (Julien Hubert)One day after Solaris tied up, Mr Abramovich’s other giant superyacht, the Eclipse, docked in Marmaris – a different port in Turkey.

Both ports are under the control of different owners, and this is the reason Solaris was booted while the 162-metre long, six storey Eclipse has permission to stay.

British company Global Ports Holding operates the Bodrum port, so it forced Solaris out in order to comply with tough UK sanctions against Russia and Mr Abramovich.

Legal experts said Global Ports Holding risked action if it accepted port or other fees for hosting a superyacht linked to Mr Abramovich. 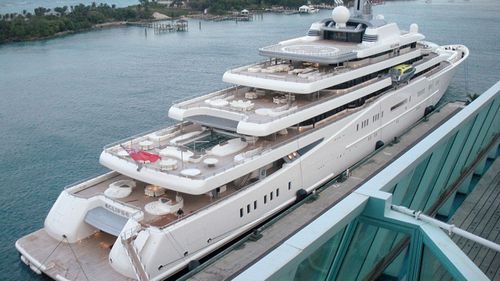 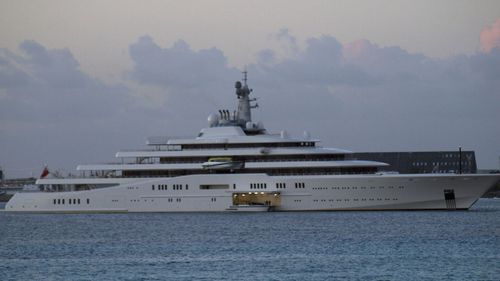 A 2017 study of Russian oligarchs published by the US-based National Economic Bureau estimated that as much as $1.1 trillion is held by wealthy Russians in the United Kingdom, Switzerland, Cyprus, and similar offshore banking centres. (Wikimedia Commons)

The Eclipse, believed to be world’s second largest superyacht, does not face a similar situation in Marmaris.

It is not known where Solaris, which features a helicopter hangar, tennis court, pool and berths for about 100 guests and crew, is now headed.

After the West imposed sanctions on Russia’s oligarchs, Mr Abramovich mobilised his multi-billion-dollar fleet of private planes and yachts.

A 2017 study of Russian oligarchs published by the US-based National Economic Bureau estimated that as much as $1.1 trillion is held by wealthy Russians in the United Kingdom, Switzerland, Cyprus, and similar offshore banking centres.

Now a dual Israeli citizen with a net worth estimated at more than $18 billion, Mr Abramovich has used his fortune to buy the British soccer club Chelsea and homes in London and New York. 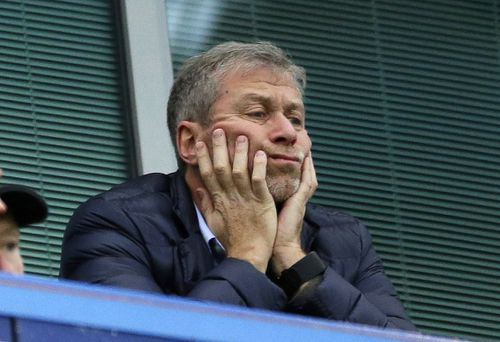 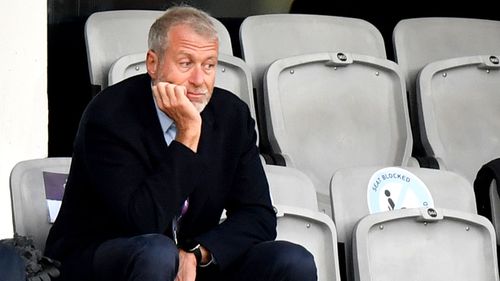 Billionaire Roman Abramovich has denied he has shared a close relationship with Russian President Vladimir Putin for decades. (AP)

He and his now ex-wife frequently socialised with Ivanka Trump and Jared Kushner, the daughter and son-in-law of former President Donald Trump.

Recent reports suggest Mr Abramovich is on the hunt for property in sun soaked Dubai, which has become a magnet for Russian oligarchs looking to evade sanctions.

NATO member Turkey has close ties to both Russia and Ukraine.

It has criticised Moscow’s invasion of Ukraine but also positioned itself as a neutral party trying to mediate between the two.

Turkey has closed the Turkish Straits connecting the Black Sea to the Mediterranean Sea to most Russian warships but has not imposed sanctions on Russia or shut down its airspace to Russian flights.

See also  Which Of Arnold Schwarzenegger's Children Has The Highest Net Worth?

Every Secret Passageway Out of Hogwarts, Explained