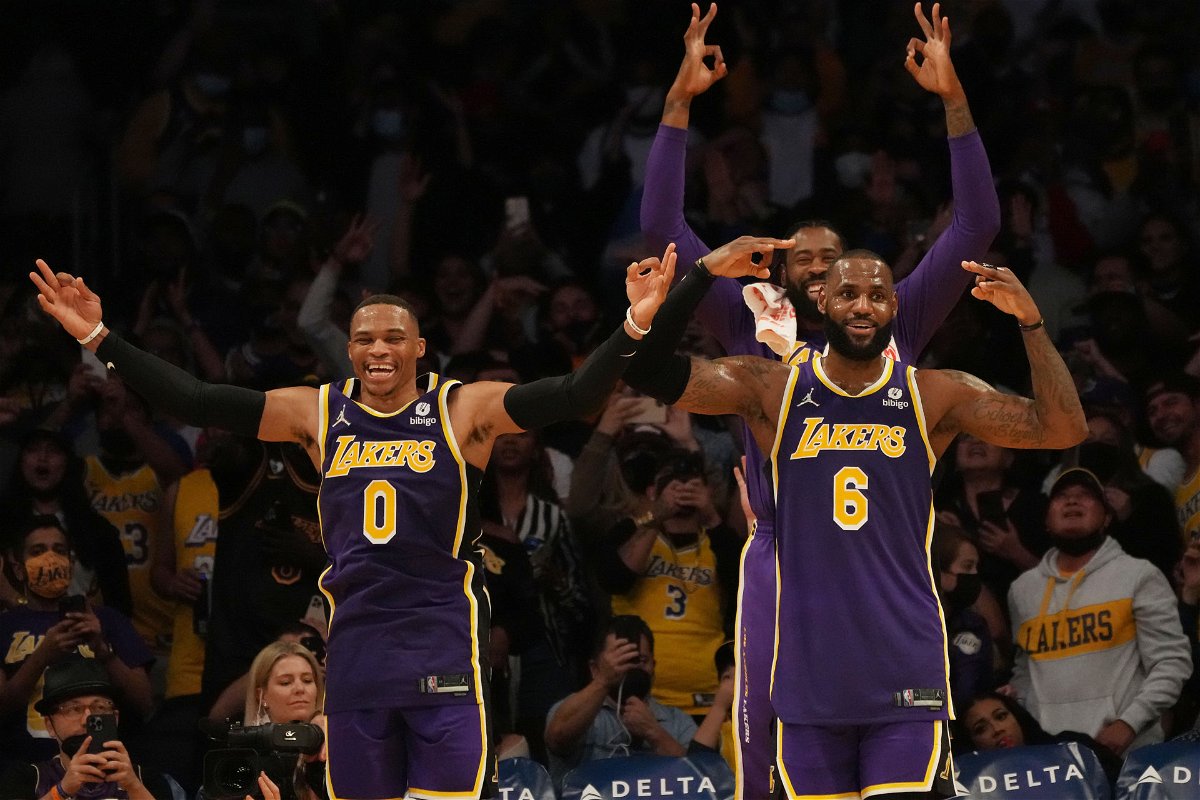 Russell Westbrook is a 14-year NBA veteran and is currently playing for the Los Angeles Lakers. He signed with the franchise before the start of the season and joined LeBron James and Anthony Davis in LA.

A move away from Washington Wizards made him the highest-paid laker. The team entered the season with the expectation to be one of the best in the league. However, it hasn’t worked out that way at all and the team is ninth in the Western Conference right now. It has been a disappointing season for Brodie as well by his standards.

Jan 17, 2022; Los Angeles, California, USA; Los Angeles Lakers guard Russell Westbrook (0) was given a technical foul for his reaction after a dunk over Utah Jazz center Rudy Gobert (27) in the first half of the game at Crypto.com Arena. Mandatory Credit: Jayne Kamin-Oncea-USA TODAY Sports

Despite his struggles this season, Westbrook is one of the greatest players to play the game. Known for his competitiveness and intensity on the court, he brings a lot to the table. Due to his great performances and tremendous skills, he has the most triple-doubles in the league’s history.

The Seattle SuperSonics (now Oklahoma City Thunder) selected the player with the fourth overall pick in the 2008 NBA Draft. His great performance earned him a spot on the NBA All-Rookie Team. As a result of his skill sets in this sport, he gained a lot of popularity when he started his career.

See also  Here Are The Billionaires With The Largest Twitter Following

His move to the Lakers only increased his popularity and got him more endorsements. He is one of the highest-earning NBA players right now.

Does Russell Westbrook have more money than LeBron James?

As per Celebrity’s net worth, Russell’s estimated net worth of $170 million. In Forbes’ annual list last year, Russell ranked 14th out of the top-earning athletes. Through his endorsements and on-court earnings, he makes $59 million a year. When compared to other athletes and musicians, Brodie is making a lot of money and investing in his business.

Among the list of rich and famous athletes, LeBron James has an estimated net worth of around $850 Million. In addition to his incredible on-court earnings, there are the business deals and endorsements that make his bank go crazy. His appearances on television shows contributed to his wealth as well.

Drake, a world-renowned rapper, ranks number 8 on the Forbes list of the 30 richest rappers in the world. He has a net worth of $180 million. The rapper, singer, songwriter, actor, and record producer from Canada is one of the biggest names in the Hip-Hop industry.

Russell has had an impressive NBA career so far, and he will continue to display his skills for many years to come. We would like to hear what you think about this.