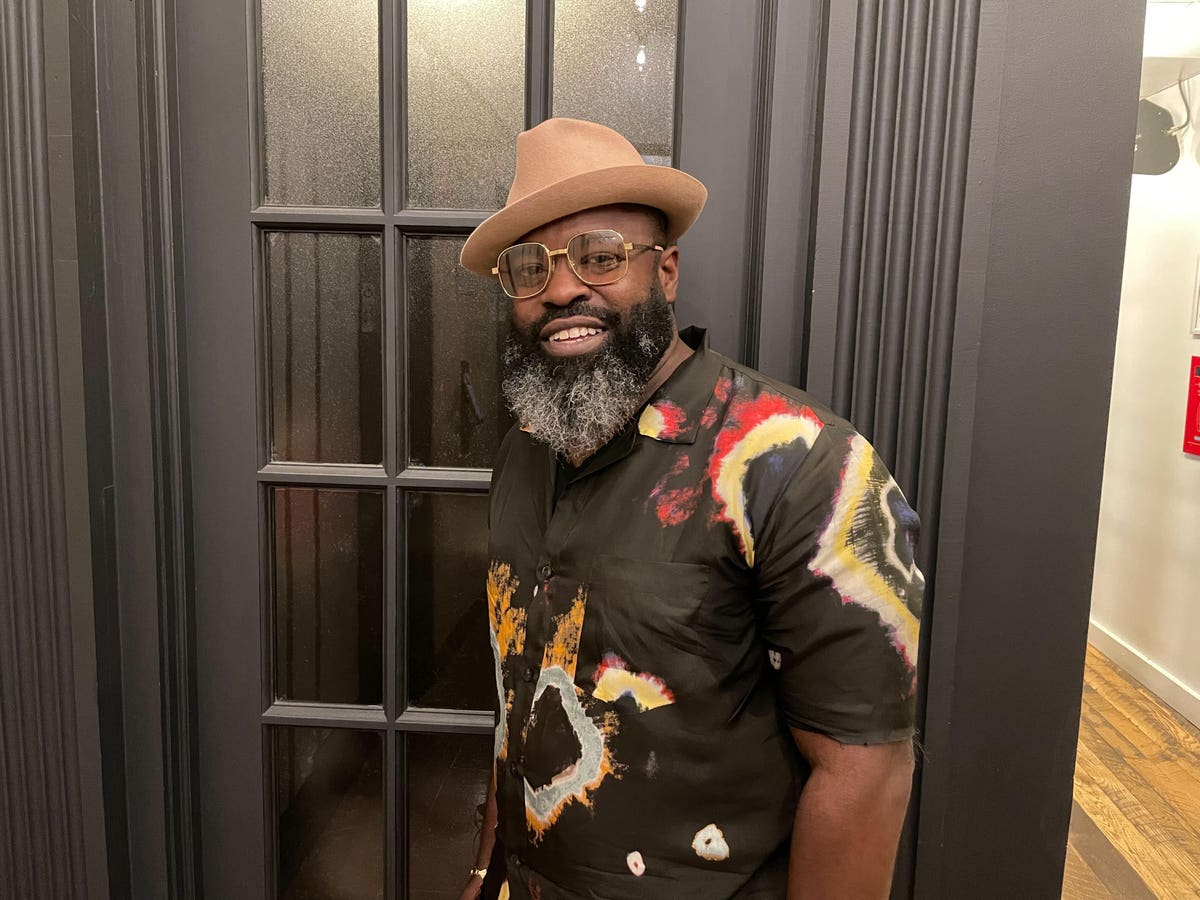 Tariq “Black Thought” Trotter is not the type to get nervous.

As the lead emcee for Grammy-winning band The Roots, he’s performed in front of six-figure crowds around the world. The Roots are the house band on The Tonight Show Starring Jimmy Fallon. And he’s from South Philadelphia—so what’s there to fear? Still, he said butterflies hit his stomach last month when the news dropped that he would be joining the three-year-old venture capital firm Impellent Ventures.

“I just wondered how it was going to be received and what the optics would be to folks,” Trotter, a sharp-tongued, gritty and witty lyricist who’s been in the music business for 30 years, told Forbes in a recent interview in New York. “But yeah, I think it was well-received and people realize that this isn’t something that I’m just trying to half-ass.”

Venture capital is new territory for Trotter, 48. He’d never been involved in the space before now, and only started learning about it in the mid-2010s after curiosity sent him to forge relationships on Twitter with high-profile founders and investors. Nevertheless, he’s now relishing his new role at Impellent, and not just for the prospect of big returns. The way he sees it, he can also help be a catalyst for innovation and wealth building by Black entrepreneurs and other underrepresented groups that venture capitalism has largely overlooked.

“I’ve always considered myself a catalyst for change,” Trotter said. “And I’ve always spoken, in my writing, to change, to evolution, to … financial literacy for Black and brown and indigenous people who normally are intimidated or put off by that sort of thing.”

It’s not uncommon for high-net-worth artists and entertainers to invest in different things, such as restaurants, real estate and even venture capital. But Trotter isn’t just playing the role of passive investor with Impellent. He’s a general partner. That means he’s involved in the day-to-day operations, rolling up his sleeves and helping the firm scout, assess and nurture startups.

“It really comes down to power,” said Phil Beauregard, Impellent’s managing general partner, noting that Trotter is not simply a flashy name for the firm. “Tariq has power.”

Impellent was founded in late 2019 and focuses on early-stage companies in cities and regions that historically haven’t been top destinations for venture capital. It also emphasizes underrepresented founders, an investment thesis that Trotter boosted upon joining.

Impellent writes checks that range from $500,000 to $1.5 million, investing in everything except biotech. Some of its portfolio companies include tech startups focused on first responders and anti-bullying, and consumer brands offering eyewear and toilet paper spray. Impellent had a $10.5 million initial fund and is wrapping up commitments for a new $50 million fund. So far, about 60% of portfolio companies in the second fund are led by women or people of color, Beauregard said.

Since joining in April, Trotter said he’s had one-on-one conversations with two or three investment prospects a week. He’s been evaluating companies including a fashion platform app, a medical device company and a tech platform with a product related to women’s hair health. He’s also about to join the board of a new portfolio company whose name he wouldn’t disclose.

Impellent allows Trotter to get firsthand experience as a venture capitalist. In exchange, he brings an outsider’s perspective and a deep network—including potential investors, founders and customers—that can help Impellent drive investment returns.

“The assumption is that, because [Trotter] moves in such interesting and different spaces, he’s going to have access to some interesting companies and founders,” said Marlon Nichols, co-founder and managing general partner at MaC Venture Capital, a seed-stage firm focused on tech. “I think it’s great, man. We need more talented Black folks in the business of venture capital and he clearly has a significant and unique network, given all of the circles and arenas that he’s played in throughout his life.”

“Cause I’m doing better now/don’t mean I never lost shit/I was married to a state of mind and I divorced it, man”

Trotter isn’t letting go of show business just yet. He said his band plans to be on The Tonight Show “for the foreseeable future.” The gig takes up about five hours out of a typical day. He’s also still making music—“My next four albums are in this iPhone,” he told Forbes—and he helps manage The Roots’ production company, Two One Five Entertainment. For now he’s spending about two hours a day on Impellent, but expects that to grow over time.

The invitation to join Impellent came from Beauregard and Impellent founder David Brown. Trotter met Beauregard on Twitter in 2016, which is around the time he was also connecting with folks like then-Twitter CEO Jack Dorsey and venture capitalist Chris Sacca. Just a couple years earlier Trotter had landed an acting role in the James Brown biopic Get On Up, starring the late Chadwick Boseman, and started writing a musical. “It was very much a transitional time of change,” Trotter said. “I was open to suggestions and to change and to growth in a different way.”

Beauregard, who’s spent the past 15 years running, advising and investing in startups, invited Trotter in 2016 to speak (and freestyle) at Harvard University’s innovation lab. As the two got to know each other, Beauregard floated the idea of teaming up in venture capital. That was before the pandemic started. The plans materialized at Impellent earlier this year.

Trotter said he’s in venture capital for the long game. And one of the lessons he’s learned so far in assessing founders is that it can be “more about the jockey than the horse,” he said. He said when he’s speaking with founders, he’s looking for traits such as market knowledge, specificity and confidence.

Trotter is joining during a rare period of austerity in venture capital, as tightening monetary policy from the Federal Reserve and stock-market losses are prompting investors to proceed cautiously. That could mean firms like Impellent might have a tougher time gathering investment capital. On the flip side, down cycles tend to spawn high-quality startups, said Jamison Hill, a general partner at VC firm Base10 Partners.

“Companies that may have raised a bunch of money and may have had momentum, but ultimately don’t have sustainable business models, are going away,” Hill said. “​​And that talent will be able to go to other places in the ecosystem where they can add value.”

“Yo, when I first started recording, I swore it was more important/To make it to Soul Train in a gold chain and some Jordans/Than makin’ my own lane and then blazing a trail forward/I came from the old days where the vision was too distorted”

“The First but Biggest Task Is to…”: Actor Jamie Foxx Reveals...