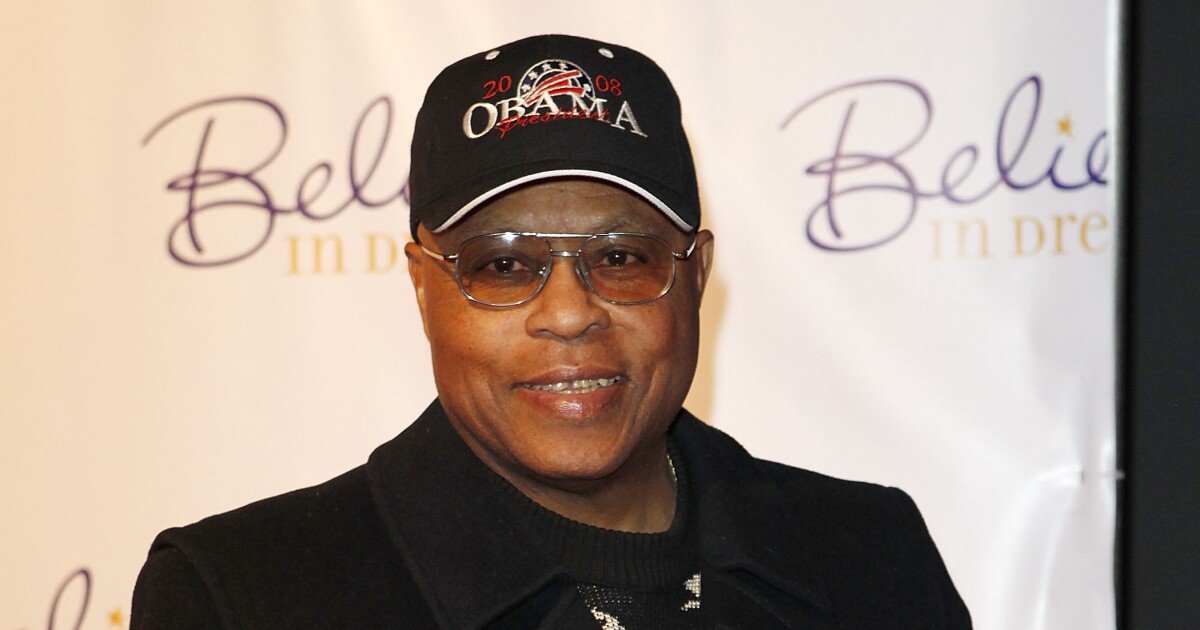 Around the world Roger E. Mosley was known as helicopter pilot Theodore “T.C.” Calvin from the 1980s TV series “Magnum, P.I.” But in Los Angeles, he also was known as something else: a high-school track and field coach who cultivated the talent and changed the lives of student athletes over three decades.

Mosley died Sunday at Cedars-Sinai Medical Center in L.A. from injuries he sustained in a car crash Thursday in Lynwood, his daughter, Ch-a Mosley, told the Los Angeles Times. He was 83.

After the crash, which left him paralyzed from the shoulders down, Mosley was taken to St. Francis Medical Center in Lynwood and then transferred to Cedars-Sinai. His death was first reported by Rich Gonzalez of PrepCalTrack, which covers high school track and field in California.

“My dad was always a man of the community,” Ch-a Mosley told The Times on Sunday. “Even while famous and having this successful career in Hollywood, he continued to work with youth — most recently working as a track coach in the Monrovia [Unified School District].”

“He personally coached me. I was his first hurdler that he trained to run the 400-meter hurdles, and he made me into a champion. Under his coaching, I learned what it meant to win. … He made sure that I had a work ethic, and he instilled in me a strong moral compass to stand on my own two feet and to get a good education and have all the tools I needed to be successful in life.”

Mosley appeared as ex-Marine T.C. in more than 150 episodes of the popular crime drama “Magnum, P.I.,” which aired for eight seasons on CBS, ending in 1988. He also guest-starred on a couple episodes of the recent “Magnum P.I.” reboot as John Booky, a wise barber and Vietnam War veteran.

Before his “Magnum, P.I.” fame, Mosley acted in dozens of movies and TV series, including “Sanford and Son,” “The Love Boat” and “Roots: The Next Generations.” In 1973, he starred opposite his future “Magnum, P.I.” cast-mate Tom Selleck in the prison thriller “Terminal Island.” The next year, he shared the screen with John Wayne in the police drama “McQ.”

He also portrayed Huddie Ledbetter, a.k.a. Lead Belly, in Gordon Parks’ 1976 biopic about the blues musician, as well as professional boxer Sonny Liston in the 1977 Muhammad Ali biopic “The Greatest.”

After “Magnum, P.I.,” Mosley continued building his TV resume with recurring roles on other shows, including 1990s sitcoms “You Take the Kids” and “Hangin’ With Mr. Cooper,” as well as the Showtime series “Rude Awakening.” On the big screen, some of Mosley’s later credits include the 1996 romantic comedy-thriller “A Thin Line Between Love and Hate” and the 1998 crime drama “Letters From a Killer.”

His penultimate role was Grandpa Faison in the 2010 comedy series “FCU: Fact Checkers Unit.” In a full-circle moment after nearly a decade-long acting hiatus, Mosley returned to the small screen one last time for the new “Magnum P.I.,” starring Jay Hernandez in the titular role and Stephen Hill as T.C.

See also  MAIN CHARACTER ENERGY, Songs From the 2000s, is Coming to 54 Below in September

“We have all been honored by the example of your life.”

Mosley grew up in the Imperial Courts housing project in Watts. Beyond his career onscreen, Mosley became a prominent and influential figure on the high school track and field scene in L.A. and coached a variety of other sports, including swimming and basketball.

“He was always giving knowledge,” said Mike Knowles, who met Mosley while training Ch-a Mosley at John Muir High School in Pasadena before he and Mosley became longtime friends and coaching partners.

“If you asked him something, you would get the complete answer, not just a part-answer. … He was an encyclopedia of knowledge on different things.”

Knowles said Mosley was a perfectionist who repeatedly declined offers to coach track and field at the college level because he preferred to discover young local talent and mold them into champions.

“He was a tough coach,” Knowles said. “But all his athletes respected him. … They may not always have liked his coaching methods, but every one that he ever coached that went on to college or to the pros … came back and thanked him for being tough on them and teaching them how it’s going to be in life. And that’s what he did to all of us, basically.

Mosley is survived by his daughter and his wife, Antoinette “Toni” Mosley.