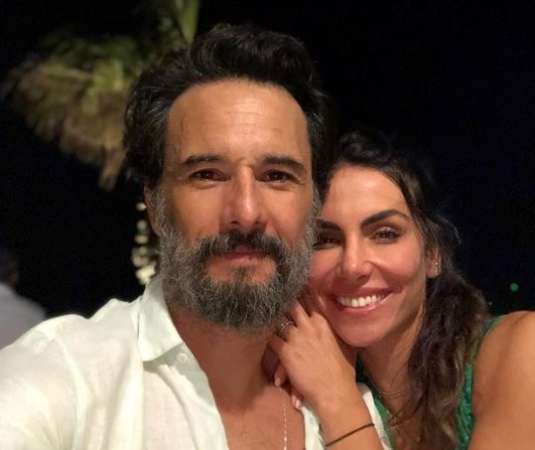 At 47 years old – which he will complete in August – Rodrigo Santoro displays enviable physical shape. He has no secret: “I play a lot of sport, I’m always surfing and I don’t need my yoga mat, which I carry around.” The physical form helps in the actor’s work. Right now, this Friday, the 8th, the Prime Video series that Rodrigo made in Spain debuts. Sem Limites, directed by Simon West, is based on the first circumnavigation voyage of the globe, which, by the way, completes 500 years in 2022. The author of the feat was a Portuguese navigator, Fernão de Magalhães, who got support at the Court Spanish to make the trip. Who was this man?

“I knew the basics about him, that he believed that it would be possible to reach the East always traveling from West to East. From the East, spices came, and Fernão not only managed to reach the so-called island of spices, which was not an island, but also his return to the globe proved that the Earth was round. He was already ahead in the 16th century!” But it wasn’t easy. His epic was marked by difficulty. On August 10, 1519, five ships with 250 sailors, captained by him, departed from southern Spain. Three years later, only 18 of them returned, in precarious conditions, on the only ship that survived the crossing, led by a Spanish sailor, Juan Sebastián Elcano.

Rodrigo believes in preparation. In the case of Fernão de Magalhães, there was a Portuguese and Spanish accent. “The Castilian spoken in Spain is different from Latin American and from what is spoken in the US. The “Ss” have something similar to the North American th. So, I prepared myself to handle the dialogues, but also there was the essential question. Who was Fernão? Searching on the internet and in books, I came to a historian who opened doors for me. Through her, I even discovered the travel diary of the Italian who documented the journey. But there was still the essential, the man . Fernão was an orphan, he was not part of the high spheres of the Portuguese court. He believed in the mission, and that there was a strait to reach the other side of the world. I started to build it in my head.”

‘What matters are the characters and the story being told’

Rodrigo Santoro doesn’t see much difference between movies and series. “It’s works, what matters are the characters and the story being told. The difference is that, in the series, we have more time to develop what in the movies, in two hours, can be shorter and more direct.” He says that the biggest difficulty, during the pandemic, was filming Without Limits with all security protocols. I already knew the actor Álvaro Morte, who plays Juan Sebastián Elcano, the second most important character in the plot – the navigator who takes the few sailors left over from the expedition back to Europe. “The plot is very much based on our relationship and I had already seen him in the Spanish series La Casa de Papel, which is very good.”

Death is a strong theme in No Limits. “I got emotional in decisive scenes of the characters’ relationship.” About speaking Portuguese on stage, he says: “It was all in Spanish, but I managed to get Fernão to speak Portuguese with Duarte Barbosa, which is played by a great actor from Portugal, Gonçalo Diniz.” Rodrigo has experience acquired in the North American series, Lost and Westworld. “In terms of size and features, Unlimited is on par. It was a big job, involving a lot of people.” Director Simon West has made films like The General’s Daughter and the first Tomb Raider, with Angelina Jolie. “Along with competence, I think everyone’s main concern was safety. Because of the covid, we were all worried, attentive. So it wasn’t just the story, nor the character. It was the surroundings, which required redoubled attention. “

Surfing, which Rodrigo loves – and practices – is more than a sport. “From the outside, people think it’s just a matter of balancing on the board, but it’s actually much more. This wave, the next, the wind. It’s another kind of physical balance, not being on the board. . Surfing gives a kind of alertness, control of the physique. And yoga, of the mind.”

As an actor, Rodrigo takes roles very seriously. But there is another one that he says demands much more. “As Mel’s father, I don’t have a script to guide me on what to do or say. Being a father is a constant discovery, and I’m very close to my daughter. I already talk to her about issues such as machismo, the role of women in world. And I’m not talking about a superior position. I like to look Mel straight in the eye.”

As terrible as it was, and still is, the pandemic somehow helped. “When there was the first confinement, I spent nine months at home, documenting and preparing.” In Madrid, even before filming, another stage began. “I had to learn fight choreography and how to interact with stuntmen. I like to do my scenes, even the dangerous ones, but there are things that insurance companies don’t allow.” The production was shot in different parts of Spain – Basque Country, Navarra, Seville, in addition to the studio in Madrid. And two weeks in the Dominican Republic. Most of the six chapters that make up the series are set on the high seas. Actors and technicians often complain about these scenes.

“We went around the world many times without leaving the place. Almost all the high seas were done in a hangar, in the reproduction of the boat against a blue background”, he says. Did being a surfer help Rodrigo? “West is a seasoned action director. Most of the time it was the camera that moved around us to simulate the instability of the vessel and the movement of the waves.”

The information is from the newspaper. The State of São Paulo.

Daniel Radcliffe and Robert Pattinson Strongly Disagreed With Results of ‘Who...