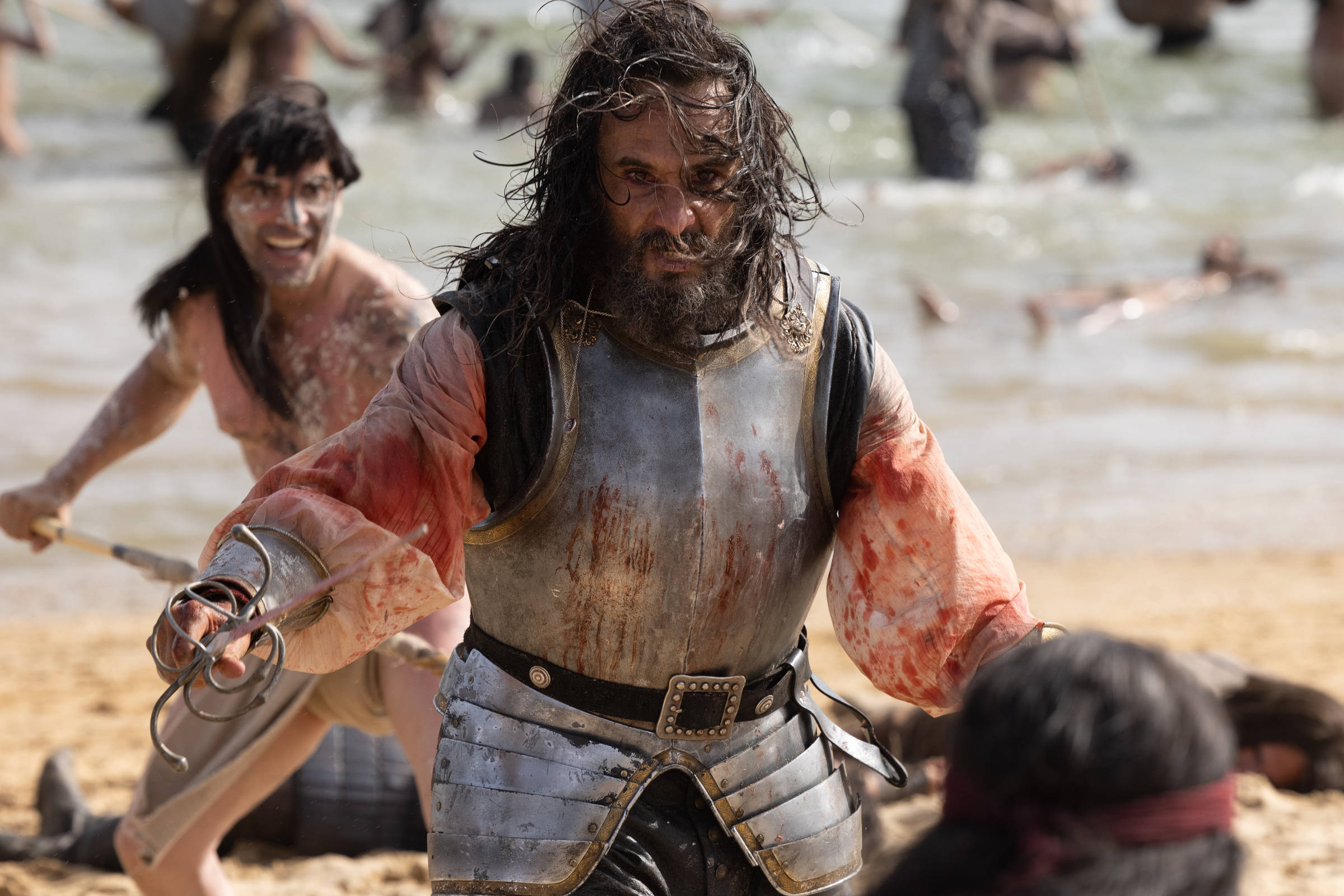 Rodrigo Santoro was not completely bored in the first few months of the pandemic, when film sets were closed. For nine months, he had the company of someone dead 500 years ago, the Portuguese navigator Fernão de Magalhães, to distract himself.

Just before the quarantine began, at the end of the filming of his last feature, “7 Prisoners”, Santoro had been invited to participate in “Without Limits”. With the interruption of the industry because of the illness, the filming of the series was being postponed incessantly, which gave the actor the possibility to make a complete dive into the biography of the character.

It is with a certain passion that he speaks of Fernão de Magalhães—not in a tone of admiration, but as a friend who feels an intimate connection with the other. “I was literally confined with him during the quarantine,” says Santoro.

“Before, I only remembered that he had been a navigator. But then I decided to explore the intimacy of who this man was and I read a lot. I read everything on the internet, from discussions of philosophers to reconstructions of expeditions, as well as two biographies and a lot about the context of the time. I wanted to get inside the head of a man from the 1500s.”

Santoro researched so much that he even discovered details of the Portuguese’s childhood, through undigitized documents and conversations with a historian who is preparing a book about Fernão de Magalhães, a man who felt neglected by the king.

“It comes from resentment, from wounded pride, and grows up feeling abandoned, needing to prove to the world and to himself that he is worthy.”

A Spanish production, “Without Limits” tells the story of the first circumnavigation of the globe, in 1519, in the service of the Spaniards. Led by Fernão de Magalhães, who had not been able to obtain patronage from the Portuguese king, and by Juan Sebastián Elcano —Álvaro Morte, from “La Casa de Papel”—the enterprise discovered a new route for the spice trade and proved that the Earth is round.

As a Brazilian, Santoro was careful not to romanticize the time of the great navigations, since from them came the exploration of the Americas and countless horrors. For the actor, it was interesting to work on “Sem Limites” because he could see how little has changed in the structure of Brazilian society since then.

“Colonization doesn’t end when the Portuguese leave. The mentality implanted here is so strong that they leave and we continue to colonize each other.”

“Unfortunately, we are still experiencing the fruit of this colonial violence. It is one of the issues that help us understand the current situation in the country. We have just seen a tragedy, with the death of Bruno Pereira and Dom Phillips. hopeless. It is necessary to have hope, but it is difficult, very difficult”, he continues, in the conversation that took place days after the confirmation of the murder of the Brazilian indigenist and the British journalist.

But Santoro seems eager to return to the series, work he likens to major Hollywood productions, with its grandiose seascapes, unsettling action and an art direction attentive to detail. The direction is by a Brit, Simon West, of “Tomb Raider”.

With him and the producers, Santoro engaged in a fierce fight, in which he defended that Fernão de Magalhães should speak Portuguese at times. They didn’t want to, by default, but they were convinced.

The actor, then, had to get out of his comfort zone in a double dose — not only did he have to learn to speak European Portuguese, but also Spanish, since the Spanish he knew was loaded with a Latin American accent. “They pulled the rug out from under me, but you had to respect history,” he says.