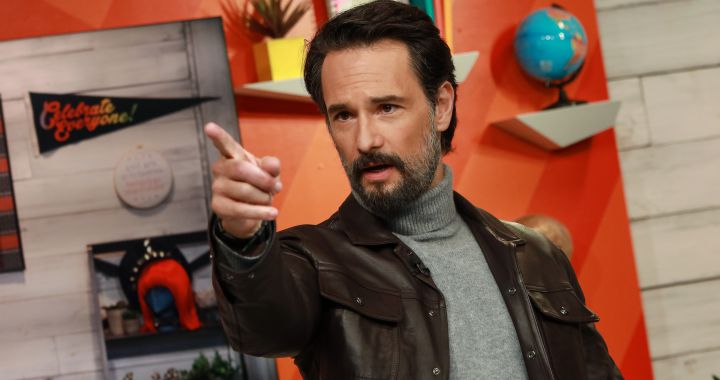 the anthill The week has started with the presence on the set of Antenna 3 by Álvaro Morte and Rodrigo Santoro. The two actors were talking with the presenter of the program of Atresmedia about the miniseries Unlimitedwho star and which will be released next Friday, June 10 on the platform Amazon Prime Video.

The interpreters told anecdotes of the filming with which they revealed to the public the real circumstances that occur in the filming. Thus, for example, they explained that they were dressed in winter clothes and it was extremely hot.

Anecdotes aside, the historical series recounts the feat of Ferdinand Magellan and Juan Sebastián Elcano on his first trip around the world by boat. Both Motos and the actors valued the historical event and, as Álvaro Morte pointed out, “there were many theories that said that the earth was round but that you are capable of making such a wonderful epic of going from one place and coming from another… Be careful with it’s”.

The actor Álvaro Morte is well known for his role as a teacher in The Money Heist. The public knows less about Rodrigo Santoro, but yesterday some of its secrets were revealed.

The Brazilian actor Rodrigo Santoro, participated in the British production Love Actually, playing Carl. Motos said that the actor is famous for kissing very well among women. Laura Linny (Love Actually) was delighted after kissing the actor as required by the script. And the Australian actress and producer Margot Robbie pointed out that Morte kisses better than Will Smith. With this fame, the host of the show had no choice but to ask the Brazilian for advice on how to kiss.

Santoro, 47, gave some guidelines for kissing in real life: “Do it with affection, love and with delicacy; later, if the passion is born, continue”. To kiss acting you have to interpret, since the situation is not the same, as indicated by the actor.