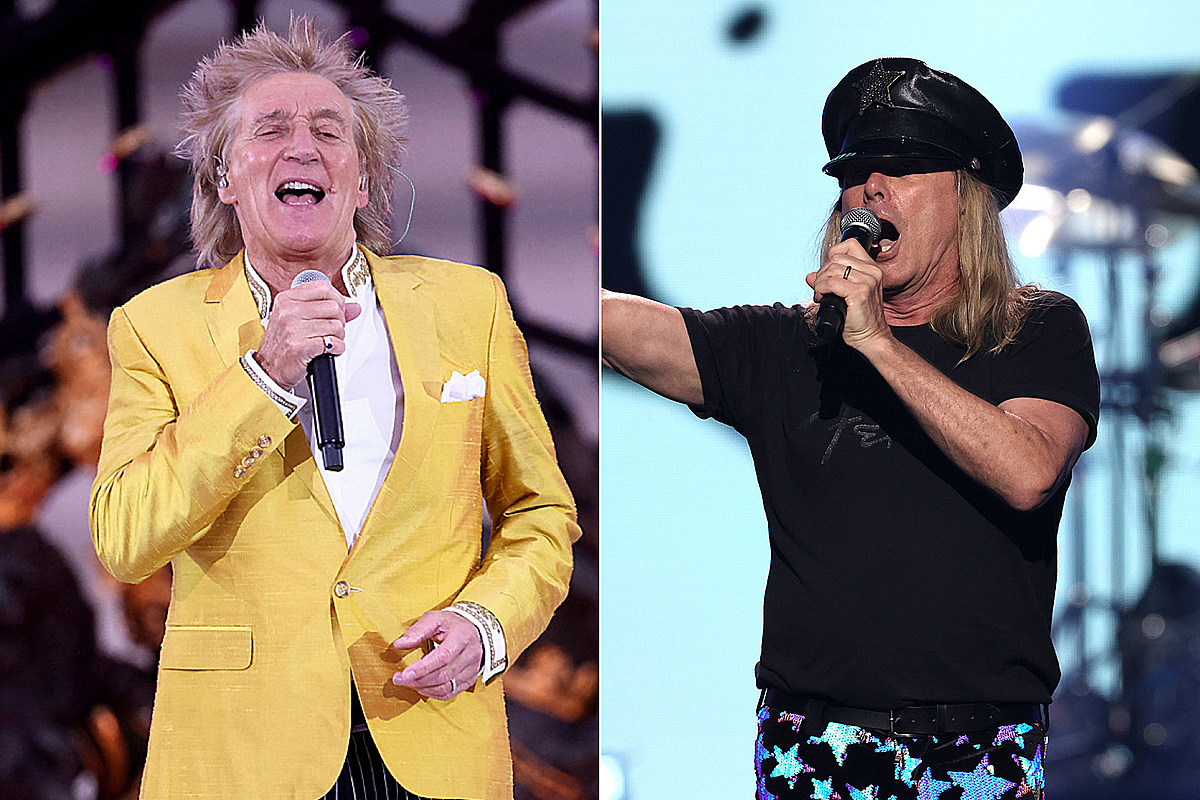 He opened his set with another tribute to Robert Palmer, once again performing 1986’s “Addicted to Love” as he did during May concerts in Las Vegas. Stewart has called Palmer a “good mate of mine.”

Eschewing tracks from his most recent album, 2021’s The Tears of Hercules, Stewart instead gave the crowd a career-spanning set that stuck to his most well-known hits. He touched on ’80s favorites like “Young Turks” and “Some Guys Have All The Luck,” while also making room for earlier chestnuts like “You Wear It Well” and “Maggie May.” The lone entry from Stewart’s era with Faces came in the form of the staple “Ooh La La.”

Earlier, Cheap Trick powered through a raucous 13-song opening set that packed in a power hour’s worth of classics like “Dream Police,” “Surrender” and “I Want You to Want Me.” “Downed,” from 1977’s In Color, was a particular highlight of their performance. You can view the set lists for Rod Stewart and Cheap Trick below.

Stewart’s North American shows in Vancouver, Seattle, San Francisco, San Diego, Phoenix and Denver were recently rescheduled, reportedly due to “production delays.” Those concerts will now take place in 2023. Later this year, Stewart will return for a five-date Las Vegas residency, followed by a string of U.K. shows in November and December and another batch of North American dates in 2023.

He’s indicated that these shows might be the last to feature his catalog of hits. Instead, Stewart tells Forbes that he’d like to focus on the Great American Songbook. He’s currently working on an album in that genre with pianist Jools Holland.

“I want to move on and just do the classics and the swing stuff, but I don’t want to be singing ‘Hot Legs’ when I’m 80,” he said. “I’m not retiring, but this will be the last time we do these songs in America. I just want to make a clean sweep. I want to go on tour with a big band and just play this stuff that I love. It’s a different entity to rock ‘n’ roll, although that’s where it all came from. The way we are doing these songs is with a back beat. I wish I could describe it. On ’23, I’ll go to Brazil and wrap it all up.”

Bet you didn’t know somebody else recorded these songs before they got popular.