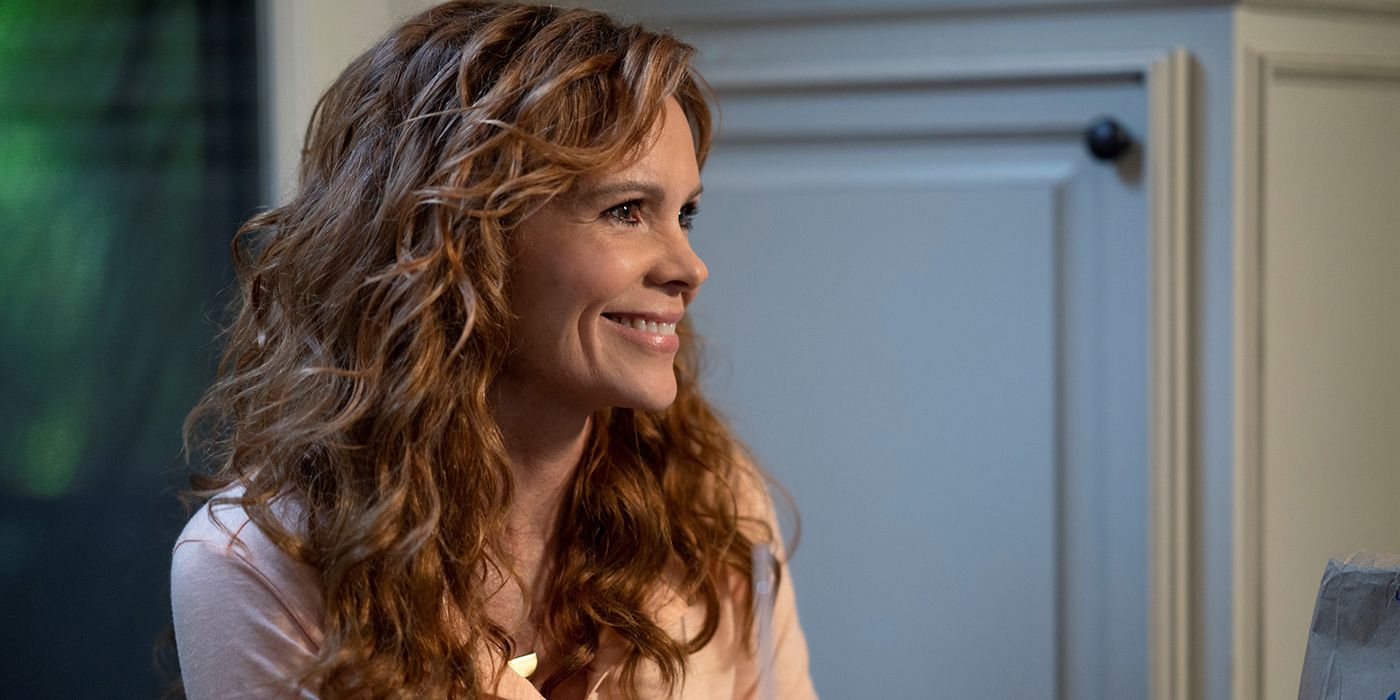 When it comes to Cobra Kai as a legacy sequel series, it has featured a ton of references and cameos from the overall Karate Kid universe. While all these tie-ins have been satisfying in their own right, none of them were as unexpected or as well done as the Jessica Andrews (Robyn Lively) cameo during Season 5, Episode 5 “Extreme Measures.” Many fans will remember her as Daniel LaRusso’s (Ralph Macchio) potential love interest turned friend in The Karate Kid Part III. She saw first-hand the madness that Terry Silver (Thomas Ian Griffith) and Mike Barnes (Sean Kanan) were causing, in addition to the struggle they put Daniel through.

Jessica has a firm understanding of what Cobra Kai is capable of, while Daniel’s wife, Amanda (Courtney Henggeler), hasn’t had as much first-hand experience with them. It’s revealed during Episode 5 that Amanda is taking the kids to stay with her mom back in Columbus, Ohio. Once she arrives, her cousin appears and is revealed to be none other than Jessica Andrews. None of the fan base saw this coming, and were pleasantly surprised and excited to see her return.

The episode is so well-written, with the way it ties her in to the present while also maintaining her backstory. Jessica and Amanda go way back and share a very strong bond. Their friendship is displayed effortlessly by their chemistry and performances in general. They both share a strong tie to both the hero and villain of the story, which makes Jessica’s role very essential to the plot of Season 5. Her return to The Karate Kid franchise is arguably the most well done tie-in of the entire series so far.

Jessica Andrews was first introduced to The Karate Kid universe in Part III as a potential love interest Mr. Miyagi (Pat Morita) was attempting to set Daniel up with. Unfortunately, she was getting back together with her ex-boyfriend back home in Ohio, so Daniel didn’t get that date. They did become fast friends and got along well for that short period of time.

RELATED: ‘Cobra Kai’ Season 5 Episode 5 Recap: The Pain Is About to Begin

Jessica didn’t realize though that she was hanging out with the All-Valley Karate Champion who is being targeted by Cobra Kai. Terry Silver was the big bad this time around, and he made a plan to terrorize Daniel plus everyone around him. Jessica unfortunately was caught at the wrong place at the wrong time when she was having dinner with Daniel at his bonsai shop when Mike Barnes shows up and assaults Daniel to get him to sign up for the tournament. When Jessica tries to intervene, Barnes kicks her in the stomach, which was obviously uncalled for. Later on, when Jessica and Daniel are rock climbing to get Miyagi’s bonsai tree, Barnes and his gang show up and snatch their ropes, threatening both their lives. Jessica truly understands what Daniel was going through because she was directly affected by their reign of terror as well.

When Jessica makes her surprising return during Season 5 of Cobra Kai, she hasn’t seen her cousin Amanda LaRusso in years. They go out to the local bar to get a few drinks and catch up. When they get there, Jessica inquires about Daniel and urges Amanda to open up and explain what’s really going on. Once Amanda does so and mentions Terry Silver by name, Jessica spits out her drink and repeats his name, looking like she’s in absolute shock. Amanda is surprised to see that her own cousin is already aware of him and Jessica explains all the unforgivable things he and Cobra Kai did to both her and Daniel back then.

You can feel how close they are as family members; they seem more like sisters than cousins. Some of their old high school rivals show up to stir up some drama, which turns into a bar fight between all of them until Sam gets involved and beats all the bullies up. Later on during conversation, Jessica pleads Daniel’s case, hoping Amanda will cut him so slack — especially after everything that happened to them back then. She even has nightmares about it over 30 years later, which indicates just how bad those Cobra Kai guys really were. Amanda listens to her advice and can see her point of view, which helps her forgive Daniel.

Jessica Andrews returning after all these years was a pleasant surprise while playing directly into fan service in the most brilliant way possible. With her being one of Amanda’s relatives, she is responsible for her meeting Daniel. That relation provided the perfect opportunity to work her into the series organically while not relying on it for too long in order to keep the story moving at a good pace. She also had experience with Cobra Kai but more specifically Terry Silver himself, so she knows the truth about him and what Silver is really about. She was directly affected by his students and truly knows what Daniel is going through. It’s very consistent for her character to be loyal in that way because that was the exact dynamic those two had back in the day.

Jessica Andrews was an awesome addition during this fifth season while also redeeming the bad reputation The Karate Kid Part III has had for the past few decades. Cobra Kai has always had fantastic world-building, but the inclusion of Jessica Andrews is second to none.

Overall, Jessica Andrews’ inclusion in Cobra Kai was so unexpected, but also felt earned and organic to the situation. On the surface, it may appear her cameo was unnecessary, but that certainly is not the case. Her history with Mike Barnes, Terry Silver, and most importantly Daniel is vital to her perspective being believable when it comes to her conversations with Amanda. Amanda has an excellent relationship with her cousin, so she is willing to hear her out and listen to her advice. Their chemistry was off the charts as well which is due to the amazing level of talent from both Lively and Henggeler as performers. The well-written script doesn’t hurt either, plus it truly displays the flawless world building featured through the entire series so far. Jessica Andrews’ cameo is without a doubt the best Karate Kid universe tie-in ever done before.

See also  Tom Felton: Does the Draco Malfoy Actor Have a Wife?

John Legend Net Worth (2022) From The Voice, Music, Concerts

Ruben Randall - December 29, 2022 0
Money
John Legend's net worth in 2022 is skyrocketing, and it's thanks to being an EGOT winner and a savvy businessman—he knows how to market...

Amanda Seales Responds To Not Being Included In The Real’s Farewell...