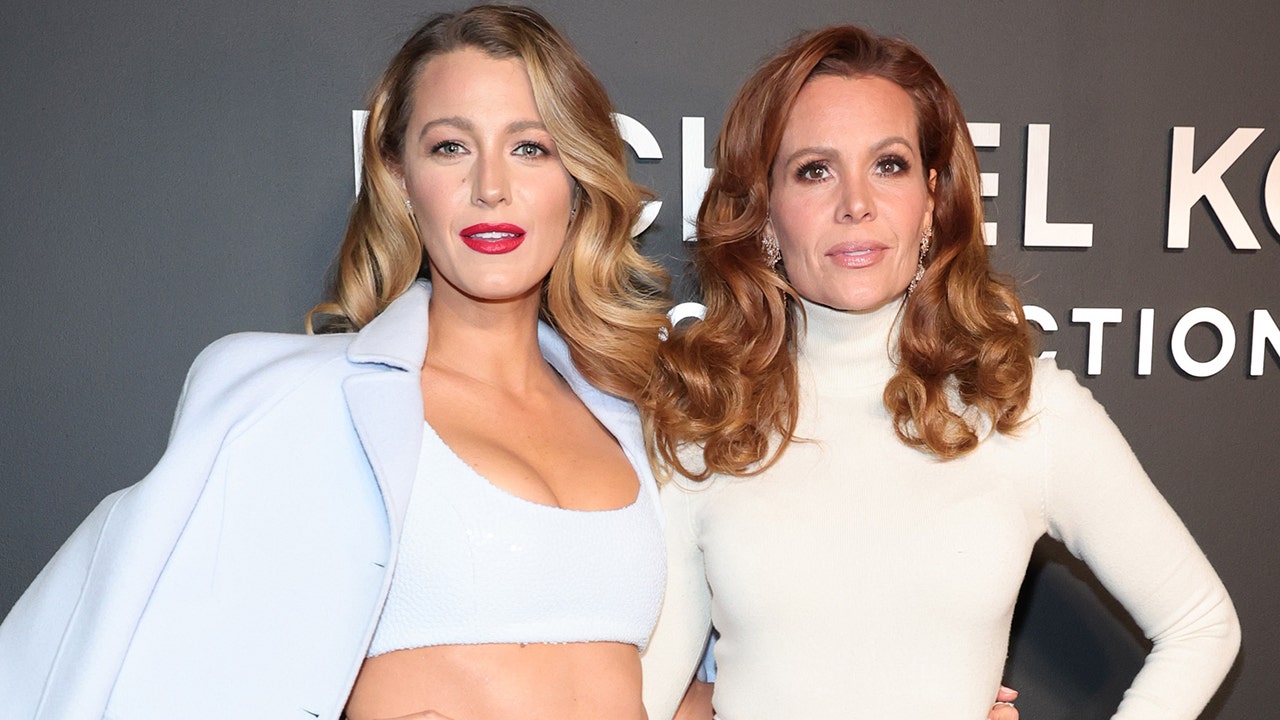 Despite their age gap, the elder sibling said their relationship has only gotten stronger over the years. The ‘80s star is the daughter of talent manager Elaine Lively and her first husband Ronald, while the “Gossip Girl” alum’s father is late actor Ernie Lively.

“There’s a significant age gap which feels almost nonexistent because she’s now a mom,” Robyn, 50, told Fox News Digital about the 34-year-old. “We have so many similarities. Our relationship is on a deeper level. We used to help each other with our projects and lines, things like that. Now we’re doing the mom thing together.”

Both women share three children with their significant others. Robyn has been married to “High School Musical” star Bart Johnson for nearly 23 years. As for Blake, she and actor Ryan Reynolds said “I do” in 2012.

Johnson told Fox News Digital that he is always in awe to watch the women interact with each other. 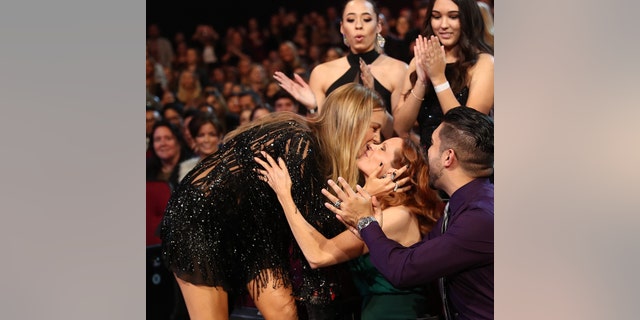 Blake Lively and Robyn Lively are both parents to three children.
(Photo by Christopher Polk/Getty Images for People’s Choice Awards)

“I’ll say from my perspective, they’re like the same person,” the 51-year-old shared. “They’ve got the same energy and the same sense of humor. They’re also so connected and love each other so much. It’s really gone a long way since Robyn was on ‘Savannah’ and Blake would come to hang out on set as a little girl. Now it feels like that age gap has closed… Our kids are the center of our entire universe. [Robyn and Blake] share the love and the passion for motherhood. They’re best friends. It’s such a charming friendship. It’s a beautiful thing.” 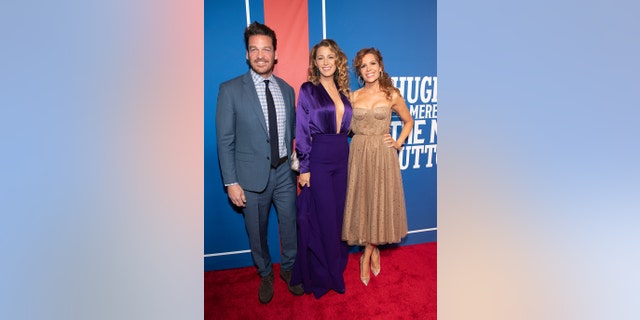 Bart Johnson shared that his wife Robyn Lively and her younger sister Blake Lively share a close bond as sisters and as parents.
(Photo by Noam Galai/WireImage)

When it comes to giving parenting advice, Robyn insisted it is not needed noting that both women are very in tune with each other’s children.

“I’ve learned so much from her, and she’s learned so much from me,” said Robyn. “I never go in and say, ‘Hey, you should really do this.’ I think we’re constantly observing and learning from each other. I see things that she does with her kids, and I’m like, ‘Oh, that is so great. That’s so wonderful and special.’ Or I’ll go, ‘I love how she handled that’ and then implement that in my life with my kids. And she does the same. It’s like you don’t have to have those types of conversations because you’re so in tune [as sisters]. And we’ve had so many shared experiences together.” 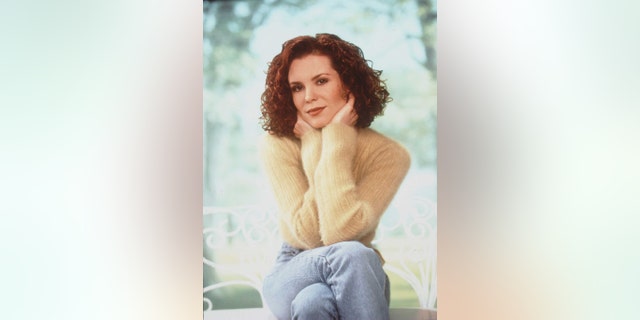 Growing up, Blake Lively would visit her big sister Robyn Lively (pictured here) on the set of ‘Savannah’. The series aired from 1996 until 1997.
(Getty Images)

These days, Robyn and Johnson have been keeping busy with a new project. The couple star as on-screen husband and wife in “Strong Fathers, Strong Daughters,” which is now available for streaming on Pure Flix. They play the parents of a recent college grad who decides she wants to work on a mission in Africa with her fiancé, who she has known for seven months.

“I think it’s so important to highlight the value of a father’s role in his daughter’s life,” Robyn explained. “I think sometimes men don’t recognize how crucial of an influence they have on their daughters. I love this story and its message. It’s obviously not saying a mother’s role is any less valuable. But I do feel that men don’t recognize just how valuable they are in their daughter’s lives.”

Johnson shared that they had “the greatest time” bringing the story to life together.

WHAT MOVIES HAS RYAN REYNOLDS BEEN IN? A GLANCE INTO THE ACTOR’S CAREER AND LIFE WITH BLAKE LIVELY 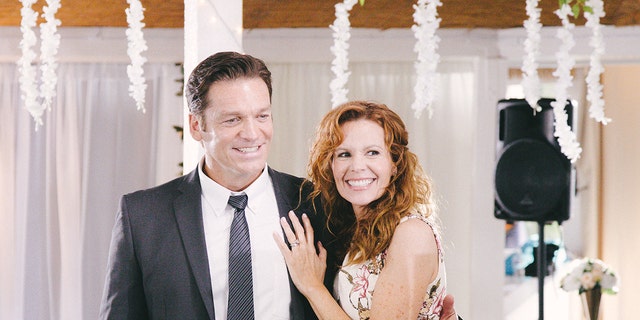 “We didn’t have any idea of what it would be like,” he said. “I don’t know if we were nervous or maybe just curious about what the experience would be like. But we absolutely loved it. We got to share really funny scenes. We got to share emotional, meaningful scenes. I remember when the movie was over, we just looked at each other and said, ‘We gotta do this again.’… There’s just no ego with us.”

“When you’re an actor, and you get on set, you meet a stranger for the first time, and then you have to manufacture all these feelings, emotions and history that you have none of,” Robyn chimed. “And with us, it just comes with the territory. It’s built-in. So it was really special. When we would do a scene where we’re talking about our children, our worries, our fears, we can look at each other and say, ‘This reminds me of our children.’ We were able to tap into those emotions. It was almost like cheating in terms of how easy and natural it came to us.”

Robyn shared that in addition to the film’s heartfelt storyline, it’s been important for her to be part of family-friendly programming. 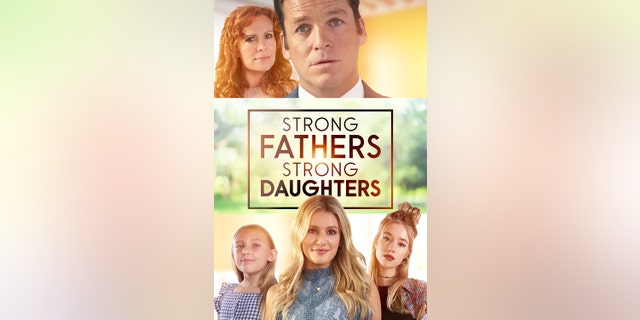 “I see shows now, and I feel like Hollywood is trying so hard to push the envelope and I just don’t think it’s necessary,” she reflected. “I think we’re just oversaturated with stuff like that. So to be part of a project where you can share it with the whole family and offer a great message, it’s so important. And I think people are craving for that. I’m super proud to be part of a film like this one. It’s sweet, it’s funny, and I can tell anybody to watch this. I’m so confident of it.”

‘BUFFY THE VAMPIRE SLAYER’ ACTRESS KRISTY SWANSON ON WORKING WITH ‘90210’ STAR LUKE PERRY: ‘I THINK OF HIM’

“It does feel like the priority has been to push the envelope and how dark we can go,” she continued. “That’s what everybody is doing now. So this feels pretty unique in that we can just focus on the story and the relationships between family members, which has plenty of drama and conflict – relatable conflict for us. It’s really enjoyable to just not have any sort of agenda other than telling a great story.”

Both Robyn and Johnson said that they have turned down numerous roles over the years because it “just didn’t feel right” or it did not align with their values. Looking back, they have zero regrets. 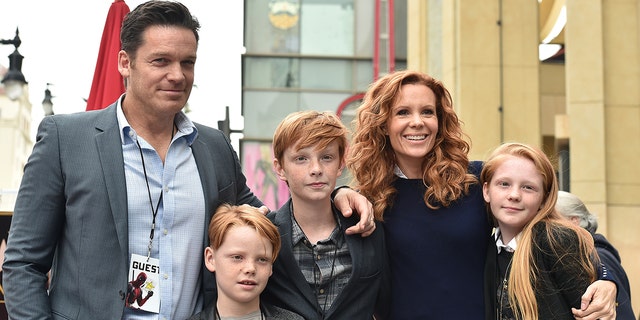 Robyn Lively, Bart Johnson and their children attend the ceremony honoring Ryan Reynolds with a Star on the Hollywood Walk of Fame on December 15, 2016, in Hollywood, California.
(Photo by Axelle/Bauer-Griffin/FilmMagic)

“Many countless times that has happened,” said Robyn. “We don’t think twice about it. There’s always going to be a project that fits us, that’s right for us. And I don’t think either of us is willing to compromise that. At the end of the day when you’re doing a project, you’ve gotta imagine that at some point, your kids are going to watch it. Your family is going to watch it. How would I feel about that? But also, we’ve worked mostly in network television where it’s generally family-friendly. Well, not anymore.”

“You know, it’s always interesting to play a dark character or someone scrupulous,” said Johnson. “A lot of times, that’s when the real fun acting comes in. It’s not like we’re saying no to everything. We like challenging roles and scenes. But certain ones do make you go, ‘I’m not comfortable doing that.’ And usually, that’s because they’re not really trying to tell a great story. That’s what I think we resonate with. If there’s a complex, dark character, what is the story? If it’s just for the sake of it, it’s not really interesting. The goal should always be to tell a great story.”

NEAL MCDONOUGH SAYS HE RELIED ON FAITH AFTER BEING BLACKLISTED IN HOLLYWOOD: ‘YOU CAN GET THROUGH ANYTHING’

Now, the pair are focusing on the next best thing coming up – their anniversary in a month. Johnson revealed that their idea of a perfect date night is simple – heading to the movies and stocking up on snacks. 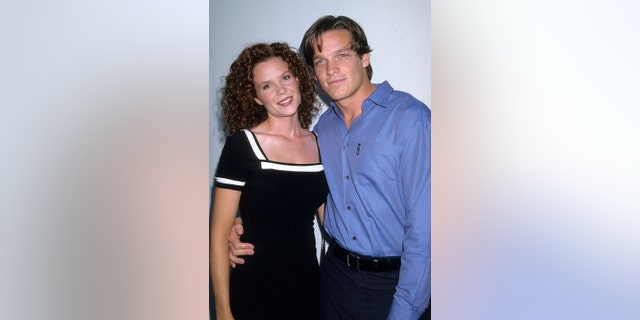 Robyn Lively and Bart Johnson seen here in 1998. They tied the knot in 1999.
(Photo by Ron Galella, Ltd./Ron Galella Collection via Getty Images)

“What’s the secret? Well, I dated a lot of toads before I met my husband,” Robyn laughed. “And with him, it was a no-brainer. I had my little checklist of things that I wanted, and he checked all the boxes. When you come together with someone, you have to have shared values, shared goals, somewhat shared personalities. We have all of that in spades. And I’m a firm believer in maintaining that feeling you first had when you started dating. Just enjoy life together. We have a lot of joy in our lives and I think it comes from having gratitude and appreciation for each other and what we have.”

Ruben Randall - August 27, 2022 0
Money
We are in the final days of summer, just as the season of blockbuster movies gives way to the season of low expectations. God...

‘Pen15’s Maya Erskine And Anna Konkle On Revisiting The Joy And...