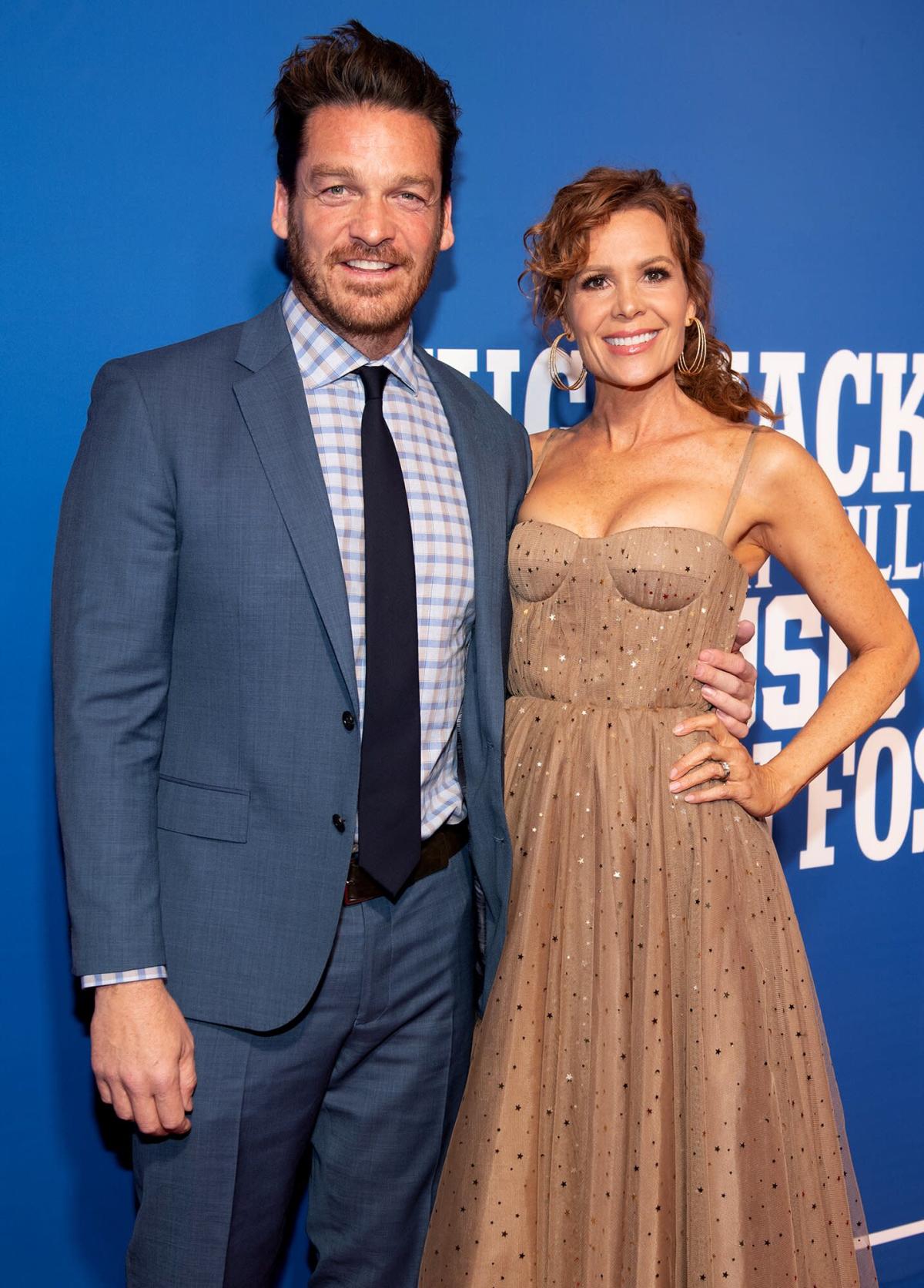 “I can’t imagine doing that role without having those maternal instincts and having those experiences,” the mom of three and sister to Blake Lively, 50, tells PEOPLE. “The take on the role would be so different. I think it’s a crucial element to the role understand this kind of dynamic.”

Lively and Johnson, 51, star as parents of a recent college grad who decides that instead of taking a job with dad, she wants to work for a mission in Africa with her fiancé who she’s known for seven months. As parents to sons Baylen, 19, Wyatt, 14, and daughter Kate 17, Lively says she and Johnson understand their on-screen counterparts’ experience. 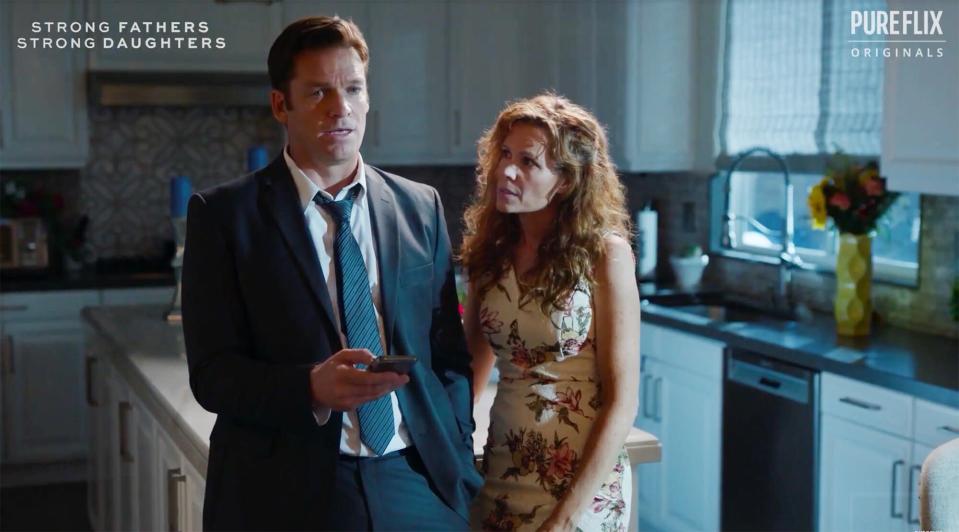 “This has been kind of parallel to our lives in that sense that we, as parents, have ideas of what we want for our kids and where we want them to go and what we want them to do,” she says. “It’s like, oh, but you have ideas as well that we need to consider. We definitely had to find that balance within our own home and our children, and it’s going to continue to happen.”

To Lively, being a strong parent “means being a parent first and a friend second,” she says. “I think a lot of times, parents want so desperately to be able to connect and be [their child’s] friend. But kids need you to say no. They need you to set boundaries. They may not like it, but I promise you, it’s the right thing to do.”

RELATED: Hollywood Couples Open Up About Why They Love (or Hate) Working Together

Lively adds that “fortunately, our kids have not gone through the stage where we’re pulling our hair out. They’ve been amazing, and I feel so grateful.”

Lively also feels appreciative to have worked so closely with Johnson on Strong Fathers, Strong Daughters. “To be able to play husband and wife was so much fun. It was really, really special,” the Daytime Emmy nominee says. “We had the best time. Thankfully, we’re saying it was an incredible experience and not the opposite!”

The actress calls one of the keys to their 22-year marriage “the amount of time that we put in with our kids.”

“We have been so fortunate that we, for the most part, we don’t have overlapping jobs, so when I have a job, he holds down the fort and vice versa,” Lively explains. “It’s worked out. It’s been a really fortunate situation for us that we’ve been able to parent this way and not have to bring in a team of people to raise our kids. We wouldn’t have done it that way.”

Never miss a story — sign up for PEOPLE’s free weekly newsletter to get the biggest news of the week delivered to your inbox every Friday.

Despite growing up as the children of two actors, Lively and Johnson’s three kids don’t take particular interest in their parents’ work.

“They really are very uninterested in the work that we do, but I think that it’s mainly because it’s just such the norm for them,” Lively says. “I’m like, ‘You guys, you’ve never seen High School Musical. You’ve barely seen Teen Witch. You’ve barely seen Karate Kid. You have to watch these things. We’re your parents!’ But they’re so cute.” 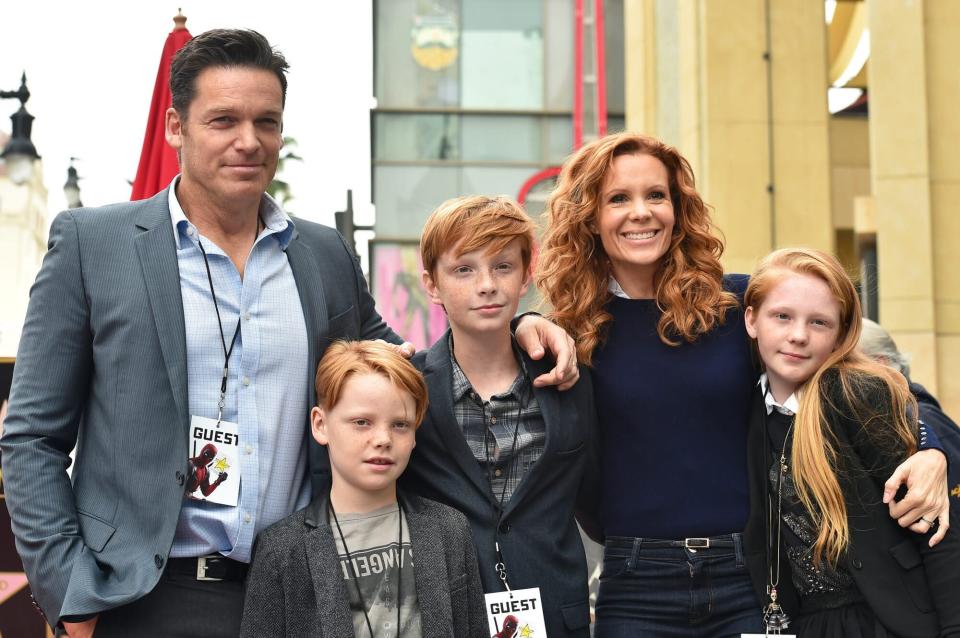 Lively says to this day, fans still recognize her most for her starring role in the 1989 fantasy movie.

“Teen Witch holds the number one spot for decades now,” she admits. “Nothing compares. People absolutely love that film, and it’s resonated with so many generations. I had no idea when we were filming it that it would end up being … I just had no clue. It’s so dear and beloved to me because of that.”

RELATED: Look Back at All the High School Musical Cast Reunions Over the Years

The Georgia native says that after having her kids, she “slowed things down” in terms of work “because it was very important for me to be here for them in those years.”

Today, “I’m not as nervous to take roles that go out of town, and my husband as well,” Lively says. “We’re getting really fun opportunities to play great roles and to be away a little bit longer. This industry, you work and then you have a break, and we’ve really appreciated that. I’m just excited to lately have been offered different types of roles where I can really sink my teeth into playing the total antithesis of who I am.  It’s terrifying, but it’s such an incredible feeling.”

Twitter Blue rolls out in India, likely to cost ₹719 per month: Report

Golden Globes are back on TV, but are reform efforts enough? | National AP

2021 results for French films in international theaters and festivals

Rebecca Ferguson Could Quit Acting Happily, But Not Before Crossing This...