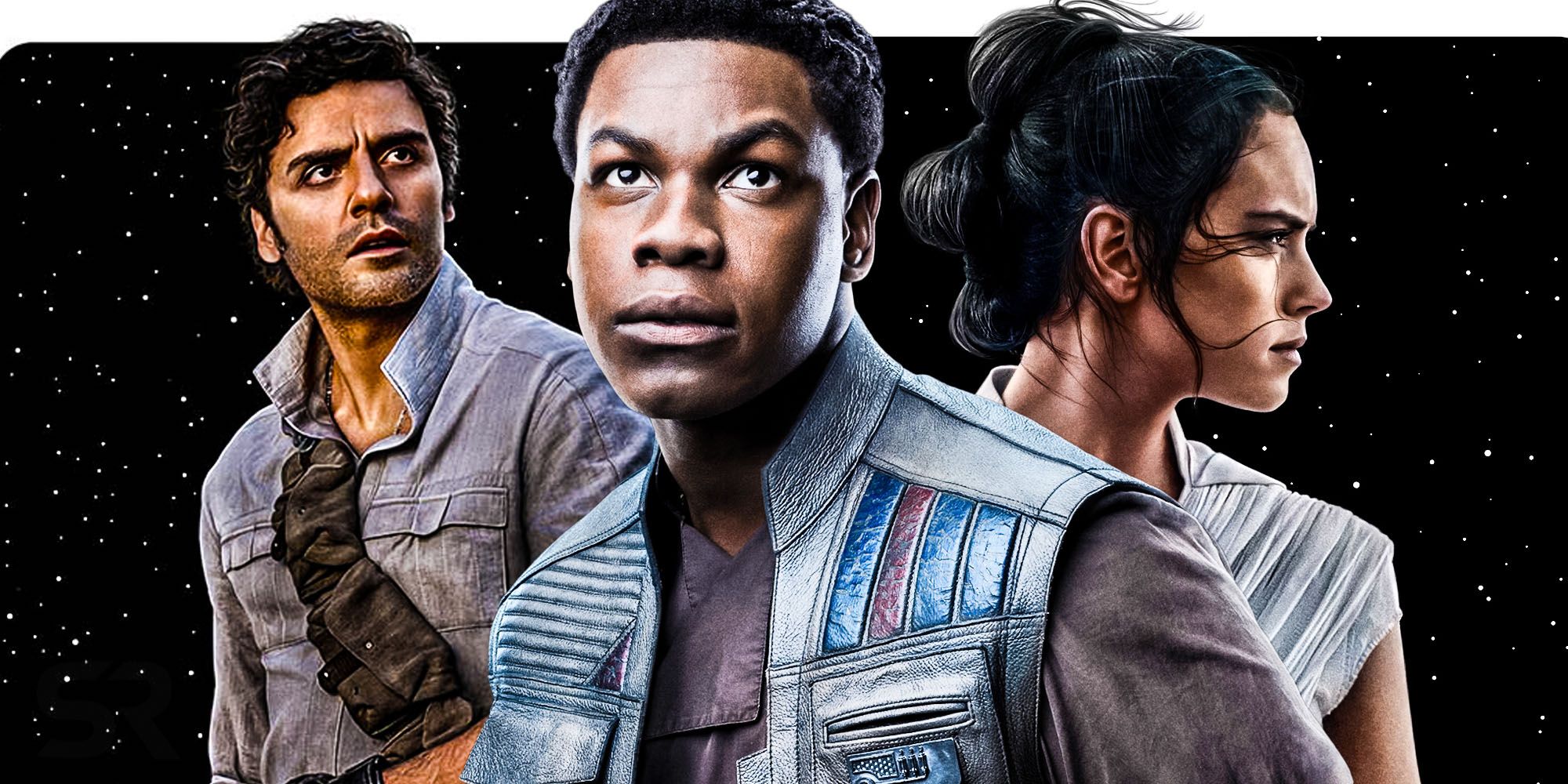 In what proved to be a much-needed turning point for the franchise, Star Wars: The Rise of Skywalker killed the future of Star Wars movies on the silver screen. The conclusion to the sequel trilogy ultimately left the legacy of the Skywalker saga in limbo. However, this break from feature films was a necessary change following a period of over-saturation for Star Wars projects. While Star Wars: The Rise of Skywalker missed the mark, it ushered in a refreshing new era of storytelling that left a clean slate for future movies.

The sequel trilogy undoubtedly deserves praise in a variety of respects. Star Wars: The Force Awakens stuck to a familiar Hero’s Journey formula, while tactfully weaving in nostalgic elements and teasing subsequent plot points. Star Wars: The Last Jedi was met with a significantly more divisive response, but there were undeniably great aesthetic elements in Rian Johnson’s rendition of Star Wars. Star Wars: The Rise of Skywalker may not have been the ideal ending to the Skywalker saga, but the film’s focus on family made for both a compelling and heartwarming conclusion.

Related: The Skywalker Bloodline Had To End (They’re Too Powerful)

As standalone films, all three projects feel layered and distinct. While that could be high praise for a series of movies, this division is the trilogy’s most evident flaw. J.J. Abrams introduced story threads in Star Wars: The Force Awakens like Rey’s parents and the Knights of Ren that were somewhat cast away in Star Wars: The Last Jedi. While this was a fair choice from Rian Johnson, Abrams’ decision to cheaply revisit these in Star Wars: The Rise of Skywalker makes for incoherent storytelling that lacks true unity. The choice for Palpatine to return in the Skywalker saga and the ensuing conclusion of the trilogy resulted in a murky future for Star Wars movies.

The Rise Of Skywalker Left Star Wars Movies’ With No Future

Star Wars: The Rise of Skywalker finished with a satisfying culmination of Rey’s character arc. She chose to walk a different path by constructing a new lightsaber, with the scavenger turned Skywalker igniting a yellow-hued blade. Despite all that she had endured, Rey is poised to grow beyond the masters that came before her, while revering their memory. With Palpatine defeated, there is no longer a need for the blue-green hues of Jedi Guardians or Consulars, the times of war are in the past. Instead, Rey has once again brought balance to the Force, ushering in an era of peace for the galaxy – a galactic golden age.

Although this final scene on Tatooine may adequately wrap up Rey’s journey, it left the future of Star Wars movies in jeopardy. If a Star Wars: Episode 10 story were to happen, the continuation of Rey’s journey as a Jedi is plausible. However, with the galaxy presumably in a state of peace, there may not be an overly compelling conflict to explore. Additionally, the mixed reception to Star Wars: The Rise of Skywalker could entail the conclusion of The Skywalker saga. Even if the film was a more impactful entry in the franchise, Lucasfilm would still face further complications.

What If Rise Of Skywalker Had Been A Hit? Star Wars Would Still Have Problems

Star Wars: The Rise of Skywalker was well-received by some, as it scored an 86% audience score on Rotten Tomatoes. Critics generally panned the movie, however, as it landed with a 52% Tomatometer score. If Disney chose to continue to chronicle the story of the trilogy’s three main heroes (Finn, Rey, and Poe) problems would likely continue to persist.

Related: Star Wars: The Rise of Skywalker Is Not The Ending Of George Lucas’ Story

Rey’s arc has seemingly come to a close. One of the only places that Lucasfilm could take her story would be to have her train a new generation of Jedi, a choice that would feel stale and go against the decision she made to forge a new lightsaber in Star Wars: The Rise of Skywalker. Revisiting Finn’s potential Force sensitivity would make for an intriguing storyline, as Rey could mentor him in the ways of the Force. Exploring Poe’s newly-earned role as a Resistance General could also prove interesting. The problem with these scenarios is there’s a glaring absence of conflict. There’s no longer a need for the Jedi ways of old, and the days of Rebellion and Resistance are over. Even if Star Wars: The Rise of Skywalker had been a hit, Lucasfilm would have to conjure up the presence of a creative and original villain (which they already struggled to do in this trilogy) to continue the Skywalker story.

Star Wars took a hiatus from movies after the release of The Rise of Skywalker, a prudent decision following a period that had been saturated with five films in just over four years. In addition to the sequel trilogy, Lucasfilm released the anthology films Rogue One: A Star Wars Story and Solo: A Star Wars Story. While this approach may work for other properties like the MCU, Disney’s execution with Star Wars felt bloated and poorly handled. In an era ridden with reshoots, directorial changes, and marketing issues, it was clear that a long break from the silver screen was needed.

Just over a month before the premiere of Star Wars: The Rise of Skywalker, the franchise made its first foray into live-action television with The Mandalorian. The show’s first season was met with immense success as a largely self-contained and innovative endeavor. The Mandalorian season 1 ushered in a nuanced minutia to Star Wars canon with episodic entries that felt emotionally resonant and character-focused, elements that the sequel trilogy often lacked. The divisive reception to Star Wars: The Rise of Skywalker combined with the success of The Mandalorian effectively killed the immediate future of Star Wars films. Although the other live-action series have filled the interim, the once-congested movie slate is now ambiguously barren.

What Does Star Wars’ Movie Future Look Like Now?

As it stands, there will be a six-year gap between Star Wars: The Rise of Skywalker and the next Star Wars movie, with an untitled project scheduled for release in 2025. This break is the appropriate length and allows Lucasfilm to learn from their blunders with the rushed sequel trilogy. However, much of Star Wars‘ movie future is still unclear.

Patty Jenkins’ Rogue Squadron project was removed from Disney’s release schedule. Moreover, Rian Johnson’s Star Wars trilogy may never see the light of day due to scheduling conflicts. Taika Waititi and Kevin Feige are both still tapped to direct future Star Wars films, but their release dates have yet to be confirmed. Regardless of what the future may hold, the dead period of movies following the release of Star Wars: The Rise of Skywalker is a necessary lull that enables future Star Wars stories ample opportunity to flourish.

Mainstreaming Extremism: The Legacy of Far-Right Violence from the Past to the Present