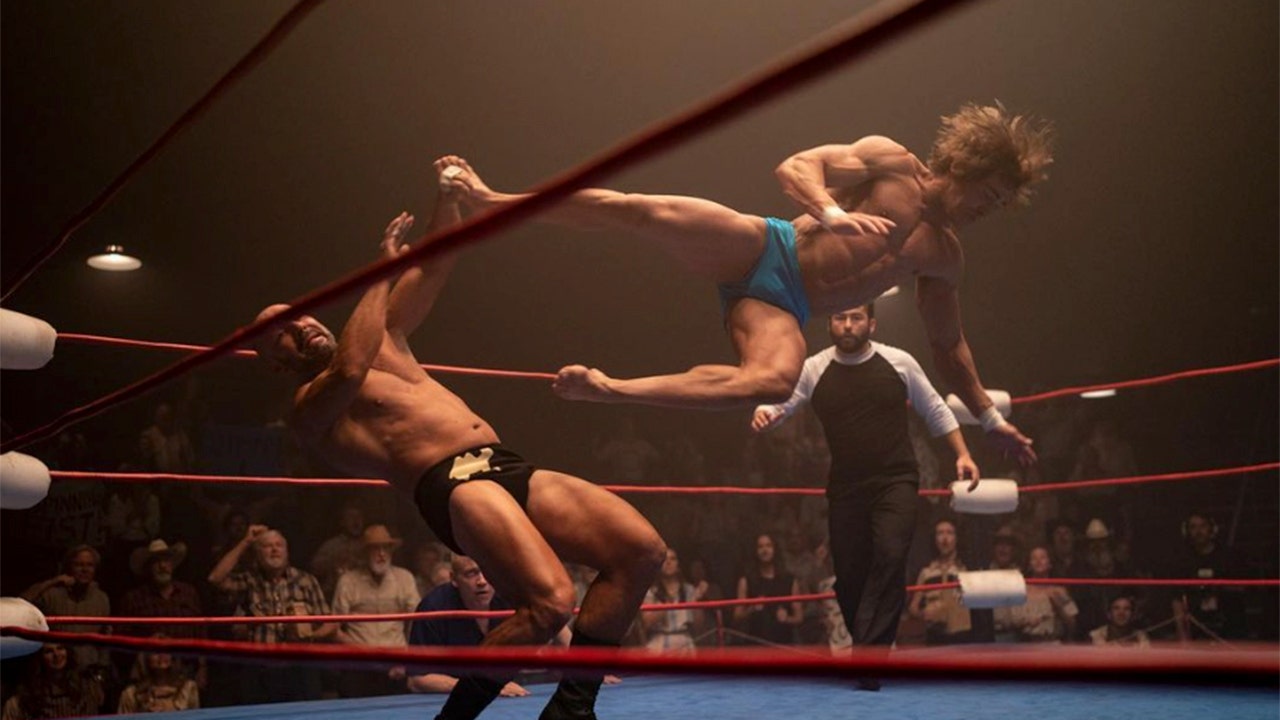 Zac Efron, director Peter Farrelly, and the real John “Chickie” Donohue on new movie in theaters and Apple TV+ based on “Chickie’s” story in 1967 bringing beer from NY hometown to Vietnam to his friends serving in the war.

Zac Efron showed off his bulked-up look in the wrestling ring on the set of A24’s upcoming film “The Iron Claw.”

The “High School Musical” alum is seen drop-kicking an opponent midair in the wrestling ring.

In the photo, Efron displayed his toned physique and donned blue shorts, while wearing sports tape around his wrists with his hair flying.

ZAC EFRON SAYS HIS ‘BAYWATCH’ BODY WAS NOT SUSTAINABLE, SUFFERED FROM ‘BAD DEPRESSION’ DURING TRAINING

“Pumped for this,” Patrick expressed.

“The Iron Claw” will tell the story of the Von Erich family and the impact it had on the sport of wrestling.

Efron will be joined by Lily James, Jeremy Allen White and Maura Tierney. Sean Durkin is writing and directing.

Fans got a sneak peek of a behind-the-scenes look when Zac Efron wore only a blue towel while walking on the set of “The Iron Claw.”
(MEGA)

Last month, fans got a sneak peek of a behind-the-scenes look when Efron wore only a blue towel while walking on set.

A24 also shared the photo on Twitter with the caption, “Introducing The Golden Warrior himself. Zac Efron is Kevin Von Erich in #TheIronClaw.”

This is not the first time Efron has had to physically alter his body for a movie role.

The “High School Musical” star revealed he did not ever want to be in shape the way he was for “Baywatch” in a 2020 interview.

“That was actually a really important time to do Baywatch because I realized that when I was done with that movie, I don’t ever want to be in that good of shape again. Really. It was so hard,” Efron admitted.

Stephanie Giang-Paunon is an Entertainment Writer for Fox News Digital. Story tips can be sent to [email protected] and on Twitter: @SGiangPaunon.

THROWBACK: Park Bo Young spoke about working with Seo In Guk in ‘Doom At...

Olivia Cooke Reveals She Was ‘Very Hungover’ on Her First Day of Filming House...