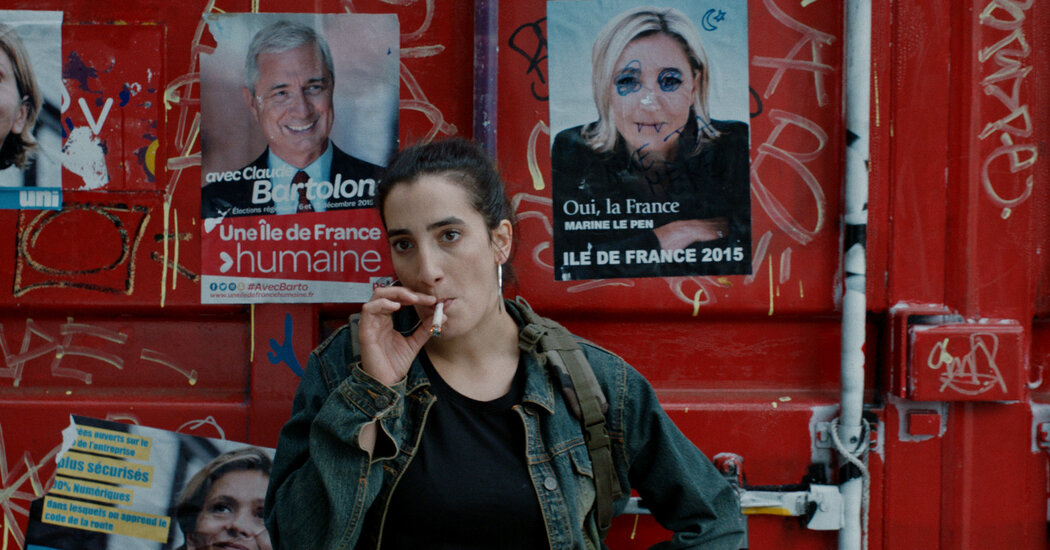 In “You Resemble Me,” the journalist-turned-filmmaker Dina Amer uses fiction to try and make sense of a complicated life: that of Hasna Ait Boulahcen, a Moroccan-French woman who died at 26 during a police raid on the hide-out of the mastermind of the 2015 Paris terrorist attacks. Initially described in some news headlines as “Europe’s first female suicide bomber,” Boulahcen was found to have been killed in the crossfire, raising new questions about the extent of her involvement with the terrorists.

Amer rounds out details drawn from interviews with Boulahcen’s family and friends with her own psychological coloring, striving to give shape to the inner life of a maladjusted immigrant. A whirling camera captures the tenderness and the tragedies of Hasna and her sister Mariam’s childhood, including parental abuse and their separation by the foster care system. The daily degradations of Hasna’s young adulthood as a drug peddler unfold in grimy scenes of Paris nightlife, while her eventual communion with a radicalized cousin is conveyed in hushed close-ups, underlining the powerful promise of acceptance that may have led her to ISIS.

But for all its empathetic detail, “You Resemble Me” contrives a rather simplistic cause-and-effect tale, grasping too desperately at elusive answers. Hasna’s ability to adapt to — or dissociate from — harsh circumstances is literalized through the deepfake technology used to morph the face of Mouna Soualem, who plays the adult Hasna, into those of other actors (Sabrina Ouazani, Amer). These interruptions, glitchy rather than compelling, shortchange the spiky rawness of Soualem’s performance. The film needs more facts and fewer flourishes, but its closing turn to documentary footage, comprising brief snippets of interviews with Hasna’s family, is too little, too late.

You Resemble Me
Not rated. In Arabic and French, with subtitles. Running time: 1 hour 31 minutes. In theaters.

Ruben Randall - November 23, 2022 0
TV/Movies
It’s no surprise — perhaps it was even inevitable — that one of the more widely criticized scenes in “Bardo, False Chronicle of a...