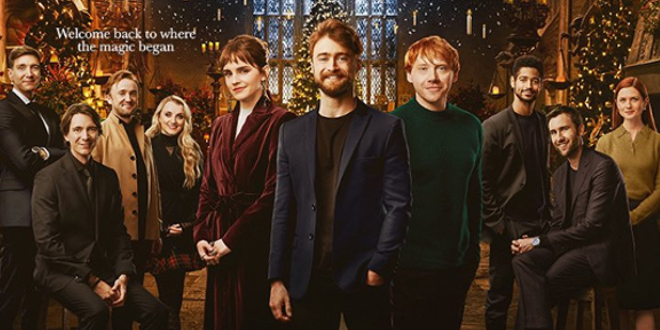 Warner Bros. celebrated the 20th anniversary of the theatrical release of Harry Potter and the Sorcerer’s Stone by gifting Potter fans with a beautiful special that reunited the cast and crew who worked on the Harry Potter film franchise. Harry Potter 20th Anniversary: Return to Hogwarts premiered on HBO Max on New Year’s Day and started the year off on an incredibly emotional note for most fans. While we see it as required viewing for any fan of the Wizarding World, we understand if you still haven’t had a chance to see it. After all, the reunion premiered on a streaming service that not everyone is subscribed to. However, after April, you won’t have any excuse. Earlier this week, it was announced that the Return to Hogwarts special will air on Cartoon Network and TBS.

Harry Potter 20th Anniversary: Return to Hogwarts will air on Cartoon Network on April 10 at 6:00 p.m. ET and then on TBS two hours later, at 8:00 p.m ET. With Fantastic Beasts: The Secrets of Dumbledore hitting theaters just five days later in the United States, the reunion premiere is meant to serve as a tie-in promotion for the newest Fantastic Beasts movie, with a sneak peek set to air during each network’s respective premieres. It’s a very good incentive to rewatch the sentimental special for Potter fans with HBO Max subscriptions. If you haven’t had a chance to see it beforehand, then be on alert for uncontrollable sobbing.

The majority of the special features intimate discussions between the cast and crew as they reunite on sets from the Potter flicks cut with interviews and behind-the-scenes footage shot during the filming of the eight movies. Overall, it was an incredibly emotional experience for most of the cast members as they reminisced about an important time in their lives. We’re certainly still crying from their many heartfelt messages of love for each other, the fans, and the franchise.

Will you be tuning in to rewatch Harry Potter 20th Anniversary: Return to Hogwarts on TV? Do you think we’ll be getting new footage from Fantastic Beasts: The Secrets of Dumbledore in the sneak peek? Let us know in the comments.

Watch: Seo In Guk And Park Bo Young Play A Game To Test Their...

Ruben Randall - March 30, 2022 0
Actor
Lucas Hedges is an American actor and is still relatively new to the scene but is already racking up nominations and awards for...