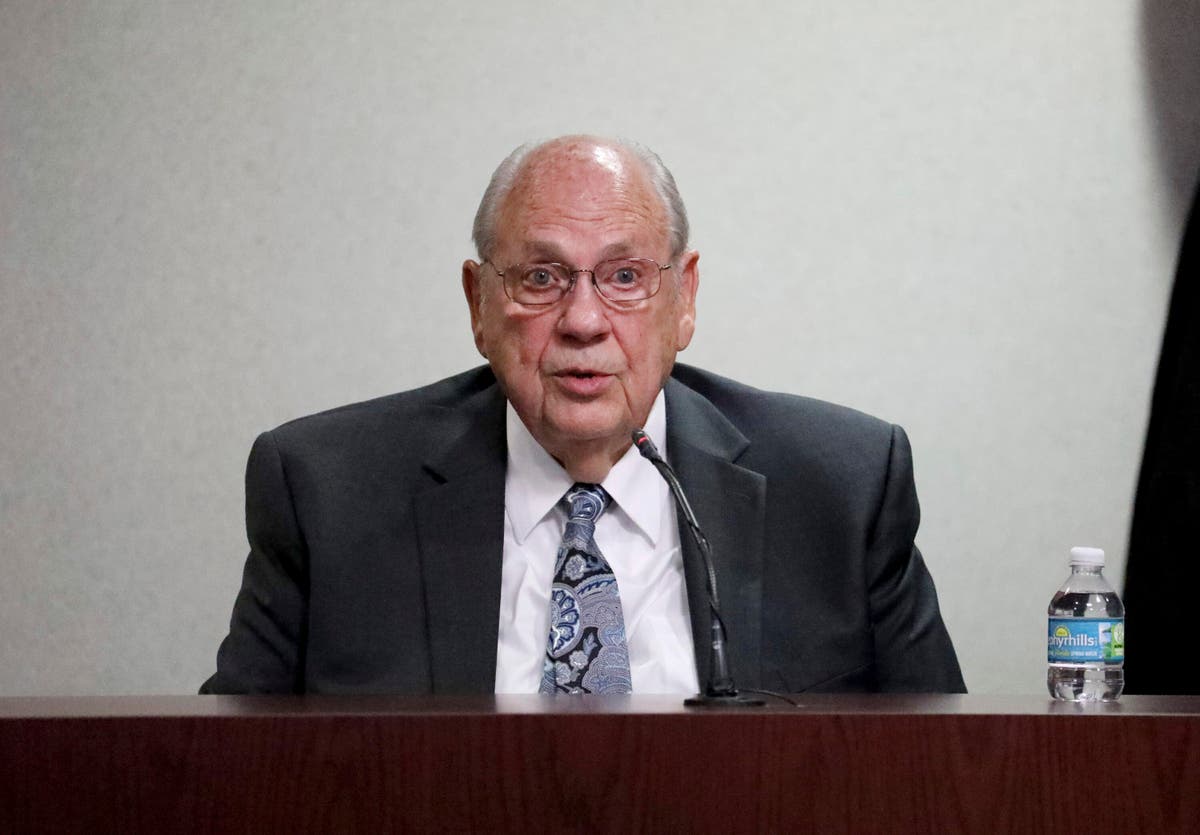 The only thing Curtis Reeves wishes he did differently after shooting dead a moviegoer for throwing popcorn in his face is not going to “another show”.

The 79-year-old former police officer broke his silence eight years after shooting Chad Oulson, 43, in apparent self-defence during a fight over texting during movie previews.

Asked during an interview with Good Morning America if he would do anything differently, the unapologetic Suptogenerian answered: “Went to another show”.

The Navy veteran was waiting to watch Lone Survivor, starring Mark Wahlberg as Navy SEAL Marcus Luttrell, at the Grove 16 theatre in Tampa, Florida, when his screening was interrupted by Oulson’s text messaging.

Lone Survivor tells the story of four Navy SEALs ambushed during a covert mission to kill a high-level Taliban operative in the Hindu Kush region of Afghanistan.

It was a generally well-received film, and earned two Academy Award nominations for Best Sound Editing and Best Sound Mixing – losing out to Gravity.

After shooting Oulson in the chest, and injuring the man’s wife, Mr Reeves was charged with second-degree murder and spent eight years under house arrest before being acquitted.

Lone Survivor, starring Mark Wahlberg, tells the story of four Navy SEALs on an ill-fated covert mission to neutralize a high-level Taliban operative who are ambushed by enemy forces in the Hindu Kush region of Afghanistan.

See also  I've taught in a school that dealt with gangs, drugs, and police intimidation

In addition to his regret at not seeing another show, Mr Reeves also expressed regret last month for the incident.

“It was a sad day for everybody on both sides. It never should have happened. I never wanted it to happen,” he said.

But Mr Reeves believes he “wouldn’t be here today” if he hadn’t brought a gun to the cinema.

After asking Oulson to turn his phone down, Mr Reeves said he left the theatre to report the incident to the manager before returning to watch the film.

“I had sat back to enjoy the movie and at that point, I was looking at the previews, and then suddenly out of the corner of my eye, he’s on his feet and I got hit in the face,” Mr Reeves told ABC.

“There was something that flashed in front of my face and at the same time, my vision kind of went blurry,” he added.

“At some point when I realized he was trying to reach for me or hit me again or strike me again is at that point when I went for the weapon.”

Curtis Reeves, 71, was found not guilty of murdering Chad Oulson after he ‘threw popcorn’