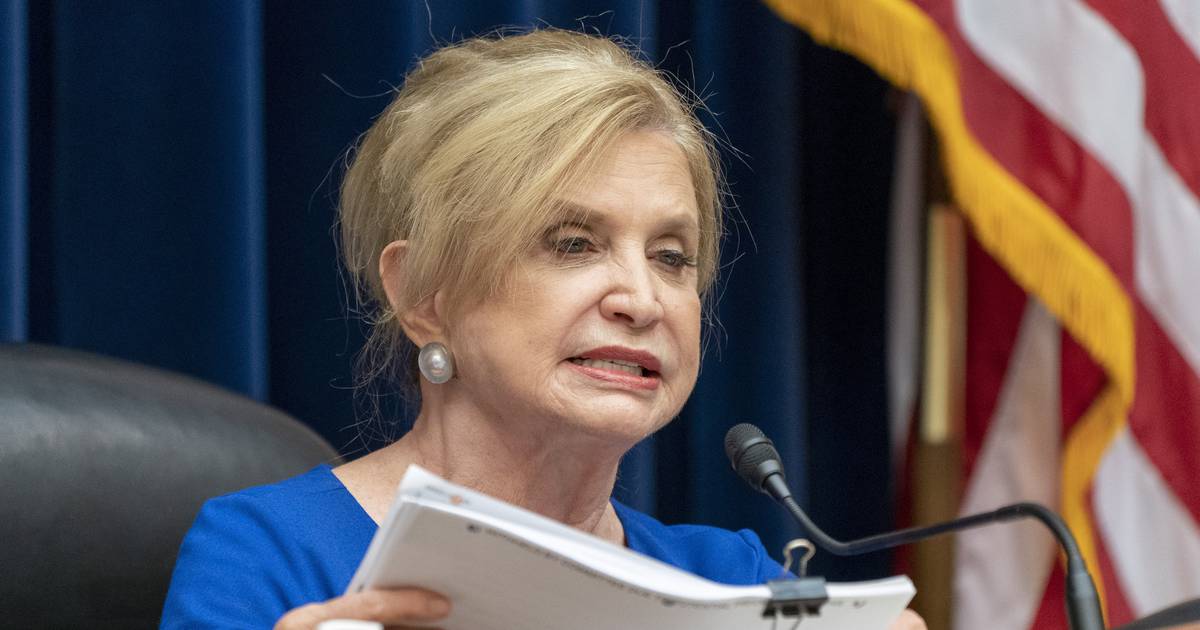 WASHINGTON — A package of bills that Democrats hope will curb any future Trump-like presidents passed the House Thursday, advancing measures that could stand as a legacy to departing Rep. Carolyn Maloney.

The bills aim to shield the U.S. Census from White House manipulation, protect federal workers who blow the whistle on renegade administrations, and prevent presidents from easily removing career civil service in favor of political appointees.

The Census bill in particular has been a focus for Maloney, whose office raised concerns early in Donald Trump’s presidency about how his administration was preparing for the decennial count of Americans. Among other things, Trump’s commerce secretary, Wilbur Ross, attempted to add a citizenship question to the survey outside of the normal process.

Career Census officials warned that step could cause problems, including causing an over-count of white Americans. The Supreme Court ultimately barred the question over improper process after lower courts ruled it had been sparked by “racial animus.”

“The previous administration took steps that undermined the bipartisan nature of the Census,” Maloney said in a debate ahead of the votes, pointing to unprecedented numbers of political appointees Trump named to the Census, as well as the procedural irregularities. “Partisan manipulation of the census is simply wrong.”

The whistleblower bill would plug a loophole in federal law after a judge ruled in 2020 that agencies are allowed to investigate employees who allege wrongdoing in certain circumstances, rather than the wrongdoing itself.

A third bill, called the “Preventing a Patronage System Act,” would bar the White House from reclassifying whole classes federal civil servants as eligible to be removed at the whim of a president to be replaced by political appointees.

“Blind loyalty and ideological purity tests must never determine who we trust with securing our nation’s borders, fortifying federal IT systems, caring for seniors and veterans, fighting public health threats, or responding to natural disasters,” said Rep. Gerry Connolly (D-Va.). “As one former federal human resource expert said, do we really think a government of political hacks and psychophants is in the best interest of the American people?”

Although some Republicans supported the bills, most GOP lawmakers ripped the measures as an attempt to entrench federal bureaucrats and a reflection of Democrats’ obsession with Trump.

“Our founding fathers never envisioned a massive unelected, unaccountable federal government with the power to create policies that impact Americans’ everyday lives, but that’s currently the state of today’s federal bureaucracy,” said Rep. James Comer (R-Ky.). “President Trump sought to take on this bureaucracy and restore power to the people by draining the swamp.”

Connolly fired back that a lot had changed since the founders drafted the Constitution.

“I remind my friend from Kentucky, neither did they ever envision the state of Kentucky. As a matter of fact, what is now Kentucky was claimed and owned by my home state, Virginia,” Connolly said. “There are a lot of things that weren’t envisioned back in the 1780s that we have to deal with in the 21st century, and that’s what we’re doing here today.”

The bills’ fates are uncertain in the Senate. With time running out on this session of Congress, the Senate’s calendar is already crowded with bills. In order to pass, Maloney’s bills would likely have to be attached to a larger one, such as a government funding bill.

Was Miles Teller Actually Only Paid $8,000 For An Academy Award-Winning...

Ruben Randall - January 28, 2023 0
Money
In 2022, Top Gun: Maverick became the second highest-grossing movie of the year as only Avatar: The Way of Water surpassed its box office...