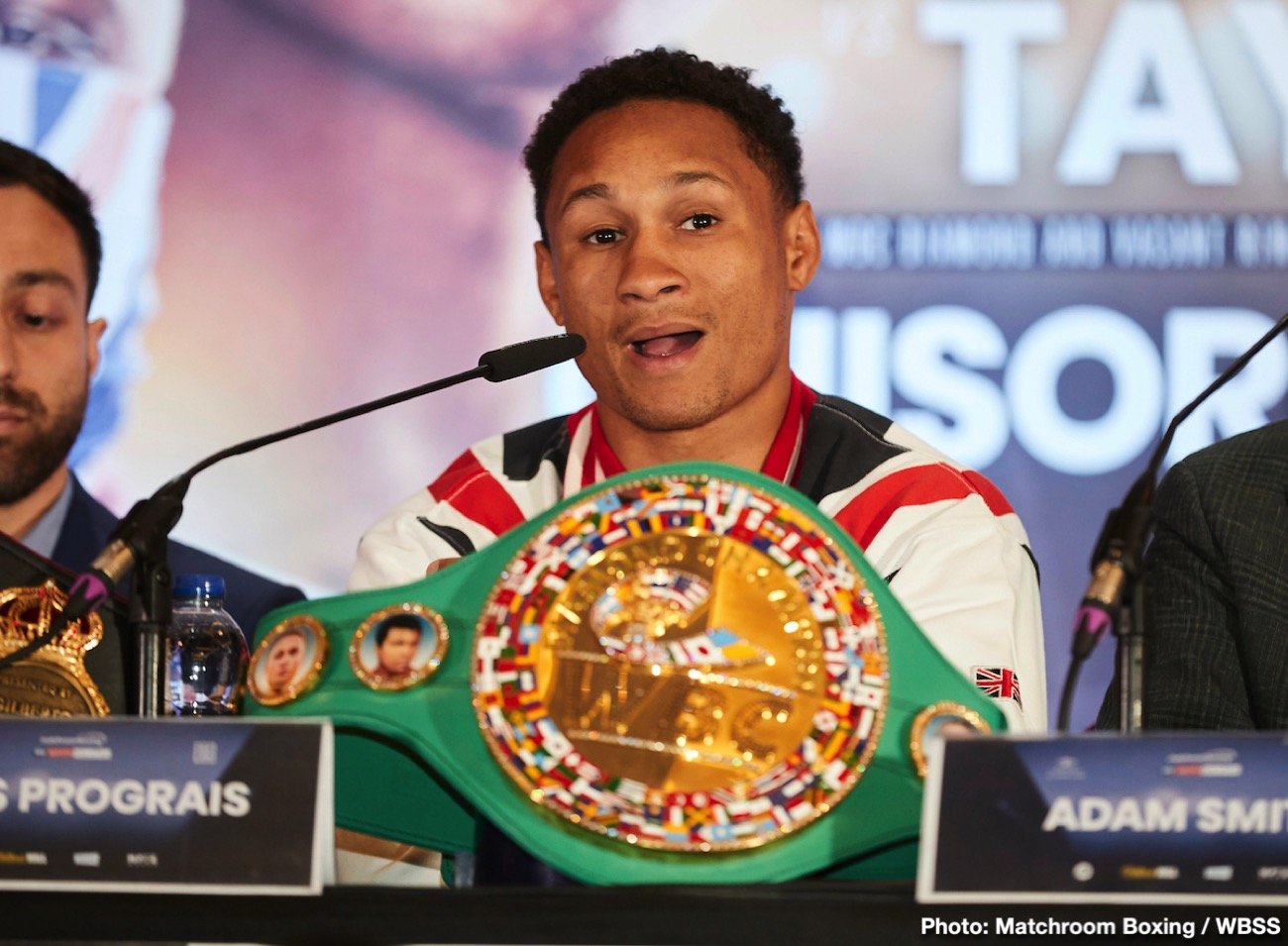 By Vince D’Writer – Super-Lightweight contender Regis Prograis has seemed to be a bit upset for a significant amount of time, but finally it appears that a change in mood is valid due to the good news Prograis recently received.
Lately Prograis has been feeling overlooked and underappreciated, but finally the boxing game has put some respect on his name.

A native of New Orleans, Louisiana, Regis “Rougarou” Prograis was victorious in his first twenty-four professional fights, and in April 2019 he captured the WBA super-lightweight title. Unfortunately, six months later Prograis would suffer defeat in a unification match against Josh Taylor by way of majority decision. Since the Taylor defeat, it appeared that Prograis was being slighted in certain situations.

After losing his WBA title, Prograis campaigned for a rematch against Taylor, but his request for a rematch went unwarranted. Fast forward to October 2021, Gervonta Davis was scheduled to face his arch-rival Rolando “Rolly” Romero in a December 5 bout at the Staples Center in Los Angeles California. The event was placed in serious jeopardy when Romero was hit with sexual assault allegations, and forced to pull out of the fight. Prograis proceeded to step up to the plate and offer his services, but Mayweather Promotions decided to go in a different direction as they selected Isaac “Pitbull” Cruz to be the alternate opponent.

The proverbial last straw came when unified super-lightweight champion Josh Taylor vacated the WBA and WBC titles. Prograis assumed he would be in line to compete for one of the two belts, but unfortunately, he was shut out. Prograis logged on to Instagram and he made a video to verbalize his frustration.

“Now y’all tell me this, answer me this, how is two titles vacant, two f–kin titles vacant and I’m not fighting for either one of ’em? That sh-t don’t make sense. I was supposed to fight for the WBA, you saw what they did, right? And now the WBC, they got Ramirez and Jose Zepeda fighting each other. And how am I not even in the mix?”

Weeks went by as Prograis continued to vent his frustration until the sound of a particular set of bells opened the door of opportunity. Jose Ramirez announced he was pulling out of the title fight between he and Jose Zepeda because of a conflict with his wedding in October. The WBC proceeded to scrap the bout and ordered a match between Jose Zepeda and Regis Prograis. Finally after a series of frustrating moments, Prograis will receive his chance to shine.

Once again Prograis logged on to Instagram, but this time he didn’t log on to display his frustration. This time he logged on to share his joy. After finding out he was selected to compete for the WBC strap, Prograis posted a video of himself in the center of the boxing ring dancing. He’s obviously happy in regards to being awarded a chance to fight for a title. I guess this is an example of the old adage, good things come to those who wait.

The Win-Win Trade Idea For The Nets And Cavaliers: Kyrie Irving For Collin Sexton,...

20 Things Wrong With The Malfoys Fans Choose To Ignore