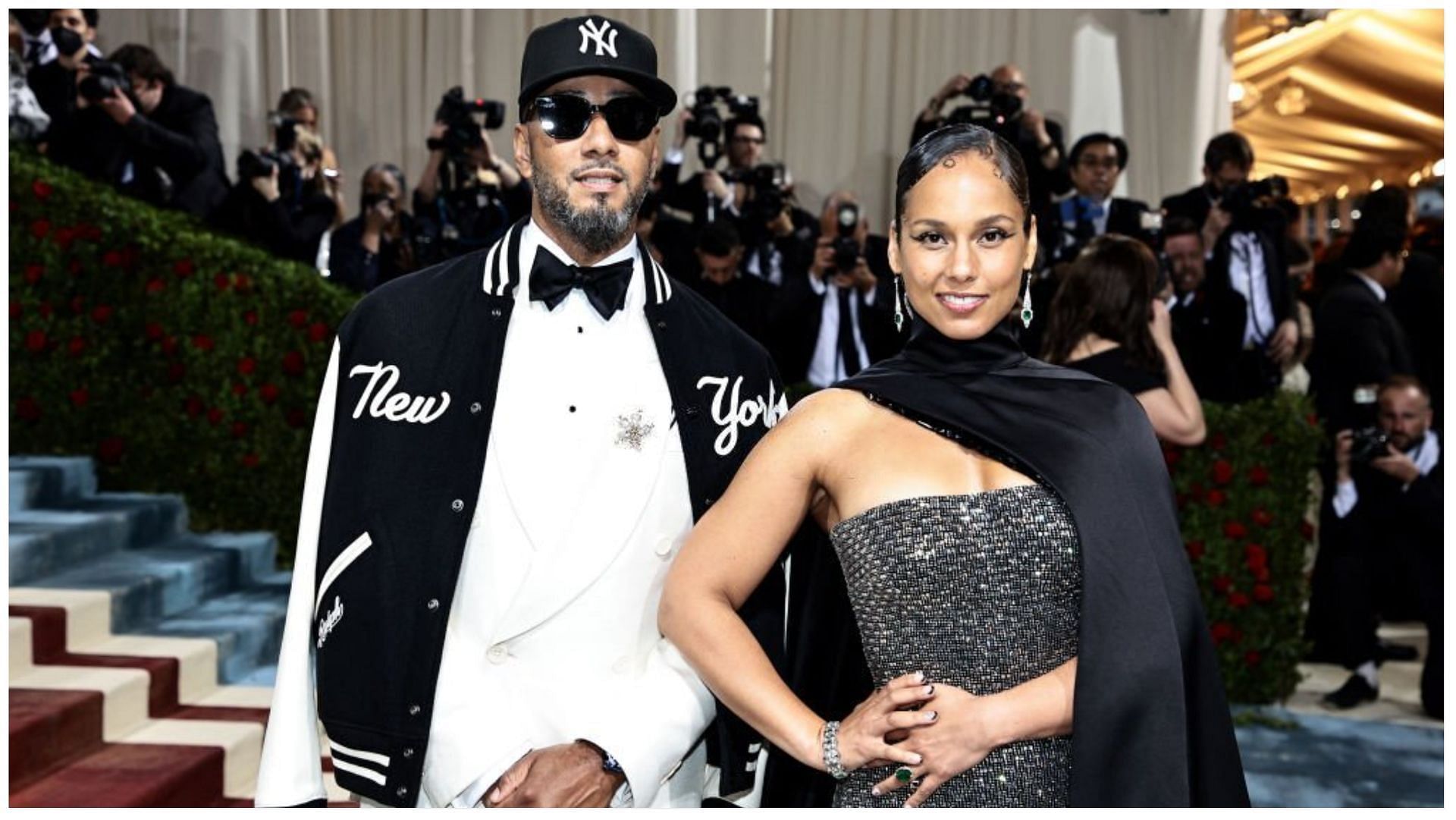 Swizz Beatz recently gifted a beautiful necklace to his wife Alicia Keys. The 150 carat pendant is designed by famed jeweler Elliot Eliantte and its estimated cost is $400,000.

The necklace is made of baguette diamonds shaped like the Great Pyramids and features Alicia’s portrait inspired by Egyptian queen Nefertiti. Eliantte shared his work in a video via Instagram where Alicia is seen wearing the necklace for the first time. The caption reads,

“Legenday Nights W Legendary Ppl! From NYC To Milan @aliciakeys Receives A Special Necklace From Her Husband @therealswizzz and Their Children.”

“Art Piece Made For A Queen. The Iconic Nefertiti Has Been Sculpted to Resemble @aliciakeys. This Custom Designed Link Made of Ankhs & Infinity Links Symbolizes Eternal Life. The Baguettes Are Set in a Brock Formation Like the Great Pyramids in Egypt.”

Even after many years of marriage, Swizz Beatz never stops coming up with new ways to pamper Alicia Keys. The record producer’s networth, according to CelebrityNetWorth, is estimated to be around $150 million.

Swizz Beatz rose to prominence in the hip-hop industry when he was only 18. His family record label Ruff Ryders alongside his friendship and work with rapper DMX, has helped him become a familiar name among people. He has made a fortune as a hip-hop artist, record producer, and composer.

They were the owners of an apartment in New York, purchased from Lenny Kravitz for $12.75 million in 2010. They bought a mansion for $20.8 million in La Jolla, California in September 2019.

Swizz and Alicia announced in August 2019 that they were planning to transform the former Jindal Films center in Macedon, New York into a performing arts center and recording studio.

In brief, about Swizz Beatz

Swizz is a member of trustees at the Brooklyn Museum since 2015 and is a creative director for Monster Cable and Rebook. He has been married to Alicia Keys since July 2010, and they are the parents of two children – Egypt Daoud Dean and Genesis Ali Dean.

Ruben Randall - May 20, 2022 0
Money
Still going strong after 20 years of professional play under his belt, it’s safe to say Alexander Ovechkin continues to have a storied career....