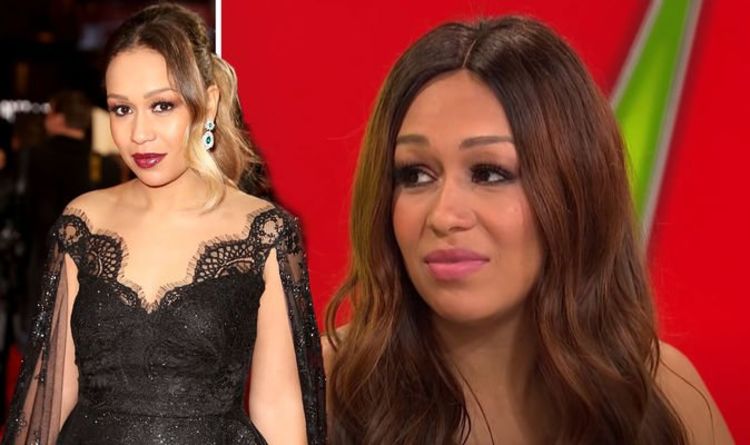 Singer Rebecca Ferguson has taken to social media to share her heartbreak after suffering a miscarriage. The singer who found fame on The X Factor revealed that she had been promoting music while suffering from her heartbreak.

Rebecca, 34, said she “almost died” while promoting music for her fans to listen to during the early stages of her career.

The Liverpool-born singer went on to say that despite suffering a miscarriage, she was “pleading” with some members of her team that she was “too ill to work and needed rest”.

It is not clear when Rebecca suffered her miscarriage or who she was working with at the time of the ordeal.

The singer who came second on the talent show shared a string of tweets in view of her 661,700 followers.

Famed for her powerful vocals, the singer said: “You will see more in my documentary..” she added that she was “forced to work through a miscarriage despite me pleading to them that I was too ill to work and needed to rest!

“They need to be stopped! Exploitation at its absolute worst! modern-day slavery!”

Rebecca went on to add: “For those who say you knew what you were getting into! I almost died promoting music for you all to listen to!

“I lost a baby whilst promoting music for you all to listen to! Nope definitely did not! ever! In a million years sign up for that! Stop defending abusers!”

Rebecca, who is currently campaigning to ensure that the music industry is governed by an independent ombudsman is working on a documentary, detailing the wrongdoing within the industry.

In a series of cryptic tweets, the Nothing’s Real but Love singer went on to say: “Taking artists out of ‘circulation’ and refusing to allow them to work because you have had your financial use of them is exploitation! It is modern-day slavery! FACT!

“I don’t care who your friends are in high places who quite clearly refuse to call you out for your actions in case they are financially disconnected!

“Get new friends! I am here to tell you you are wrong and what you have done is abuse and exploitation!”

The mum-of-three continued: “And the same friends who have given you bad advice and who are currently stroking your ego! Will flee and run a million miles away when my documentary comes out exposing the truth. however, as you taught me through your own ruthlessness that’s showbiz!!

“And for all of you saying they will bury your story and ruin you because money is power! No, my dears power is power! T

“Truth and receipts and evidence and emails and medical records and police records is POWER!

“I am all grown up now what you ‘All’ did to that young innocent girl is unforgivable! However, that young girl is now a woman and this woman is going to make sure that you ‘ALL’ never abuse another artist ever again!”

As well as working on securing a governing body, Rebecca has demanded that parliament open an inquiry into the music industry as well as campaigning for regulation to protect musicians and fellow artist from “bullying” by management teams.

Rebecca tweeted earlier this month: “An inquiry is what is needed in the ‘Music Industry’ not a meeting with the old boys club! Who will likely sit there and deny all knowledge.

“They need to be faced with Facts! Evidence! Police reports! Witnesses! In front of a parliamentary committee.”

She had earlier said: “I will now continue my fight and campaign behind the scenes with ministers, politicians and the police. I will inform the public/fans when I have updates. I will keep you all updated!”

Who is Lamar Odom and what’s his net worth? – The US Sun

Ruben Randall - November 2, 2021 0
Money
Growing up with famous parents, Tori Spelling has always lived her life in the public eye. The daughter of Aaron Spelling and Candy Spelling,...