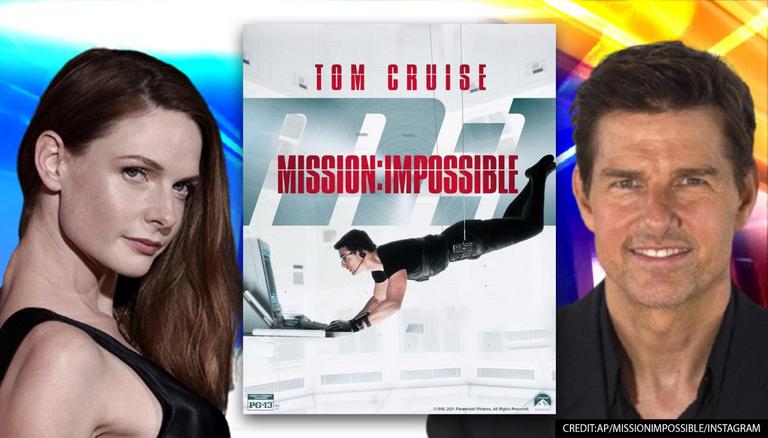 Mission: Impossible 7 is the most insane ride ever witnessed in a film. Due to the global pandemic, the film was one of the first big productions to be halted. When the movie was finally able to resume filming, it was subjected to several shutdowns, despite the fact that star Tom Cruise appeared to be a firm believer in following the rules. While the fight to have this film created has been difficult, it appears to have paid off for at least one performer, as Rebecca Ferguson has revealed that she has completed her work on the new film.

According to Rebecca Ferguson’s Instagram post, Mission: Impossible 7 isn’t quite through filming yet, but she has completed her commitments to the project. She shared a fantastic photo of herself and co-star Tom Cruise, which director Christopher McQuarrie is said to have taken. It depicts the couple plainly enjoying each other’s company during their free time.

It’s been a year and a half since the movie was due to start filming in February 2020, and things are finally starting to wind up. Except for the expected reshoots, it appears likely that the movie will have finished production by the end of this month, barring any additional pandemic-related shutdowns. There’s also the fact that Mission: Impossible 8 is set to begin filming in the near future.

If this were a lesser movie, the entire production would most likely be discarded. There have never been any films made with more difficult climbs than Mission: Impossible 7. Those weren’t, of course, the seventh instalment in a massive Tom Cruise franchise. Despite the current state of the movie industry, particularly the box office, there is a high expectation that the upcoming Mission: Impossible will be a success, as has been the case with every other film in the franchise. It’s well worth the effort and money to get it right.

Ruben Randall - November 11, 2022 0
Money
FTX’s investors and token holders of FTT have had a rough week with the unprecedented series of events that culminated in rival Binance all...