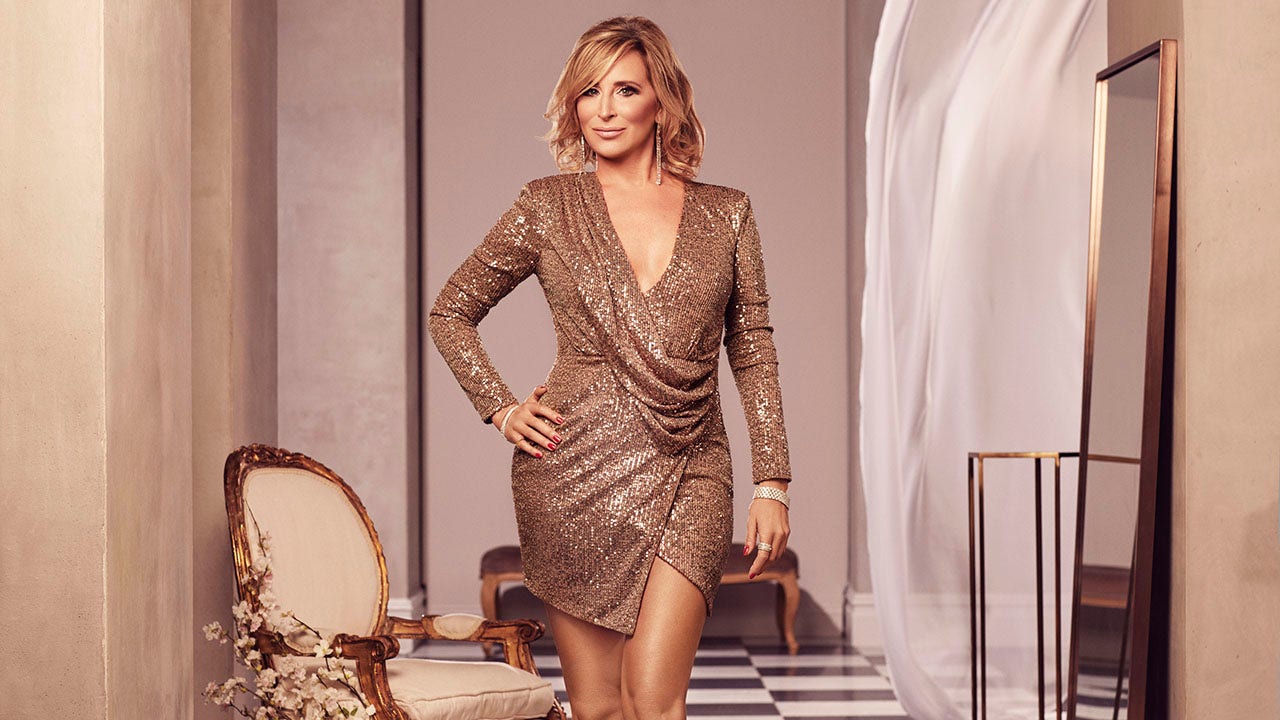 Bravo fans know Sonja Morgan for her candor, and now the reality TV star is spilling details on her “Real Housewives of New York City” castmates and sharing her thoughts on cancel culture and her tips for staying young.

“You know, everybody asks me that, but there’s a bunch of little tricks. But one thing I know is you work hard, but you have to play hard,” Morgan, 58, told Fox News Digital.

“If you don’t blow off a little steam — and obviously, I think sex is very healthy. I don’t care if you’re older, divorced. I mean, I said that episode one on Real Housewives. You know, the first season I came in, I brought that subject up about dating younger men and, you know, and not putting yourself on the show.”

Morgan went on to share specific self-care treatments she indulges in to keep herself looking youthful.

‘RHONY’ DORINDA MEDLEY EXITS BRAVO SERIES: ‘ALL THINGS MUST COME TO AN END’

“Real Housewives of New York City” star Sonja Morgan spoke to Fox News Digital about her stand-up comedy career and cancel culture and shared who was the most difficult housewife to work with.
(Sophy Holland/Bravo)

“The other thing is, I always have a humidifier going in the winter. I take baths, I don’t take showers. I like salt and oils. I slather it all on my face, whatever. I can just go to bed with a clear conscience. I just say it like it is,” she stated.

“I’m a Sagittarius. It may hurt your feelings, but being a Pisces moon, I’m sensitive too, so I can get through it. And being a Gemini rising, my mouth never stops. I’m a communicator. [Former castmate] Bethenny Frankel said, I’m a repeater. I said, ‘No, I’m a promoter.’ Different.” 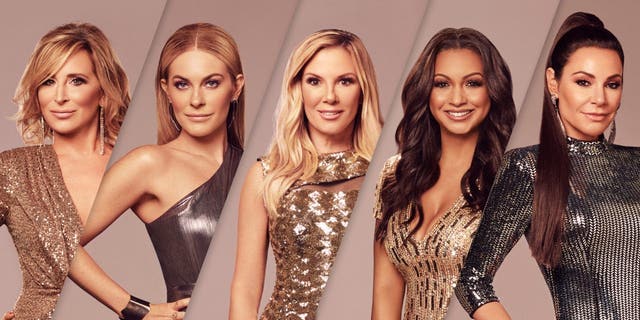 Morgan shared with Fox News Digital which housewife was initially the most difficult to work with.

“I love Dorinda, but she really came at me when I first came on the show, and then we ended up being best friends,” Morgan said, referring to Dorinda Medley. I thought Jill [Zarin] was difficult, but we’re also very close.

“[Jill] used to put my dirty laundry out the whole time. I was going through a divorce and a Chapter 11 reorganization of my properties that I owned and my businesses. Yeah, but you know what I learned real quick? When you come on the show, everything is public knowledge.

“And I used to be a very private person. So Jill was one of the first people I dealt with, you know, on reality TV. And then Dorinda came on. Oh, wow. But, like I say, we’re stronger for it. Dealing with these issues and things that are, you know, what do they call that, the elephant in the room.”

When asked about season 14, Morgan didn’t disclose if she will be returning or who is going to make up the cast. “Well, I can’t tell you details because that’s up to, you know, Andy Cohen. It’s up to the executive producers,” she said. 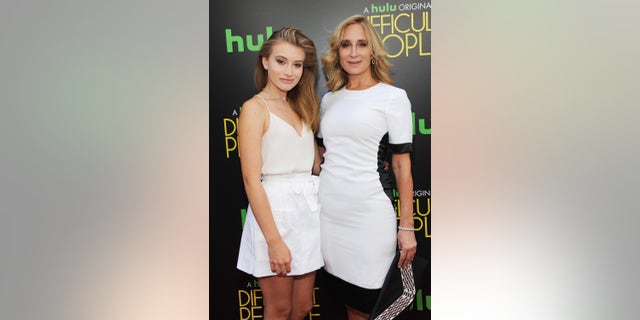 Outside the reality TV franchise, the “Sonja in your City” comedy host opened up about what the next chapter of her life will entail.

“Well, first thing I wanted to do after COVID is to connect with my artists being, you know, most of them are designers, singers, musicians, artists, writers, painters,” she said. “You know, I’m known for doing these art shows, and my drag queens haven’t worked all this time like comedians. So doing that is a feel good thing.”

Morgan has been on a stand-up comedy journey of her own. She refers to herself as the “funny one” on the “Real Housewives of New York City” and decided to pursue comedy.

“Well, most people know me for ‘Real Housewives of New York City’ as the funny one. And before ‘Real Housewives,’ I was always the entertainer, the one that got up at charity events and sang at the piano. And I would put these bits together. And I coined a word called Cab Burlesque,” Morgan shared. 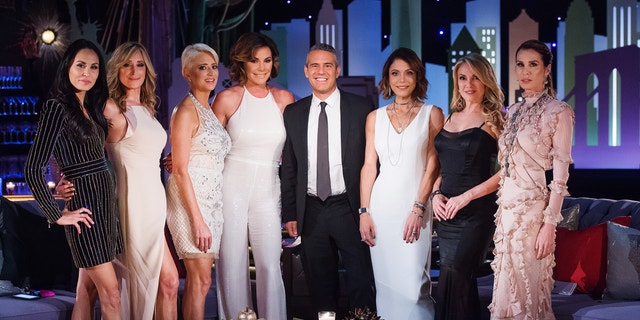 “Cab Burlesque is cabaret meets soft burlesque. So, it’s a lot of fun. You know, I go to the gay bars, I perform there, I do them at my charities. I have drag queens coming out my ears. So, yeah, it was a natural for me. And I came in touch through Kelly Brady PR. She put me in touch with Norm LaViolette. You know, he owns the Improv Asylum in New York and Boston and so on, and he has directed the Jeremy Brothers.

“And I would just clip the three of us. This was before COVID. I mean, and it just goes on and on after we got back out there and, you know, we had to decide now that it’s gotten bigger now we’re with Live Nation and my agents were like, ‘Are we going to take our own drag queen and stand-up comedian? And what do you think my answer was?

“No way. No way,” she added. “It would be easier, and it would be a sure thing. But I always support local talent, you know, the followers who watch my show and been there for me.”

Morgan said she does not allow videos or pictures while she’s on stage because she “doesn’t want to get caught saying something stupid and then it gets out there out of context.” 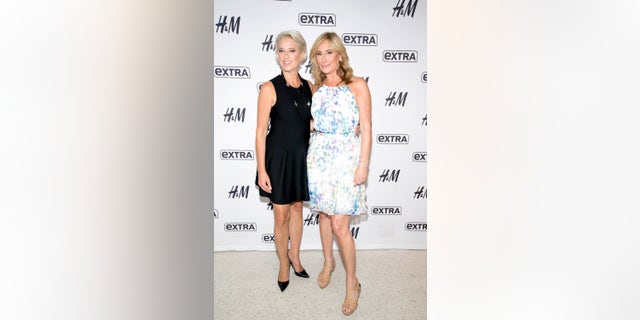 Dorinda Medley and Sonja Morgan visit “Extra” at their New York studios in Agustin 2017. Morgan shared with Fox News Digital that working with Medley was difficult at the beginning of the show.
(Paul Zimmerman/Getty Images for Extra)

“You know, my main gig is filming as a television personality, and it’s a cancel culture. I have to be really careful of not hurting my piece, you know, saying something that some one person could take it personally,” she said.

When asked about cancel culture, Morgan quipped that “you are only as good as your last tweet.” She also noted that people should not “throw the blame around” and to take a look at what’s going on.

“Well, you know, it is a time for everybody to take a look at what’s going on and what you can do to help change and be responsible. Don’t throw the blame around,” she said.

“I think COVID highlighted that being at home with each other and having to deal with each other like you were on a trip as a housewife, you know, we go on those trips as a housewife, we get in each other’s faces, and we work it out. We love each other, you know, we’re better for it. And I think that it’s more than too late to be doing it. I’m glad it’s happening. And it’s a sacrifice for everybody. It’s not easy on anybody, but you have to do it.”