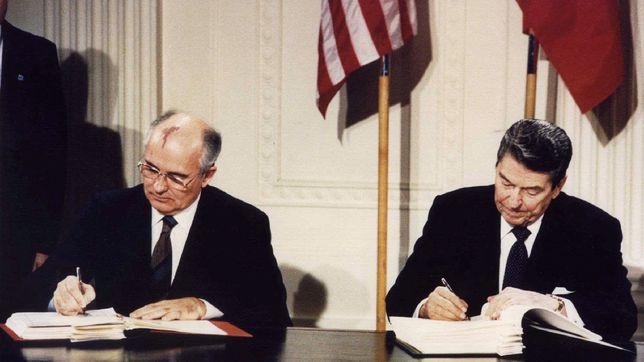 Gorbachev was a 20th century leader who made a huge impact on his country, but also influenced politics and relations outside of the USSR during his brief tenure as the last Soviet leader. Between 1985 and 1991, Gorbachev managed to open the Soviet Union up to the rest of the world, a move that was applauded outside of his country, but not so much behind the Iron Curtain.

Many of his fellow countrymen never forgave him for allowing the Soviet Union to break apart as 15 republics declared independence between 1989 and 1991, when Gorbachev was forced to resign as Soviet president on Christmas day. In an interview with CNN in 2012 he said: “The breakup of the union was the result of betrayal by the Soviet nomenklatura, by the bureaucracy, and also Yeltsin’s betrayal. He spoke about cooperating with me, working with me on a new union treaty, he signed the draft union treaty, and initiated that treaty. But at the same time, he was working behind my back.”

Despite his mixed legacy at home, he was highly considered abroad and was known as a leader with an international perspective. In 1990 he was given the Nobel Peace Prize “for his leading role in the peace process which today characterizes important parts of the international community.”

World leaders have taken to Twitter today to remember Gorbachev as a global figure who presided over a peaceful end to the Cold War. His leadership, which brought change to the Soviet Union and Eastern Europe in a crucial moment of World history, is remembered today by politicians and celebrities alike:

At inflection points in history some leaders rise, others falter. Mikhail Gorbachev, who passed away today, rose to make our world safer. He was imperfect, as we all are. But he had a vision for stability over chaos and ultimately freedom over repression. We need more of that.

There’s an old saying, “Never meet your heroes.” I think that’s some of the worst advice I’ve ever heard. Mikhail Gorbachev was one of my heroes, and it was an honor and a joy to meet him. I was unbelievably lucky to call him a friend. All of us can learn from his fantastic life. pic.twitter.com/All5suSke1

UK Prime Minister and Leader of the Conservative Party, Boris Johnson shared his feelings on the past leader of the USSR:

I’m saddened to hear of the death of Gorbachev.

I always admired the courage & integrity he showed in bringing the Cold War to a peaceful conclusion.

In a time of Putin’s aggression in Ukraine, his tireless commitment to opening up Soviet society remains an example to us all.

Although US President Joe Biden still hadn’t made a statement on Twitter, former US Secretary of State Condoleezza Rice wanted to share her thoughts on what Gorbachev had achieved:

I am saddened to hear of the passing of Mikhail Gorbachev. He was a man who tried to deliver a better life for his people. His life was consequential because, without him and his courage, it would not have been possible to end the Cold War peacefully.

Daniel Dae Kim on Asian American Experience: ‘You Have to Make...

Ruben Randall - May 8, 2022 0
Actor
For the past three decades, Daniel Dae Kim has increased exposure for marginalized groups — especially Asian Americans — as an actor and...