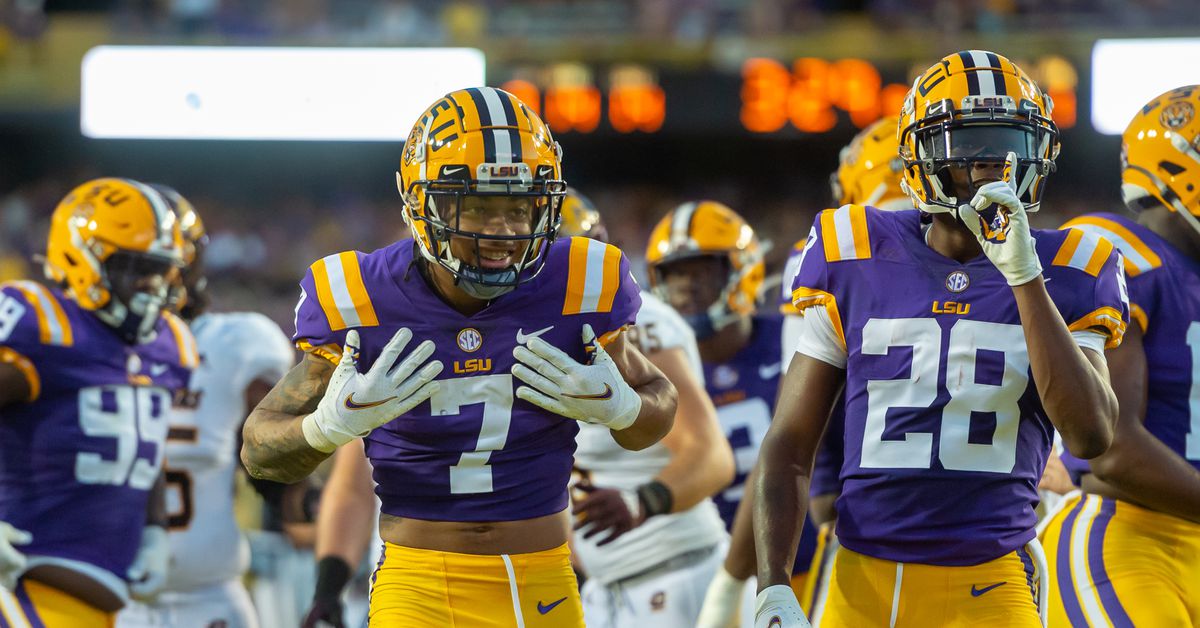 As Ravens prepare for draft, bluffing could be part of the process, too – Jonas Shaffer

Will the Ravens draft an offensive tackle early?

DeCosta: “We feel that there’s an opportunity in the draft to address the tackle spot at some point, whether it’s in the first round or the fourth round. There’s good players all throughout this year. It’s a very, very deep position class. And so there’s a lot of different ways for us to skin the cat. And we’ll do that at some point.”

Verdict: Bluffing slightly. Even with Morgan Moses signed to play right tackle and Ja’Wuan James apparently impressing team officials, the Ravens’ left tackle situation is perilous. DeCosta acknowledged that he’s “not sure how Ronnie [Stanley]’s going to rebound” from his second straight season-ending ankle injury. “We’re optimistic. I don’t want to speak for Ronnie, and I wouldn’t speak in specifics, but we feel like he’s on a good pace to come back.”

The Ravens “try to protect ourselves as best as we can,” DeCosta added later, and with the free-agent market unlikely to turn up another tackle like Moses, the draft is the safest path to stability. But how much security can a fourth-round pick offer? Only two tackles taken in the fourth round or later last year started more than four games as a rookie, and only one started more than eight. Even Orlando Brown Jr., a third-round pick in 2018, didn’t start regularly at right tackle until late October that season.

One of the most popular mock draft projections to Baltimore has been Iowa center Tyler Linderbaum, but if General Manager Eric DeCosta isn’t throwing up smokescreens, it doesn’t seem to be a fit.

The Ravens are still looking to upgrade their offensive line. Last year’s starting center, Bradley Bozeman, departed in free agency. On the surface, it makes sense.

But Linderbaum doesn’t fit the mold of what the Ravens have usually looked for, or drafted/signed, at the position.

At 6-foot-2, 296 pounds, Linderbaum is one of the smallest offensive linemen in this year’s draft. He has fantastic quickness, footwork, and a wrestler’s mentality. But pundits believe Linderbaum’s size will make him scheme dependent as more of a zone blocker.

“I think one of the cool things about this draft at the center position is we see four or five guys that we like that might not be first round-type picks and that might be second, third, or fourth round guys that we think would be good players at center this year,” DeCosta said.

This is a mean group that will intimidate opposing offenses. Ingram earned three Pro Bowl bids during his time with the Chargers and found success rushing the passer and stuffing the run during a 2021 spent in Pittsburgh and Kansas City. The days of Houston chasing the league’s sack record are long gone, but we’ll rotate him in and see if he can still get the engine going. Hughes is a pass-rushing specialist who has a knack for getting in a QB’s grill, while JPP is coming off a gnarly bust of a season (he ranked dead last among 108 qualified edge rushers, according to Pro Football Focus). A change of scenery might help.

See also  Are Daniel Radcliffe or Wolverine in Doctor Strange in the Multiverse of Madness?

My lunch-pail guys have arrived at the construction site. Hicks and Joseph are proven run stuffers, while Campbell is an all-time Good Guy who remains one of the better all-around D-linemen in football.

The Ravens always seem to be on the hunt for one more cornerback. No matter how good their group looks, they seem to be willing to invest in improving it. With Marcus Peters potentially on his way out after 2022, Stingley could be a fantastic long-term partner to Marlon Humphrey.

Humphrey can play in the slot, which could mean we see Stingley start early in 2022. A trio of Stingley, Humphrey, and Peters would undoubtedly be a strong trio. Playing in a division with Deshaun Watson and Joe Burrow, having good play at the cornerback position will be crucial, especially as the Ravens have to face Stingley’s former teammates in Burrow and Ja’Marr Chase at least twice a year for the foreseeable future.

2022 NFL Draft: Eight Day 3 prospects that should be on your team’s radar – Anthony Treash

Kolar is a big tight end at 6-foot-6 and 252 pounds with 34.5-inch arms. He blew testing out of the water during his pro day, turning in a 4.67-second 40-yard dash, 1.62-second 10-yard split, 6.98-second three-cone, 35.5-inch vertical and 120-inch broad jump. On top of that, he’s consistently been one of the highest-graded tight ends over his collegiate career, as Kolar has been a top-10 graded player at the position in each of the last three seasons. The Iowa State tight end has been reliable, posting just five drops on 256 career targets, and is a natural at finding soft spots against zone coverage while also holding his own against single coverage. His blocking is suspect, though.