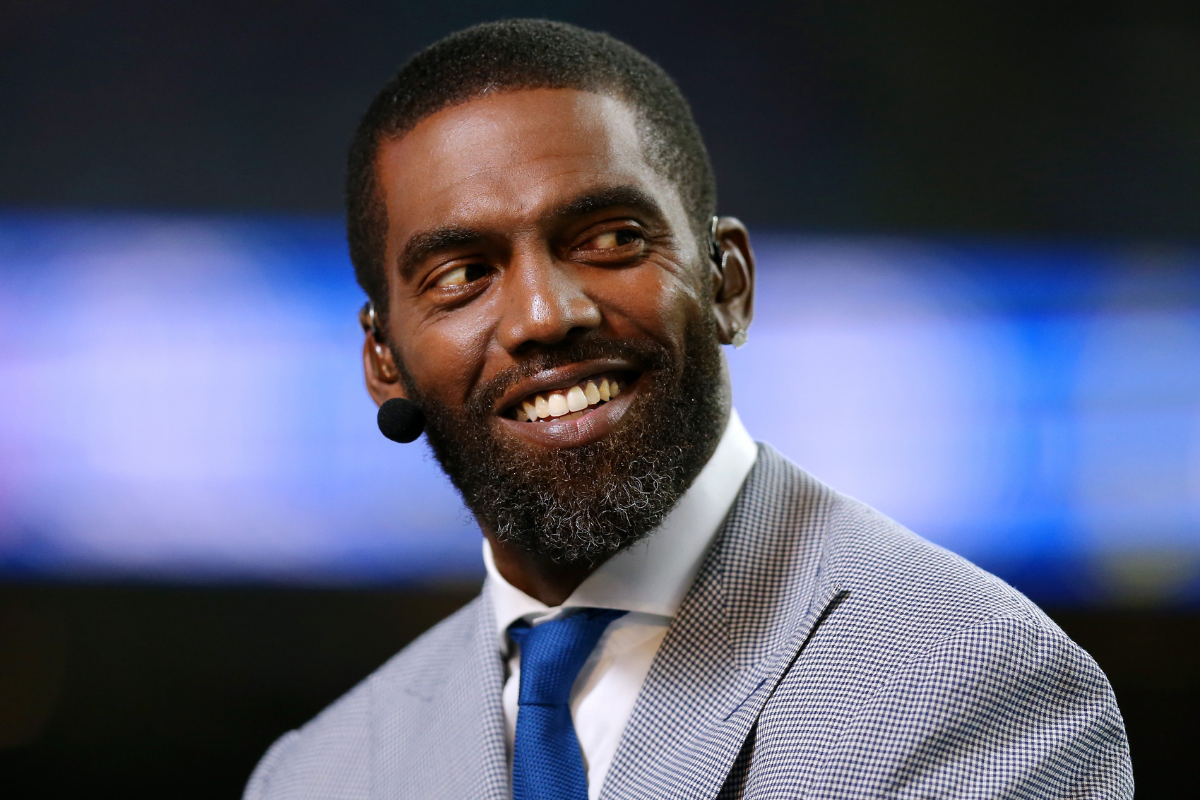 Randy Moss spent 14 seasons in the NFL, proving his worth as one of the best wide receivers in NFL history and earning his place as a Pro Football Hall of Famer.

The former Vikings star recorded 982 receptions, over 15,000 yards and 156 receiving touchdowns throughout his decorated career, which spanned from 1998-2012.

While things came fairly easy for the gifted wideout on the field, things weren?t quite so easy off it, particularly when it came to his first love.

Randy Gene Moss was born in Charleston, West Virginia to parents Randy Pratt and Maxine Moss. He grew up in Rand, West Virginia and attended DuPont High School, leading the team to back-to-back state football championships and earning West Virginia Football Player of the Year in 1994. He was also a star high school basketball player, but chose to focus on football.

Moss was charged with two counts of misdemeanor battery after a student was hospitalized following a fight at school. His involvement in the fight resulted in him serving three days in jail and losing his place at his dream college, Notre Dame, and got him expelled from DuPont.

The American football player ended up attending Florida State, but was dismissed from the college football program after violating his probation, having tested positive for marijuana. The wide receiver ended up transferring to Marshall University, near his hometown, which at the time was a Division-II NCAA program.

After two sensational seasons at Marshall, Moss declared for the 1998 NFL Draft, where he was drafted by the Minnesota Vikings in the first round.

Randy Moss was together with his high school sweetheart, Libby Offutt, for a long time though the couple were reportedly never married, despite people often referring to her as Moss? ex-wife. The pair had their first child, Sydney, while still in high school.

The relationship between Moss and Offutt was often tumultuous, and the couple got into a heated argument in 1996, which saw them both arrested for battery. Their relationship reportedly ended shortly after the altercation.

In 2016, Moss criticized Libby on social media, blasting her for abusing drugs and not properly caring for their children. Moss wildly claimed that Offutt had spent $4 million on drugs, though Offutt denied the accusation.

Moss and Offutt have five children together, Sydney Moss, Thaddeus Moss, Montigo Moss, Senali Moss and Sylee Moss. Thaddeus Moss, who attended St. Albans High School in West Virginia and graduated from Mallard Creek High School in Charlotte, North Carolina, was a standout tight end at LSU and is currently a member of the Cincinnati Bengals.

Randy Moss married Lydia Griffith Moss in 2015, following his breakup with Offutt. Lydia Moss prefers to keep her personal life private, so not much is known about her upbringing or the couple’s married life.

She?s been spotted with Randy at various events, including the former NFL player’s induction to the Pro Football Hall of Fame in 2018.

The Minnesota Vikings immediately reaped the rewards of taking a chance on Moss in the draft. As a 21-year-old rookie, Moss caught 69 receptions for 1,313 yards and setting a single-season rookie record with 17 touchdown receptions. Moss earned a spot on the All-NFL First-Team and was named AP Offensive Rookie of the Year.

The wideout was shipped to the Oakland Raiders in 2005 in exchange for a first round and seventh round pick. Moss was never content in Oakland, however, and the team traded him to the New England Patriots after two seasons during the 2007 NFL Draft.

In 2007, the professional football player had one of the best seasons for a wide receiver in National Football League history, hauling in an NFL record 23 touchdown receptions in the regular season. The Patriots would make the Super Bowl in 2007 after an undefeated campaign, but lost dramatically to the New York Giants.

Moss signed a new three-year deal with the Patriots and was a key piece of Bill Belichick’s offense in 2008 and 2009 before being traded back to the Vikings in 2010. Moss was waived by the Vikings four weeks after the acquisition after making critical comments. He was claimed on waivers by the Tennessee Titans.

Moss’ final season in the NFL came in 2012 after he signed a one-year deal with the San Francisco 49ers.

According to Celebrity Net Worth, Randy Moss boasts an estimated net worth of $25 million through his football career as well as endorsements and his work an ESPN’s Sunday NFL Countdown and Monday Night Countdown. He also worked as a Fox Sports analyst.

See also  Want To Own Kanye West's Publishing Catalog? It's For Sale, But Considering The Annual Royalty Income, It's Not Going To Be Cheap...

Things didn’t work out for Moss in his first relationship, but the Hall of Famer seems to be faring much better in married life with Lydia.

Inside Orlando Brown’s 2022 net worth as Funny Marco interview goes...

The Richest Disney Channel Stars, Ranked From Lowest to Highest (&...