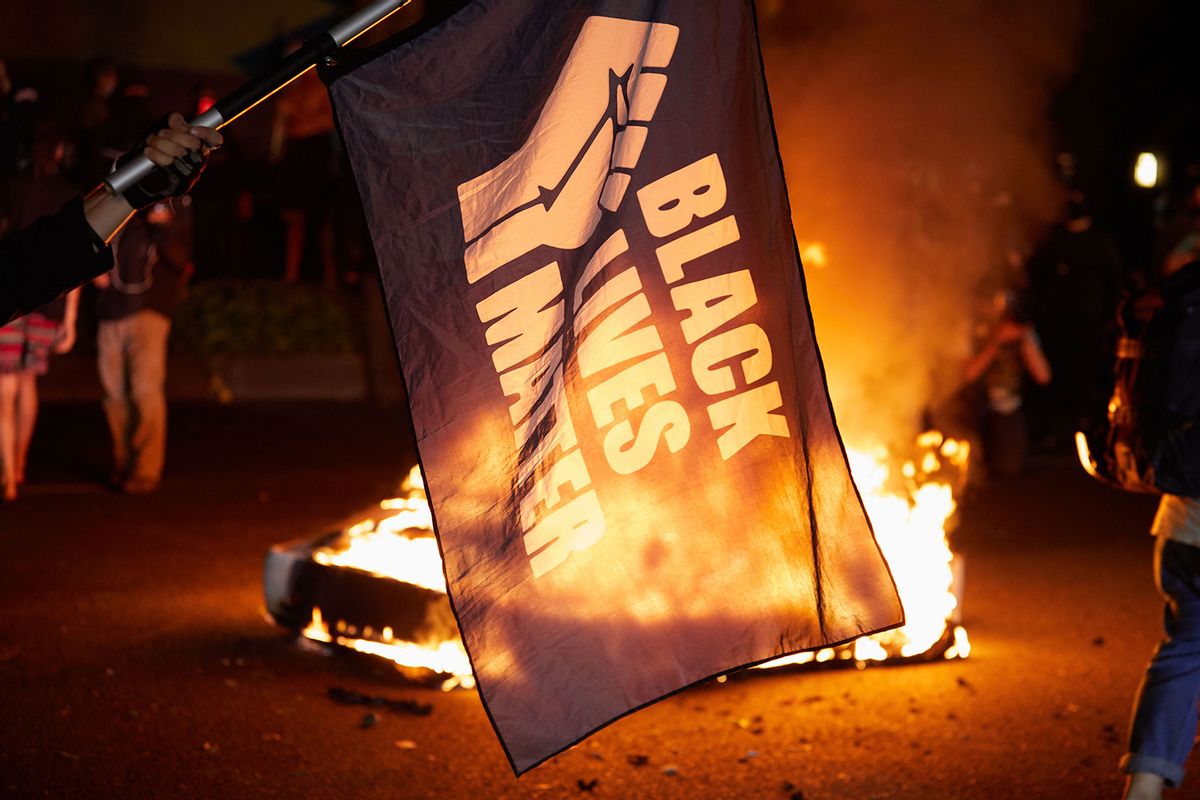 Republican attempts to gain political support by promoting racist fear and hatred, reflexively siding with police in confrontations with African Americans and denouncing Black Lives Matter demonstrations are a prominent feature of our political landscape. But they’re also nothing new. In many ways, the battle lines of 2022 can be seen forming in 1964. A letter published 58 years ago this week in the New York Times can help explain the underlying issues, both then and now.

As President Lyndon B. Johnson signed the Civil Rights Act of 1964 into law on July 2, 1964, he called upon Americans to “close the springs of racial poison.” Two weeks later, on the same night that Sen. Barry Goldwater accepted the Republican presidential nomination with an explicit endorsement of extremism, a 15-year-old African American was shot and killed in Harlem by a New York City police officer. The incident began after the white superintendent of a group of apartments turned a hose on a group of Black kids who often sat on the steps to the buildings. According to them, the superintendent shouted at them, “Dirty n***ers, I’ll wash you clean.” They responded by throwing bottles and garbage-can lids at the super, who retreated inside one of the buildings. A boy not involved in the original incident, James Powell, pursued him, and when Powell exited the building he was shot and killed by an off-duty policeman.

That led to an almost immediate confrontation between neighborhood young people and police. Over the following days, these clashes escalated into the first major urban “riot,” or “uprising,” of the 1960s. (Those two nouns were used by different sides to describe the same phenomena, the former by most white people, the latter by Black people and, as the decade went on, a growing number of whites on the left.)

By the night of July 18, thousands of Black people were in the streets of Harlem, breaking windows, looting stores and shouting at police, “Killers! Killers!” When a police officer tried to disperse one of the crowds by yelling, “Go home, go home,” people in the crowd responded, “We are home, baby.”

Over the next few weeks, northern urban uprisings spread to the Bedford-Stuyvesant neighborhood in Brooklyn (then largely Black and low-income, today a zone of intense gentrification) to Rochester, New York; to Jersey City, Paterson and Elizabeth in New Jersey; and then to Chicago. At the end of August, immediately following the Democratic convention in Atlantic City, serious disorder erupted less than 60 miles west, in Philadelphia. As in the other cases, the underlying cause was a series of charges of police brutality, and the fraught or openly hostile relationship between cops and the African-American community. White policemen beating and killing Black people with impunity was, to be sure, nothing new in 1964. Nor was it unprecedented for such incidents to spark rebellion in the Black community, including property destruction and sometimes violence.

But street-level resistance by Black residents became much more common in 1964 and throughout the ensuing years of the ’60s. As historian Elizabeth Hinton demonstrates in her 2021 book, “America on Fire: The Untold History of Police Violence and Black Rebellion Since the 1960s,” the vicious policing that remains a principal battle line today has been the cause of many outbursts of rebellion by African Americans. White police officers are almost never convicted of murdering a Black person, more than a half-century later. The 2021 murder conviction of the Minneapolis cop who killed George Floyd provides hope for change on this front, but the police killings of Black people have continued, during and after that trial.

The 1964 hopes of Republicans and fears of Democrats about the political effects of racial conflict are also strikingly familiar. President Johnson feared the riots could help Goldwater win the November election. “If we aren’t careful, we’re gonna be presiding over a country that’s so badly split up that they’ll vote for anybody who isn’t us,” White House press secretary George Reedy said to Johnson after the Harlem riot had been going on for a couple of days.

Much as Democrats do today, Johnson felt the need to condemn the riots while simultaneously emphasizing the centrality of the pursuit of racial equality and justice. On July 20, he issued a statement on the situation in Harlem in which he declared: “In the preservation of law and order there can be no compromise — just as there can be no compromise in securing equal and exact justice for all Americans.”

The hopes of Republicans and fears of Democrats from 1964 are strikingly familiar. Lyndon Johnson feared the urban riots could elect Goldwater, and felt the need to condemn them — while calling for racial justice.

The prospect that white “backlash” might turn the nation against Johnson and to Goldwater did not materialize in 1964 and Johnson was elected in one of the biggest landslides of American political history. It was to be the much larger uprising in the Watts district of Los Angeles in August 1965 — which began five days after Johnson signed the Voting Rights Act into law — that would wind up producing the sort of dramatic political backlash that Johnson had feared in 1964.

The causes of the 1964 rioting were brilliantly explained by a Black woman in Brooklyn named Barbara Benson, who wrote a letter to the editor of the New York Times after the outbreak. Benson wrote that she wept “at the damage done to this city and the world by the Harlem riots” and was especially concerned that “this rioting may have made a Goldwater victory more likely.” But she felt the need to try to explain what leads to rioting. Her words sound all too contemporary more than a half century later:

All minorities recognizable by the color of their skin have experienced the irrational quality of the police force evident in the slaying of the 15-year-old boy. Many of us have been stopped by police and, yes, many frisked for no other reason than that a Negro in a certain neighborhood “seems suspicious.”

If there is no “irrational” fear of the black man operating within many on the police force, why is it that intelligent, college‐educated Negroes like myself simultaneously fear any possible involvement with the police, even for our own protection?

Let no one be deceived. Many Harlem police are sadistic in their administration of the law, insatiable in their beatings, unable to discern men from children, and irrational in their fear of the black man, as well as incapable of telling one black man from another.

There was really no need for the various commissions set up from 1964 through the end of the decade — most notably the National Advisory Committee on Civil Disorders, popularly called the “Kerner Commission,” set up by Johnson in 1967 — to earnestly search for the underlying causes of urban uprisings. Benson’s letter, then as now, pretty much said it all.

about policing and violence

Ruben Randall - August 17, 2022 0
Celebrity
LONDON, UNITED KINGDOM: Usually, parents are happy when their children receive gifts on their birthday from loved ones but not in the case...

Violinist Charlie Siem On Falling In Love With Italian Style