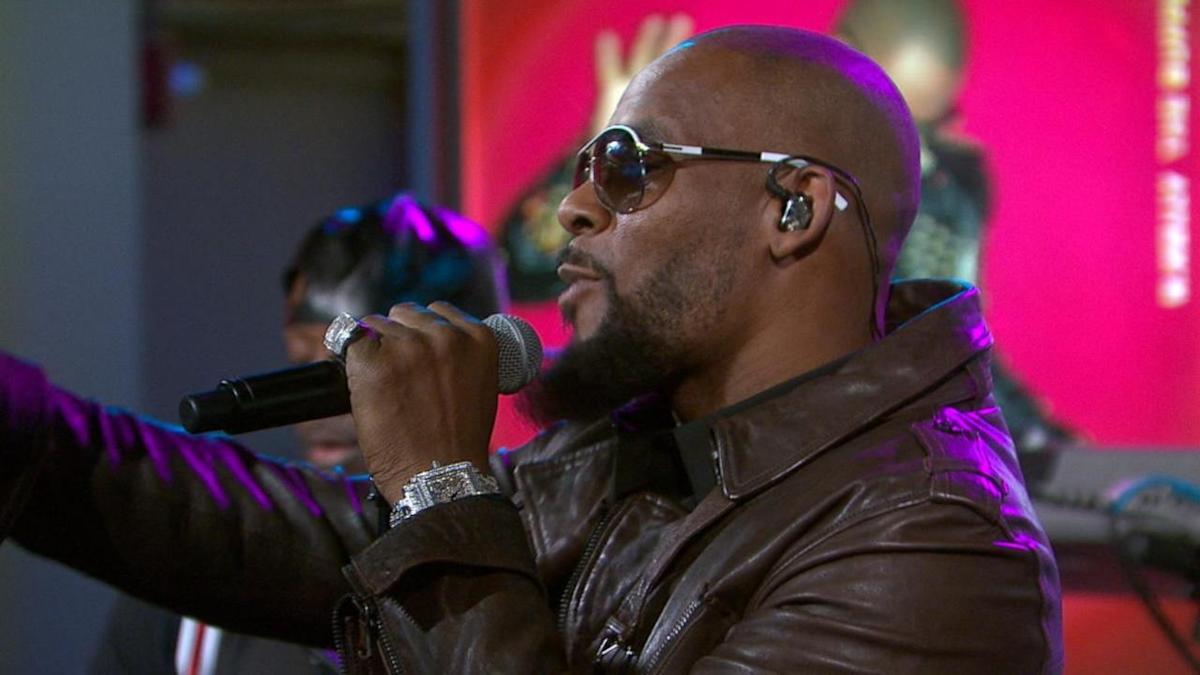 R. Kelly has been sentenced to 30-years behind bars. His fortune has shrunk from in the hundreds of millions to now a whopping -$2 million.

By Rick Gonzales
| Published 5 days ago

The horrific saga that has surrounded R&B singer/songwriter R. Kelly has finally come to a conclusion. The one-time mega-star was sentenced to 30 years behind bars following last September’s conviction on federal racketeering and sex trafficking charges where the singer used his fame and fortune to sexually abuse underage girls and boys.

At the height of his singing career, R. Kelly had amassed a net worth in the hundreds of millions, but now, from all the legal issues he has faced, that net worth has shrunk considerably.

R. KELLY’S NET WORTH WAS UP TO $100 MILLION DOLLARS

The operative term for R. Kelly’s net worth here is “was”. It had been reported that the singer was worth up to $100 million at the height of his career. But the never-ending lawsuits, settlements, and payoffs had finally begun to take their toll on R. Kelly’s net worth. By 2011, Kelly’s financial troubles began to show. JPMorgan Chase filed a $2.9 million foreclosure against R. Kelly’s Chicago mansion.

By 2012, it was said that Kelly had $4.8 million in back taxes debt he owed to the IRS. The mansion that Chase filed the foreclosure on was at one time worth over $5 million. It was sold for $950,000 at the foreclosure auction.

By the time 2018 rolled around, R. Kelly found himself evicted from two homes near Atlanta because he owed more than $31,000 in unpaid rent. Not only was he losing vast amounts of money, but most of his revenue stream was also being cut as well.

Spotify removed all of his music from its service leaning on its policy of hate content. Not long after that, Pandora and even Apple stopped promoting his vast catalog. R. Kelly’s net worth was in a free fall.

More women and men were stepping up, accusing R. Kelly of sexual misconduct (which we will get to shortly). Then came the coup de grâce – Surviving R. Kelly. It was a documentary on the Lifetime channel (that can now be seen on Netflix) that was shown over three nights and went into horrific detail about the allegations against R. Kelly throughout his career.

Not only did the documentary include the many women who accused R. Kelly of sexual battery, but it also included some of the musicians who had collaborated with Kelly on past projects.

The case(s) against R. Kelly had been building for some time. In 2019, attorney Michael Avenatti handed over another videotape showing Kelly engaged in sex with underage girls. Avenatti claims this tape is different from the first one. Shortly thereafter, R. Kelly was arrested on 10 counts of aggravated sexual abuse.

Although he claimed his innocence (how?), he was charged with 11 more counts of sexual battery and abuse. The charges began to mount. Child pornography, enticement of a minor, obstruction of justice, racketeering, kidnapping, forced labor, sexual exploitation of a child, prostitution, and solicitation, and bribery.

The trial against R. Kelly began in earnest on August 18, 2021. By September 27, 2021, the jury found him guilty of violating the Mann Act and sex trafficking. In October 2021, Kelly was ordered to stand trial in Chicago for his obstruction of justice and child pornography charges. He won’t see that courtroom until October 2022, but in the meantime, R. Kelly was found guilty of his crimes and sentenced to 30 years behind bars.

The man who once was at the top of the R&B world, whose net worth topped $100 million, now sits in prison with a net worth that has rightfully crumbled. Today, R. Kelly has a net worth in the negative, as it has been reported that his net worth now sits at -$2 million (that’s negative two million dollars). And they say justice doesn’t prevail.

How did we get here with R. Kelly and what happened with the singer to have him end up going to prison with a negative net worth?

I BELIEVE I CAN FLY

There is no denying the talent of Robert “R.” Kelly. The man could write a song and he definitely could sing. Throughout his singing career, R. Kelly amassed 35 Top 10 hit singles. Of those 35, 11 of them went to #1 on the R&B/Hip-Hop charts. In the decade of the ‘90s, R. Kelly had more Top 40 hits than any other male solo artist. It brought him wealth, at the time, that was jaw-dropping.

R. Kelly got his first big break in 1990 when he landed a nice contract with Jive Records. The following year, R. Kelly released his first album Born into the 90’s. The album was an immediate success and produced two top R&B singles, Slow Dance (Hey Mr. DJ) and Honey Love. But early on with his first album, Kelly made his reputation with his sexually charged lyrics.

1993 saw R. Kelly continue to be a chartbuster. He released the album 12 Play and with it his first #1 single on the pop charts with his song Bump N’ Grind. With his first two albums, Kelly was given the moniker, “Prince of Pillowtalk”, which carried over to his third album release, R. Kelly.

“Prince of Pillowtalk” led to “King of R&B” when 1996 rolled around. Michael Jordan’s movie, Space Jam, came out that year and R. Kelly contributed to the soundtrack with I Believe I Can Fly, the soulful song that immediately shot to #1 and eventually became R. Kelly’s biggest hit of all time. The song won 3 Grammy Awards.

R. KELLY’S NET WORTH – THEN

R. Kelly’s effect on the Top Billboard charts was evident. It brought him a fortune that not many had seen at the time as at the height of his earning power, Kelly had surpassed the $100 million mark on his net worth. Not only was his net worth climbing, but his reputation as a songwriter was also gaining traction.

R. Kelly worked with mega-artists like Gladys Knight and Whitney Houston. With Michael Jackson, Kelly penned the 1995 #1 single You Are Not Alone. Kelly then had a 1998 duet with singer Celine Dion entitled “I’m Your Angel”. That single sold over 7 million copies.

Kelly also hit the charts with Sean “Puffy” Combs with the single, Satisfy You, and a couple of years later he and Jay-Z took their duet, Fiesta, into the Top 10. But it was Kelly’s relationship, first a working one, with singer Aaliyah that began to shine a negative light on the man, not the singer/songwriter, R. Kelly.

R. KELLY IS ACCUSED OF BEING IN A RELATIONSHIP WITH A 15-YEAR-OLD

R. Kelly first met singer Aaliyah (who tragically died in a plane crash in 2001) when she was 12 years old. It wasn’t long after that Kelly began to take Aaliyah out on tour with him so she could get used to life on the road. During R. Kelly’s trial, a former backup singer testified against Kelly and told a horrifying story of an incident between Kelly and the very young Aaliyah.

The woman, identified only as Angela, claims she was out on tour with Kelly when she went to his tour bus. When she opened the door, she walked in on Kelly kneeling in front of Aaliyah, who was seated in a chair. It appeared to Angela that Kelly was performing a sex act on the young girl. At the time of this incident, Aaliyah would have been either 13 or 14 years old.

Angela, who first met R. Kelly in 1991, also testified that she, along with many of the other women performers touring with R. Kelly, was pressured into having sex with him. She said she was underage and in high school when she first started having sex with Kelly. Not only did Angela come forward with horrifying stories, but two males as well. One said that Kelly began to groom him for sex when he was only 16 and they began to have sex when the man turned 20.

R. Kelly’s relationship with Aaliyah took a drastic turn when she turned 15. It was a pregnancy scare and one that has never been confirmed. It was, though, enough to scare Kelly to the point that he felt he needed to marry the girl on the chance she was. Demetrius Smith was R. Kelly’s tour manager from 1984 through 1996 and he testified at the singer’s trial that he was led to believe that Kelly got Aaliyah pregnant when she was a minor.

Smith recalled that he had a conversation with Kelly before a concert and was told to book a flight for them right after the concert. During the car ride to the airport after the show, Kelly confessed that “Aaliyah, man, she think’s she’s pregnant.” Kelly’s solution was for them to get married. He said he needed to protect himself from going to jail.

So, Smith got two IDs for Aaliyah. The first one he was able to get from a clerk at the Illinois Department of Human Services. He bribed the clerk with $500 to make it happen. The second fake ID card Smith got from a mail courier company.

Smith says on August 30, 1994, Kelly, Aaliyah, and Smith went to city hall to apply for a marriage license. When the brief ceremony was performed, R. Kelly was 27 years old. Aaliyah was only 15.

THE CASES AGAINST R. KELLY INCLUDE SEXUAL BATTERY AND CHILD PORNOGRAPHY

As early as 1997, accusations against R. Kelly began to surface. Tiffany Hawkins filed the first complaint against Kelly, alleging sexual harassment and intentional sexual battery while she was a minor.

Almost a year later, the lawsuit was settled for $250,000. In 2001, Tracy Sampson filed a lawsuit against Kelly claiming the sex they had was illegal under Illinois law because Kelly was in “a position of authority” over Sampson. This case, too, was settled out of court but no amount was reported.

Not even a year later, the Chicago Sun-Times received a videotape that showed R. Kelly having sex with a minor. In the damning article, it was reported that Chicago police had already begun an investigation into allegations that Kelly was having relations with the same girl three years earlier.

Not long after that, Kelly was arrested for child pornography based on the sex tape. After his not guilty plea, Kelly is released on $750,000 bail. R. Kelly’s vast net worth was beginning to dwindle in the face of horrible and unconscionable behavior.

Barely six months later, Kelly found himself arrested while staying at a hotel in Florida. It was once again for child pornography after investigators claimed to have found pictures of Kelly having sex with a girl. The charges against Kelly were eventually dropped after a judge rules that investigators did not obtain a search warrant to get into Kelly’s residence.

R. KELLY MAY HAVE SECRET MONEY THAT WASN’T REPORTED

Although the reports claim that R. Kelly is completely broke and owes, this may not be entirely true. According to Assistant US Attorney Elizabeth Geddes, R. Kelly secretly funneled money through a childhood friend and actually has access to millions.

Geddes claims that Kelly was receiving revenue from two sources. The first was from the master recordings owned by Sony. But they were holding royalties said to be worth between $3.5 and $4.5 million.

The second revenue stream came from the rights to his music, composition, and lyrics. He held those until the month before his trial began and is said to have sold his music rights for $5 million.

If true, this would definitely change R. Kelly’s net worth. As law enforcement continues to look for that money, Kelly will sit in federal prison waiting for his October court date.

MLB Power Rankings: The Padres reach a season high and the Phillies are flying