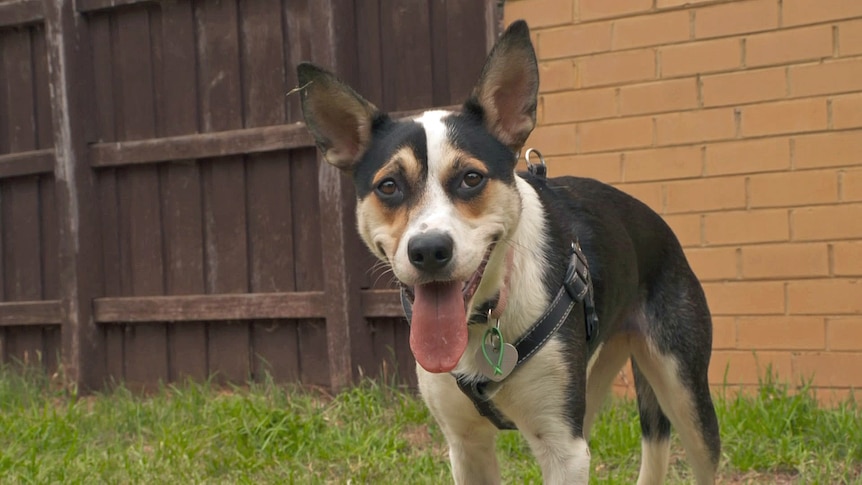 A puppy broker banned from operating a domestic animal business has allegedly been selling hundreds of thousands of dollars’ worth of dogs under the nose of Victoria’s enforcement agencies.

Flora Mala has been banned by a magistrate’s court from selling animals for three years, but is operating from two properties in regional Victoria.

The animal activist group, Oscar’s Law, has been tracking the activities of Ms Mala and her suspected puppy brokering syndicate and found dozens of allegedly illegal ads online for multiple breeds of puppies for the advertised price of up to $6,500 a pop.

One of the members of Ms Mala’s syndicate was previously fined $15,000 for selling a dog so emaciated and severely infested with worms that it almost died.

Late last year the syndicate advertised $150,000 worth of dogs over a period of two months on Gumtree and Trading Post. Dachshund puppies were on sale for $3,500.(Supplied)

Some of the dogs have been advertised with fake source numbers, which is a compulsory identifier for anyone selling companion animals in Victoria.

She denied selling dogs over the past year.

Oscar’s Law founder Debra Tranter has been reporting the advertisements to the local council, Animal Welfare Victoria and the Minister for Agriculture since October last year.

Ms Mala’s activities were also reported to the RSPCA in Victoria in January by a member of the public.

But Ms Tranter said the multiple reports and evidence she and others submitted did not result with action by enforcement agencies. 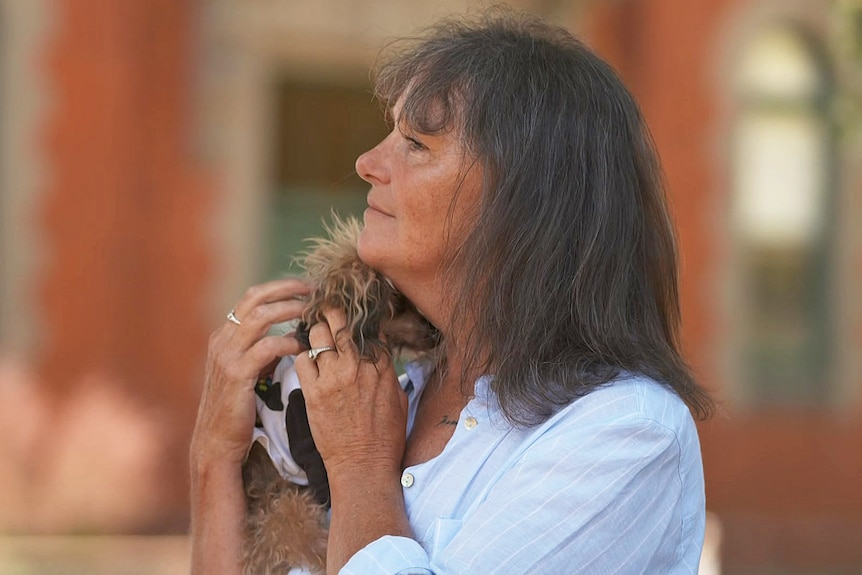 “Their failure to act has allowed this business to stay in business and sell puppies to the public,” Ms Tranter said.

See also  What Is Vanessa Hudgens' Net Worth (And How Much Did She Earn From High School Musical)?

All of the ads linked to Ms Mala and her alleged syndicate have been removed as of March 7, only a short time after 7.30 contacted Victoria’s Department of Agriculture for a response.

The RSPCA and Animal Welfare Victoria told 7.30 they were supporting an ongoing multi-agency investigation into animal breeding, rearing, and selling activities.

Victoria’s Minister for Agriculture, Mary-Anne Thomas, said in a statement that it is her clear expectation that advertising platforms take down any non-compliant pet advertisements. He said he was going through some health issues himself last year when he first started looking for a pet.

“I’ve been looking for a rescue animal for adoption and they’re unavailable,” he said.

“So I ended up going to Gumtree and Trading Post and then ultimately came across Trixie.”

Mr Beavis collected the border collie in the ad from Ms Mala’s home address and paid $800 to a syndicate member.

However, he says that his new dog, Trixie, started exhibiting health problems within an hour of bringing her home.

“She was pooping blood, which I became quite alarmed with,” Mr Beavis said.

Trixie was diagnosed with a series of medical problems, including gastritis, canine coronavirus and giardia.

But when Mr Beavis contacted the seller, she went silent.

Mr Beavis later discovered Trixie’s vaccination certificate wasn’t complete and her source number was fake. It meant the true identity of the seller couldn’t be traced. Michael Beavis says he got no response when he tried to contact the seller of his dog about Trixie’s health problems.(ABC News)

He complained to the RSPCA about the seller and provided a statement, however, the RSPCA closed its investigation into the case without an outcome, saying that the seller could not be identified.

Frustrated with the result, Mr Beavis got in touch with Ms Tranter from Oscar’s Law, who was able to confirm that Trixie was sold by Flora Mala’s suspected syndicate.

A few months later, Oscar’s Law members posed as buyers and purchased a puppy directly from Ms Mala while secretly recording their interaction.

Space to play or pause, M to mute, left and right arrows to seek, up and down arrows for volume. The video recording shows Ms Mala accepting an envelope with cash in return for a French bulldog puppy.

This video was also shared with several enforcement and government agencies.

It is believed that an increase in puppy broker operations is a result of the heightened focus on puppy farming in Victoria.

The state has recently introduced a number of restrictions to the breeding of companion animals, including a cap of 10 dogs per breeding facility.

In New South Wales there are no such limits, and that has meant that a growing number of breeders in Victoria have relocated across the border.

Her proposed bill has sparked a parliamentary inquiry into animal welfare laws. 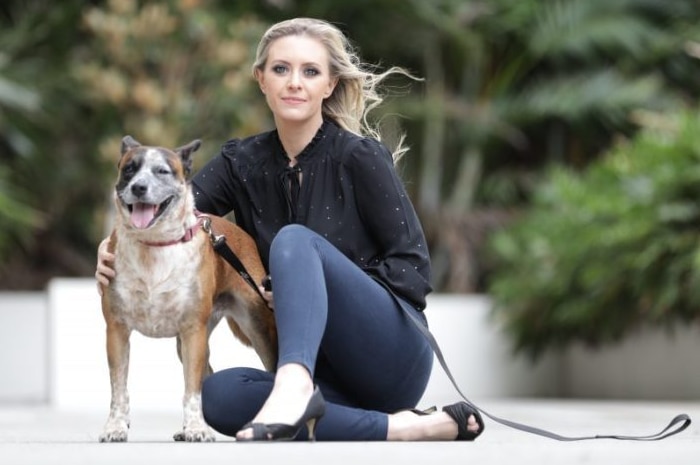 “In NSW it’s perfectly legal for somebody to set up an intensive factory farm of dogs with, say, 600 female dogs and force them to pump out litter after litter for their entire lives,” she said.

In the NSW border town of Moama, Murray River Council Mayor Chris Bilkey told 7.30 the area had seen a 500 per cent increase in intensive dog breeding applications over the past year.

Mr Bilkey said he had no doubt the increase was a result of Victoria’s new puppy farm laws. Councillor Chris Bilkey says his area has seen a 500 per cent increase in intensive dog breeding applications over the past year.(Supplied)

“It made it attractive to puppy farmers, who were in Victoria, who were no longer willing or able to comply with those new regulations to move their operation across the border into NSW,” Mr Bilkey said.

Mr Bilkey said he was concerned with one particular development application for a breeding facility housing 320 dogs at Moama in April last year.

The facility is owned by a man who relocated to Moama from Victoria after he pleaded guilty to two animal cruelty charges and was banned from running a domestic animals business in that state for 10 years.

The council approved the breeding facility, but Mr Bilkey said he had no choice.

“We were told by our lawyers that this [refusal] was a road to the Land and Environment Court and that we would certainly lose,” he said.

“It was one of the awfulest decisions I’ve been involved in and the lingering taste in our mouths was dreadful.”

Mr Bilkey is one of 65 local councillors who signed a letter to the NSW Premier last year urging him to take urgent action on the issue of large-scale dog-breeding facilities in the state.

Watch this story on 7.30 tonight on ABC TV and ABC iview