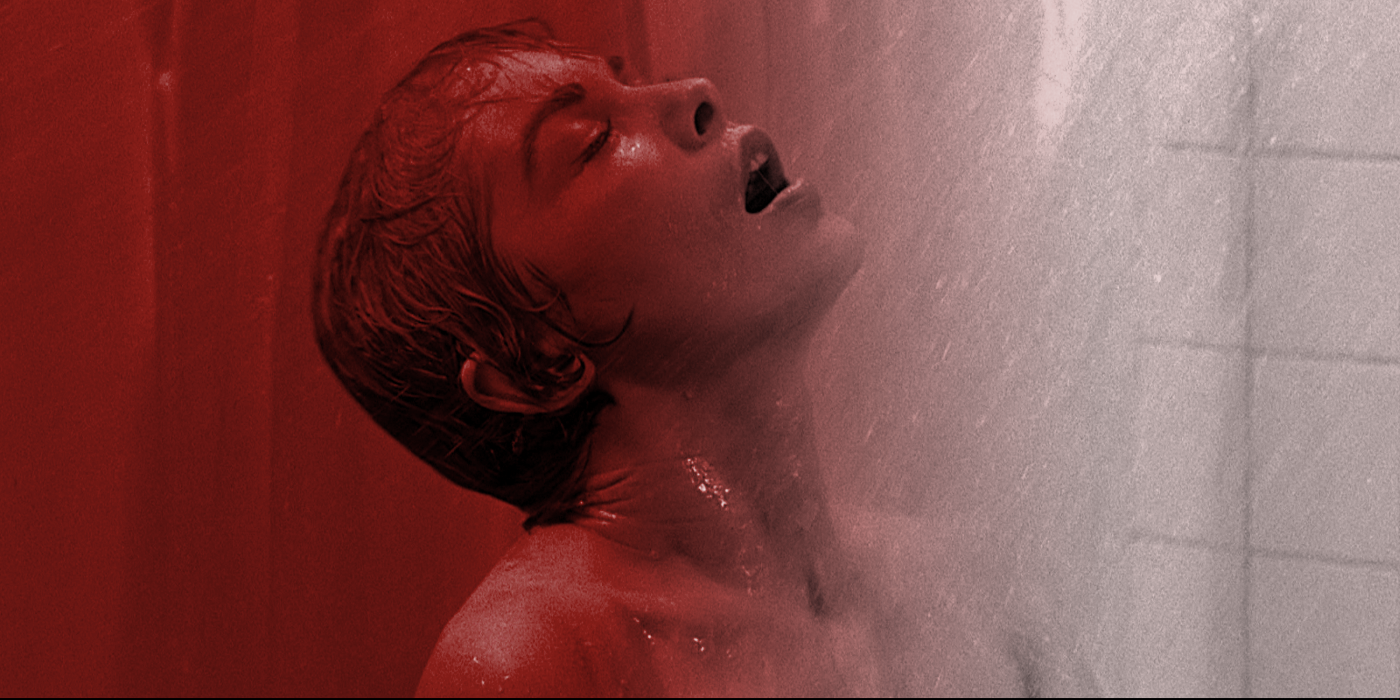 The iconic shower scene in Alfred Hitchcock’s Psycho was the product of intensive and creative filmmaking techniques. The contributions of the Master of Suspense to filmmaking can’t be overstated, with the arrangement for Psycho’s shower scene being just one of many instances in which the director broke cinematic conventions and changed the landscape forever. Due to Hitchock’s history-making suspense methodology, movie magic with Janet Leigh’s body double, and innovative fake blood, Psycho’s shower scene still stands today as one of the most influential murder scenes in the horror genre.

Despite releasing in 1960 at a time when color was becoming a far more popular medium, Hitchcock decided to shoot Pyscho in black and white, which no doubt contributed to the timelessness of Marion’s murder scene. Psycho’s infamous shower scene occurs approximately halfway through the movie as the runaway Marion Crane (Leigh) stays the night at a remote motel operated by the unsettling Norman Bates (Anthony Perkins). After Norman and Marion spend time together drinking tea, she heads back into her room for the night, only for a silhouetted figure (later confirmed to be Norman) to stab her to death while she’s in the shower.

While it only lasts three minutes, Psycho’s shower scene is now one of the most recognizable moments in cinema history. The style and set-up of the scene in Alfred Hitchcock’s movie are the most notable aspects of the moment, but there was far more that went into its success. Alongside being the first movie scene in history to depict a toilet flushing, the intensive moment required a body double for Janet Leigh during the brief nude shots of the murder as well as Hitchcock having to find the perfect substance for her fake blood that runs down the drain. Without all of these filmmaking aspects coming together for the shot, Psycho’s shower scene wouldn’t be the perfect groundbreaking piece of cinema that it’s known as today.

Hitchcock explained on The Dick Cavett Show how he went about making the terrifying Psycho shower scene, which left many afraid to take a shower alone for years thereafter. Surprisingly, the knife never once touches the body during Marion’s Psycho death scene, as Hitchcock simply shot it with fast cuts to imply repeated stabbings. Hitchcock explained that the studio had actually made him a fake torso of pink rubber that was tubed with blood, so if he had actually shot Psycho’s scene to stab the body, blood would have spurted out. However, Hitchcock never used this, and decided instead to enhance the horror through rapid cuts between the stabbing motion of the knife and Marion Crane’s terrified face, using a casaba melon for the sound of the stabs.

Even without directly stabbing the body, Hitchcock brilliantly simulated one of the most horrifying murders in cinema history. Psycho’s shower scene was made up of 78 different pieces of film with 52 rapid cuts in only 45 seconds, with the over-stimulation adding another layer to the suspense. Hitchcock directed Psycho’s shower scene to ensure the shots were considerably close to the camera so as to involve the audience more intimately within the moment.

The methodology for filming Psycho’s shower scene also broke notable cinematic conventions of the time, as it went against much of what was condemned by the Hays Code. Nudity, on-screen murders, and even the bathroom were extremely taboo at the time Psycho premiered, with the infamous shower scene including all of these. According to Hitchcock, the quick cuts of Marion’s nude body never actually showed her breasts, but the scene had to go through tough censorship tests to truly decide whether the nudity was explicit or implied. No parties objected, so Hitcock left all of the shots in, even though there was a visible out-of-focus breast at the very end of the scene. Hitchcock’s famous movie scene was able to break conventions by getting it past censors with murder, nudity, and the bathroom all visible.

While Janet Leigh’s face is always associated with Psycho’s shower scene, most of what audiences see is actually her body double, Marli Renfro. The Vegas showgirl and early Playboy Bunny revealed that while Leigh wore a flesh-colored one-piece cover-up for filming, with it being the back of Renfro’s head, her feet, arms, and torso seen on screen (via USA Today). Whenever Psycho’s shower scene shows almost anything of Marion but Janet Leigh’s face, including when Norman wraps her body in plastic, it’s actually Marli Renfro.

What Was Used For Blood In Psycho’s Shower Scene

Although Hitchcock easily could have utilized the typical recipe for fake red blood, he found that it didn’t suit Psycho’s black and white medium. Instead, Hitchcock used watered-down Hershey’s chocolate syrup for the blood in Psycho’s shower scene. Compared to the red fake blood, the color of chocolate syrup color was far darker on black and white film, which was necessary for the chilling moment in which the blood swirls down the shower drain. Janet Leigh’s Psycho body double explained that the “blood” when Marion was being stabbed was accomplished by two men on the crew tossing chocolate syrup on her.


Jordan Williams is a Movie/TV Feature Senior Staff Writer for Screen Rant. She graduated from the University of Oregon in 2020 with a B.A. in Psychology and a minor in Media Studies.

Ruben Randall - May 18, 2022 0
Actor
ARNOLD Schwarzenegger’s shirtless son Patrick is a chip of his old man’s block as he flaunts six-pack abs and rippling muscles. Bystanders must have...