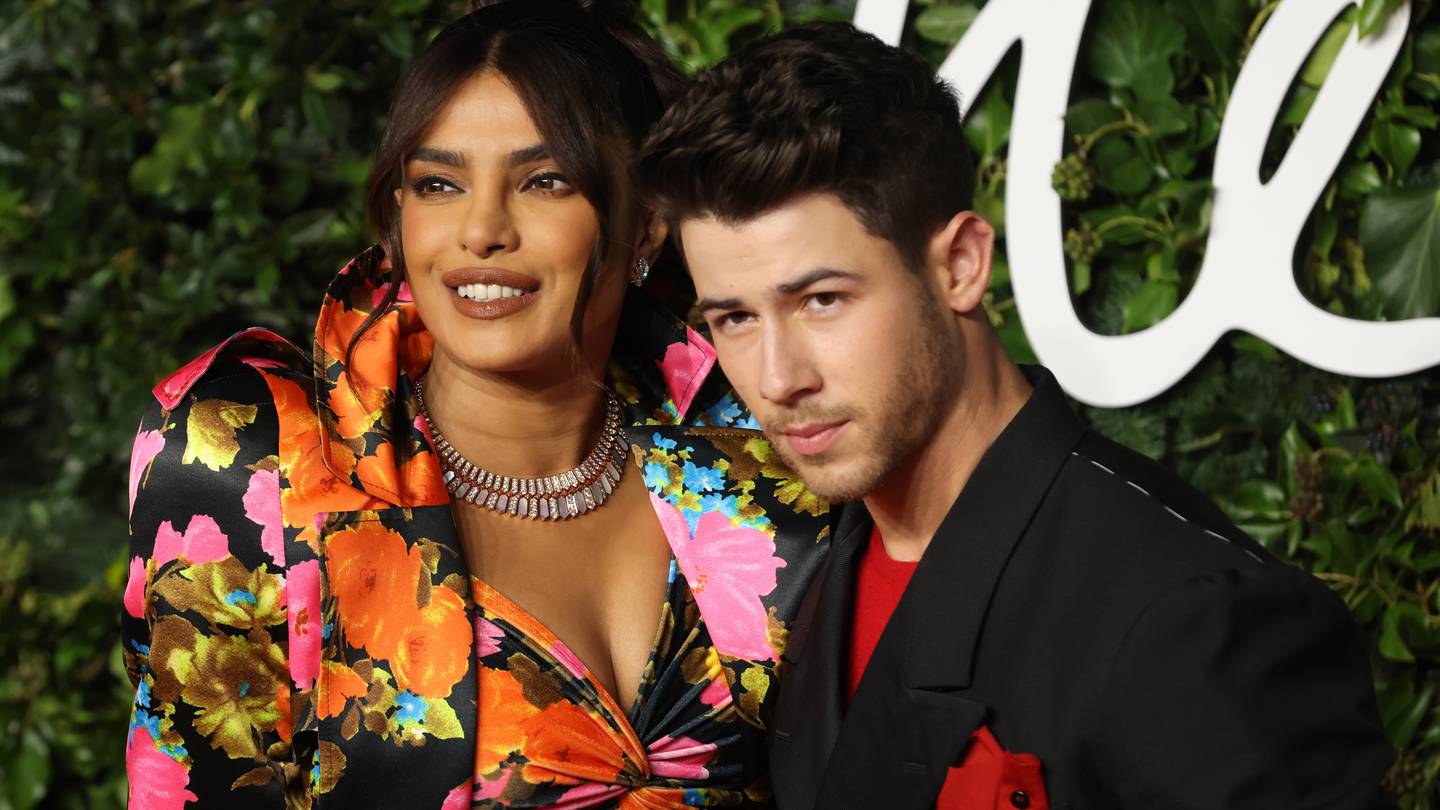 She made the investment with her husband, musician and entrepreneur Nick Jonas, in a move that will support the French ski and surfwear brand as it expands its global footprint into new markets in the Middle East and Asia, as well as strengthen its presence in the UK and US.

“Not having to choose between looking amazing and performing at their highest level is a consumer need that Perfect Moment not only understands, but one that is baked into the ethos of this brand,” Chopra said.

“I am proud to be a strategic investor and adviser to such a bold and trendsetting company. We are looking forward to a bright future.”

Gigi Hadid and Zayn Malik in New York in 2021, not long after their daughter, Khai, was born. Hadid paid tribute to her ex on Father’s Day, despite a family dispute. Getty Images

“Not only do they live and breathe the brand, but their proven track record of successful business endeavours makes them ideal partners,” she said.

The value of the couple’s investment was not made public.

Since their wedding in 2018, the Jonases have made a number of joint investments, primarily in private equity and property.

In February, the couple joined Camila Cabello, Joe Jonas, Kevin Jonas, Mindy Kaling and several other investors in a $30 million series B funding round for alternative beverage brand Olipop.

Last year, they participated in a $35m bridge funding round for HumanCo, a producer of healthy, gluten-free, dairy-free and organic foods.

The Jonases also own a $20m, seven-bedroom home in Encino, California.

Their joint net worth has been estimated at $98m by GQ India magazine.

Besides a career as one of the highest-paid actors in India, Chopra, 39, has endorsed several household name brands, including Max Factor, Pantene and Pepsi.

See also  Is Cam Newton married and how many kids does he have?

She produces movies in both Hollywood and Bollywood, and owns a restaurant, Sona, a line of vegan haircare products and a homeware collection.

Hollywood A-lister Demi Moore has repeatedly broken the mould for how women are expected to behave. Most notable was her iconic 1991 cover for Vanity Fair magazine.

Last year, she joined her daughters in a family campaign for inclusive swimwear brand Andie. Now, she’s extending that collaboration as a swimwear designer.

Demi Moore x Andie, a 10-piece collection of vintage-inspired swimsuits, went on sale in the brand’s online and offline stores earlier this month and ranges from $75 to $155 in price.

The mother of three was an early investor in the swimsuit brand after contributing seed funding to the start-up in 2018, according to investor information platform Crunchbase.

“Working directly with the Andie team to create meaningful swim pieces influenced by my penchant for vintage fashion, while keeping in mind women at every stage of their lives, was an inspiring and fulfilling experience,” she said.

Moore, 59, took part in every step of the design process, from sketches to fabric selection and finalising the end product, said Michelle Copelman, vice president of brand and design at Andie.

“We are so excited to partner with such an influential fashion icon on this very special collection and can’t wait to share it with women everywhere,” she said.

In December, Andie raised $18.5m in a series B funding round led by Marcy Venture Partners. The company says it has sold more than a million swimsuits since its launch five years ago.

Moore has a net worth of $200m, according to wealth tracking website Celebrity Net Worth.

The Golden Globe-nominated star was one of the highest-paid female actors in the 1990s. At the peak of her career, she is estimated to have earned about $60m in base salaries for movies such as Ghost with Patrick Swayze and A Few Good Men, starring Tom Cruise and Jack Nicholson.

Moore’s net worth has been boosted by divorce settlements from two of Hollywood’s richest men. She received a reported $90m after her 1998 divorce from Bruce Willis and a “generous settlement” from Ashton Kutcher in 2013, according to the New York Post.

She is also a film producer, most notably for all three Austin Powers movies. Her 2019 memoir, Inside Out, is a New York Times bestseller.

The brand focuses on clean skincare and tailors its products to male-specific skin issues. It hopes the association with Johnson will shift the mindset around self-care for men, Disco said.

In 2021, the brand closed a $5m seed round led by Midnight Venture Partners.

“Disco is a skincare brand that makes incredibly high quality and natural skincare products specifically for men. Their products have transformed my skin, confidence and mindset,” Johnson said in an Instagram post.

Their products have transformed my skin, confidence and mindset

The Illinois-born social media personality will channel that message to his 20 million fans across social media. As of last week, Johnson — a founding member of Sway House, a group of TikTok’s biggest stars — had 10.3 million followers on the platform.

The fund, Animal Capital, focuses on connecting start-ups with Generation Z consumers. Among its advisers are US internet entrepreneur Justin Kan and former Olympic rowers and investors Tyler and Cameron Winklevoss.

Johnson has a net worth of $2m, according to Celebrity Net Worth.

He has joined at least 13 other seed and venture rounds so far, according to Crunchbase. Among them are soft drink brand Poppi, learning support services company Parallel Learning, and additive manufacturer AON3D.

Kim Kardashian and Pete Davidson. The comedian and actor has signed a four-year deal with men’s grooming brand Manscaped. AP

Comedian and actor Pete Davidson, who is dating Kim Kardashian, is the “new face, among other parts” of men’s grooming brand Manscaped. Under the four-year deal, Davidson will join the San Diego, California, company as a brand partner and shareholder.

A promotional video was released on July 11 to mark the partnership. Within three days, YouTube viewership was hovering just above the 1 million mark.

Davidson, 28, was named one of Time magazine’s most influential people of 2022 earlier this year.

He has a net worth of $8m, according to Celebrity Net Worth. As a main cast member of Saturday Night Live, he earned $15,000 an episode until his departure in May. He has been involved in several movies, including The Angry Birds Movie 2, Marmaduke and The Dirt.

Davidson is one of several celebrity investors in Manhattan’s Pebble Bar, a converted 19th-century town house. Other investors include music producer Mark Ronson and actors Justin Theroux and Jason Sudeikis, according to media reports.

Everything You’ve Ever Wanted to Know About the Ultimate Christmas Movie, ‘It’s a Wonderful...

Ruben Randall - June 21, 2022 0
Actor
Arnold Schwarzenegger has earned quite a reputation in multiple careers. But people still remember him for his bodybuilding prowess. Although the former Mr....

Here’s What Melania, Don Jr., Ivanka, and Other Trumps Are Doing...