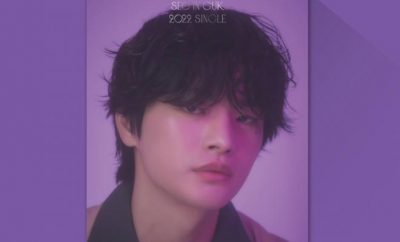 Scheduled to make his music return on June 14, pre-orders to LOVE&LOVE – a new track of Seo In Guk commences today!

Along with that, a cover image revealing the dashing artist amplified the excitement for his upcoming gift track.

Notably, this is his first single album in five years since the release of “Better Together” in March 2017. Seo is putting all his heart into the preparations such as directly participating in the overall production. An accompanying music video will also be shot by the talented artist.

A former winner of the first season of the Mnet audition program Superstar K in 2009, he released hit songs such as “Calling”, ‘With Laughter or With Tears”, “Mellow Spring”, and “I love you U”.

The physical album LOVE&LOVE is composed of 64 pages of photobooks, postcards, 4 cut photos, and photocards to increase the collectible value.

Prior to this, Seo drew attention by releasing the cover image of the album on the official SNS on the afternoon of June 1st. In the emotional purple background, he captured the perfect narrative with only his eyes, making the fans more excited.

Earlier, the image of Coming Soon containing various aspects of love was released, raising curiosity about what kind of love will be sung by him.

In addition, a trailer video showing his participation in the entire production process was released, and it is expected that his artistic side once again shines through in his latest music venture.

Notching a busy June schedule, singer-actor Seo In Guk is also poised for his drama comeback through Cafe Minamdang on June 27.

Meanwhile, LOVE&LOVE will be released on various online music sites at 6 pm on June 14.

Malika Haqq Net Worth 2022 – How Rich is the Reality TV Star?

Arnold Schwarzenegger’s Ex-Wife Maria Shriver Denied Appearing Next to Him During...