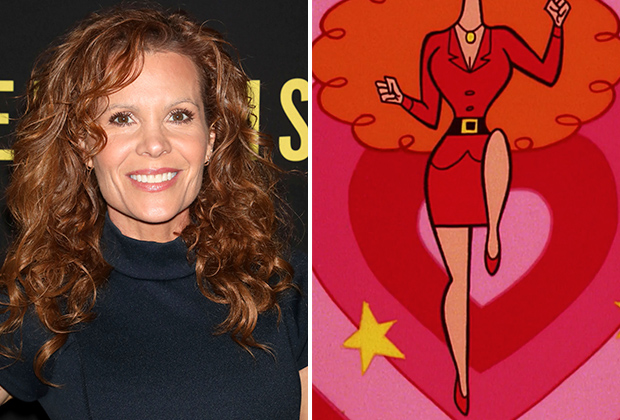 The CW’s Powerpuff is finally putting a face to a name.

Robyn Lively, iconic star of Teen Witch and half-sister of Gossip Girl‘s Blake Lively, will embody Sara Bellum in the network’s live-action pilot, our sister site Deadline reports. As fans of the original Powerpuff Girls cartoon will recall, Miss Bellum was the Mayor’s right-hand woman, though we never truly got to see her face.

Powerpuff‘s version of Miss Bellum is a “warm and witty career woman who has a complicated romantic history with [Professor Utonium]. Always a friend to the Powerpuff Girls, she has remained close to them since childhood.”

Additionally, Tom Kenny — who narrated the original animated series, as well as the 2016 reboot — will return as the narrator of this new iteration.

Written by Diablo Cody and Heather Regnier, Powerpuff jumps forward in time, presenting the former saviors of Townsville as “disillusioned twentysomethings who resent having lost their childhood to crime fighting. Will they agree to reunite now that the world needs them more than ever?”

Your thoughts on how the cast of Powerpuff is shaping up? Drop ’em in a comment below.

Donald Trump Jr Net Worth – How Much Is He Worth?