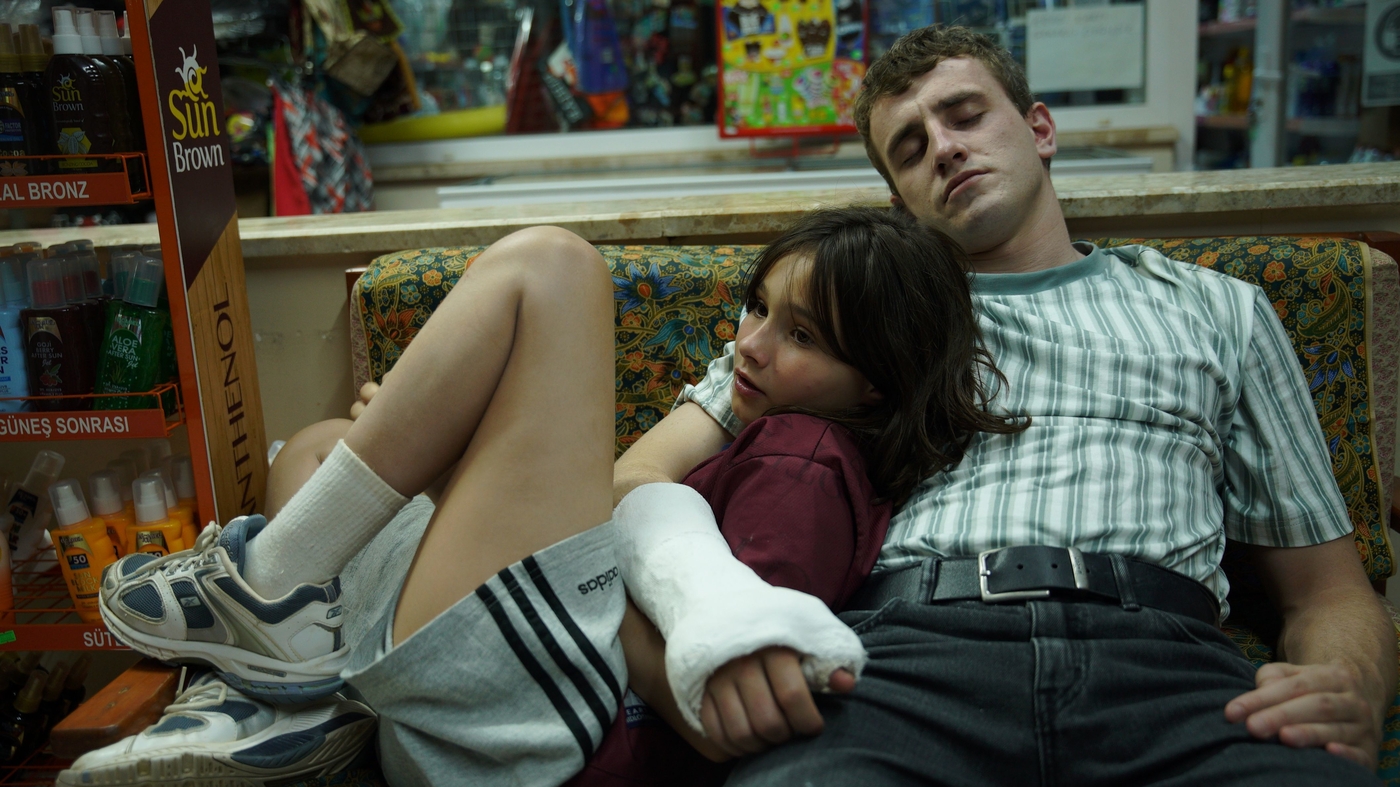 Frankie Corio as Sophie and Paul Mescal as Calum in Aftersun.

Frankie Corio as Sophie and Paul Mescal as Calum in Aftersun.

This week, we tracked a rare bird hybrid, watched the autumn leaves fall and learned how to host a successful theme party.

Here’s what the NPR’s Pop Culture Happy Hour crew was paying attention to — and what you should check out this weekend.


I’m a Star Wars stan. Andor is out right now and the fact that not everyone is watching it, is making me a little crazy. It is absolutely the thing Star Wars fans have pleaded for, for a very long time. The show fulfills the promises that I expected to be satisfied by the prequel movies. Which I only experienced with Rogue One, what I think is one of the best Star Wars movies of all time.

If Stellan Skarsgård doesn’t get an Emmy nomination for his performance, I will write it and personally burn Hollywood to the ground. I tweeted the other day that the show was able to make politics intriguing and engaging which George Lucas has aspired toward but never quite executed.

Watching people walk around the room plotting a rebellion, trying not to get caught, puts you on the edge of your seat. That kind of heart pounding action in a dialogue scene is challenging to write. It’s sensational. I’m making sure I tell people, please watch Andor, please make sure we get more shows like this. Please let people know that Diego Luna is running circles around this set, that he is amazing. I’m obsessed, everyone needs to be watching it. – Joelle Monique


There’s a movie I love called Aftersun that opened last week and did very well at the box office. It’s an indie movie from Scottish director Charlotte Wells, about a father and a daughter. Starring Paul Mescal. It’s a beautiful story set in the 90s. It’s unique in the way it tells the story of a memory.

People are really showing out for the film despite it being a smaller production. Last weekend screenings were sold out in L.A. and New York even though the publicity is mostly, critics’ reviews and people hyping it up on Twitter. It gives me a little hope that there’s still an audience out there for smaller films. It’s an A24 movie, which I think really helps now that there’s a whole generation of movie watchers that have built their identity around A24 which has its pros and cons. But in this case, I’ll take it as a win that they show out for this movie. – Carlos Aguilar


I have been in love with this movie for the past two decades, and it’s just the silliest, most ridiculous film that I’ve ever encountered. It’s just the gift that keeps on giving. I watch it every year around this time, and it always brings me so much joy. I even had a birthday cake based around this movie some years back. Watching the movies is a wonderful experience. If you haven’t seen it, please do. And of course the soundtrack is also very fun. I love the song “Land of a Million Dreams” by OutKast. It’s just something that I think would bring a lot of levity to people who are in a dark time or even just people who want to laugh. – Kiana Fitzgerald

See also  Stuff to Watch: Your guide to the week's best on Sky and free-to-air TV


We lost Leslie Jordan this week. That’s certainly not what’s making me happy. But the affection for him that has been welling up recently in reaction to that news, he came, of course, to widespread awareness as Beverley Leslie on Will & Grace, but he was plugging away for years before that and he’s been plugging away since. He got this wildly incongruous, late in life, social media following that was driven entirely by his display of his authentic self. No handlers, no consultants.

If you want to check out my favorite Leslie Jordan performance, you can find it streaming on Peacock. It is in Southern Baptist Sissies, which is a play written and directed by Del Shores that was filmed in 2013. It’s about growing up gay in the evangelical church. And of course, the play is somewhat predictable, preaching to the choir, I guess. But it’s got some great performances that really sell it. Two of those performances include Dale Dickey and Leslie Jordan. They play a pair of barflies who are kind of off on their own corner of the stage as a kind of Greek chorus. He is effortlessly hilarious. At one point he breaks up his scene partners and you can just feel him sitting in it, just basking in the moment.

He is profoundly moving in this play. But mostly he is just authentic, natural, being himself in a way that a lot of gay men never achieve. He was a mensch. He is going to be missed but he’s got this performance on Peacock to remember him by. – Glen Weldon

Essie Davis as Nancy Bradley in episode “The Murmuring” of Guillermo del Toro’s Cabinet Of Curiosities.


See also  Your Leo Monthly Horoscope for April 2022 Is Here

Essie Davis as Nancy Bradley in episode “The Murmuring” of Guillermo del Toro’s Cabinet Of Curiosities.

NPR’s own Chloe Veltman has a profile of Colleen Hoover you can read or listen to if you are one of the many (many) people curious about her and her work.

NPR also wrapped up its The Next Stage project, which looks at regional theater, and it’s all very much worth checking out.

Rounding out a trifecta of internal goodness, NPR also had a piece this week from Marielle Segarra about the charms of Practical Magic, as part of the terrific series “I’m Really Into.”

Guillermo del Toro’s horror anthology Cabinet of Curiosities is rolling out on Netflix, and if you like a good old creepy-crawly tale, I highly recommend it. We’ll also be talking about it on the show, so if you watch it, you’ll be ready! (I only watch it during the day, though. With all the lights on. And the doors locked.)