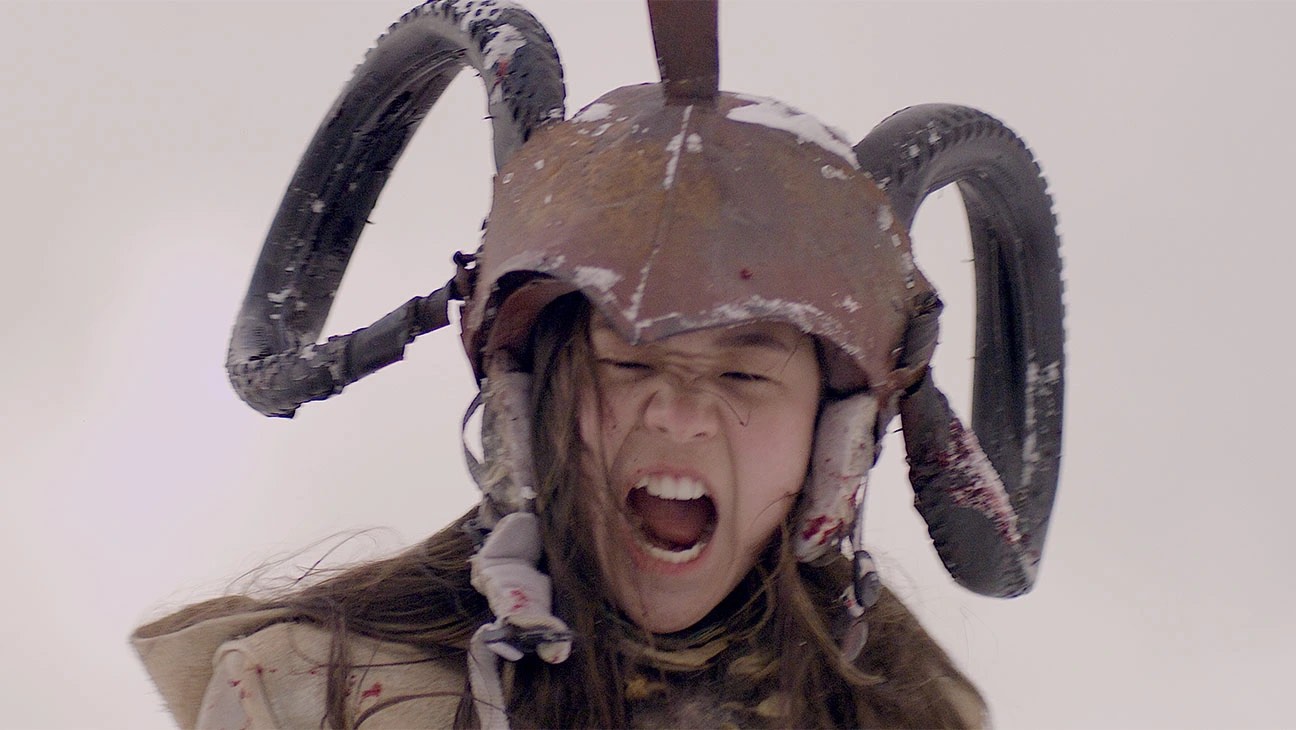 Polaris is a 2022 Canadian action revenge film about a young girl fighting off brutal warriors trying to kill the polar bear that raised her.

“Filmed in the subarctic, the story is set in a futuristic frozen world born of the brutal disregard of generations prior – where any nation could be buried under the snow.”

Plot:
Set in 2144 against the harsh backdrop of a frozen wasteland, Sumi, a human child raised by a polar bear narrowly escapes capture from a brutal Morad hunting party and sets out across the vast winter landscape.

When Sumi stumbles across Frozen Girl, an unlikely friendship is forged and together they race ahead of the vindictive hunters towards the only guiding light Sumi knows, the Polaris star…

Writer/director Kirsten Carthew commented: “Mad Max in the Arctic, an origin story of a world gone to shame that builds from themes of environmental stewardship/horror.”

She added: “it is inspired by eco-feminism and the need for significant cultural and sustainable change. The film portrays these themes with an entirely female cast – including the polar bear.”

Release:
Polaris will have its world premiere at the 2022 Fantasia Film Festival in Montreal.

MOVIES and MANIA is a genuinely independent website and we rely solely on the minor income generated by internet ads to stay online and expand. Please support us by not blocking ads. Thank you. As an Amazon Associate, the owner occasionally earns a very tiny amount from qualifying linked purchases.

Who is Alicent Highwater? Olivia Cooke’s House of the Dragon character

Ruben Randall - December 18, 2022 0
Actress
Rising rapper DDG upset some people online for what he said about an iconic Civil Rights activist and racism. The YouTuber-turned-musician even caught the...