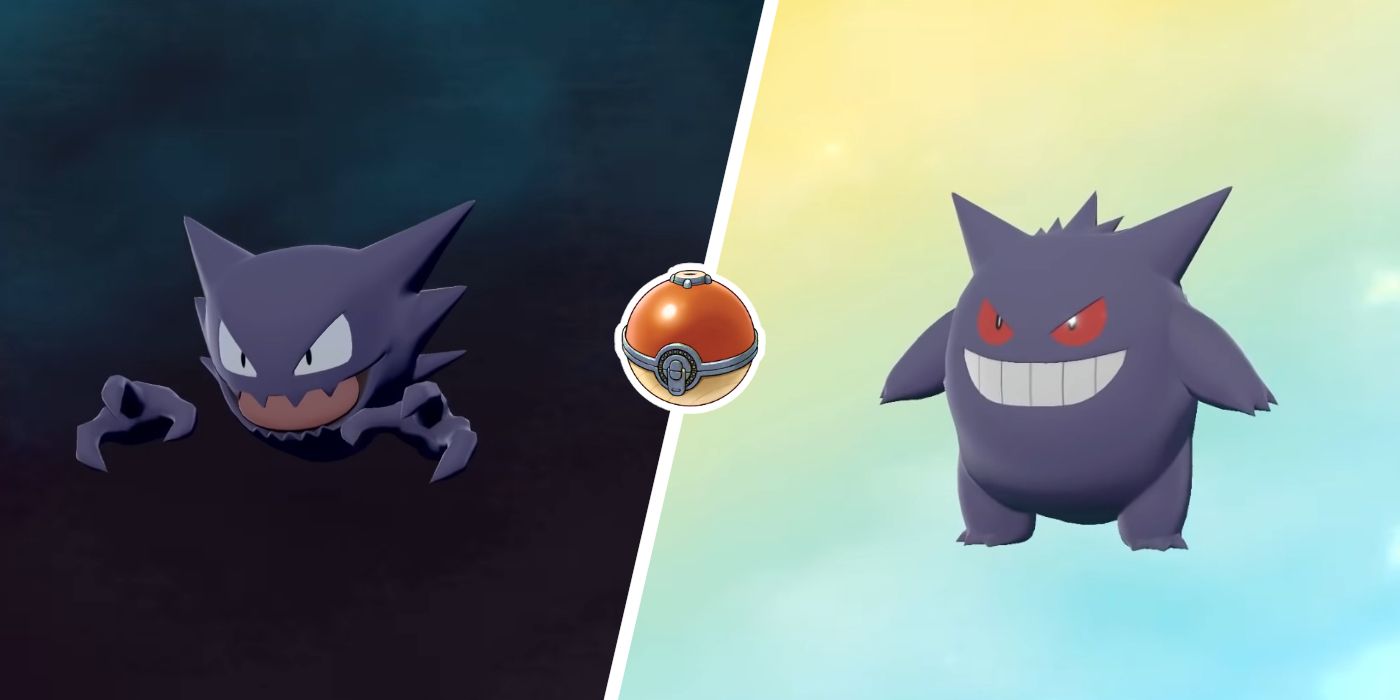 To get Gengar in Pokémon Legends: Arceus, Trainers must catch one during a Space-Time Distortion or evolve it from Haunter by giving it an item.

Gengar is a Ghost and Poison-Type Pokémon in Pokémon Legends: Arceus that Trainers can catch during Obsidian Fieldlands Space-Time Distortions. Nevertheless, the elusive Shadow Pokémon is an extremely rare spawn, making it quite difficult for players to encounter. Alternatively, Gengar can be obtained through evolution by giving Haunter a Linking Cord.

In past titles, certain Pokémon like Gengar could only be evolved through “trade-holding.” However, thanks to the Linking Cord in Pokémon Legends: Arceus, Trainers no longer need to employ this outdated method of acquiring Pokémon. There are several ways to obtain a Linking Cord in Hisui. One way is by exchanging Merit Points at the Trading Post in Jubilife Village. Merit Points can be earned by discovering Lost Satchels scattered across Hisui’s regions, and once players collect 1,000, they can purchase a Linking Cord. The evolution item can also be received as a quest reward for completing Request 64, “Getting to Know the Ghosts.”

“Getting to Know the Ghosts” is one of the best quests to organically acquire Gengar since it’s related to researching Gastly, Gengar’s base form. To unlock the Request, Trainers must reach the eleventh mission of the main campaign, “Scaling Perilous Heights,” during which players will receive Sneasler in Pokémon Legends: Arceus. Additionally, they must have Gastly added to their Pokédex. Once these two requirements have been fulfilled, Trainers can speak with Ward near the center bridge in Jubilife Village to begin Request 64.

To complete “Getting to Know the Ghosts,” Arceus fans need to finish the Gastly Pokédex entry by reaching Rank 10. Gastly can be found in multiple areas during nightfall, yet an easily accessible location would be the Golden Lowlands within the Crimson Mirelands. To increase the entry’s Pokédex Rank, players can complete Research tasks or battle and capture the Gastly Pokémon. Those preferring to repeatedly catch or defeat it in combat are recommended to use Dusclops since it’s an effective counter matchup. Once the entry is complete, return to Ward to receive a Linking Cord.

The final step to getting Gengar in Pokémon Legends: Arceus is giving Haunter the Linking Cord to trigger the evolution. Trainers can get Haunter by catching one in the wild or evolving a Gastly they captured during Request 64. Gastly can evolve into Haunter once it reaches Level 25. On the other hand, players can search the Coronet Highlands for Haunter. An ideal area to find one would be the Sacred Plaza during nighttime. For the best chance of catching one successfully, use a Feather Ball.


Ethan is American from California and holds a double-major degree in Business Admin. and Media & Comm. While adept in writing a variety of articles, he currently focuses on writing game guides for Screen Rant. He has a lifelong purpose of conquering his Steam backlog someday.

See also  Jordan Wooodson: ‘Till’ is a difficult, emotional and powerful watch | Community

Rachel or Robin? Test Your Friends & How I Met Your Mother Quote Knowledge...

Ruben Randall - June 11, 2022 0
Celebrity
Jersey Shore: Family Vacation will return with a season 6 according to Mike “The Situation” and...