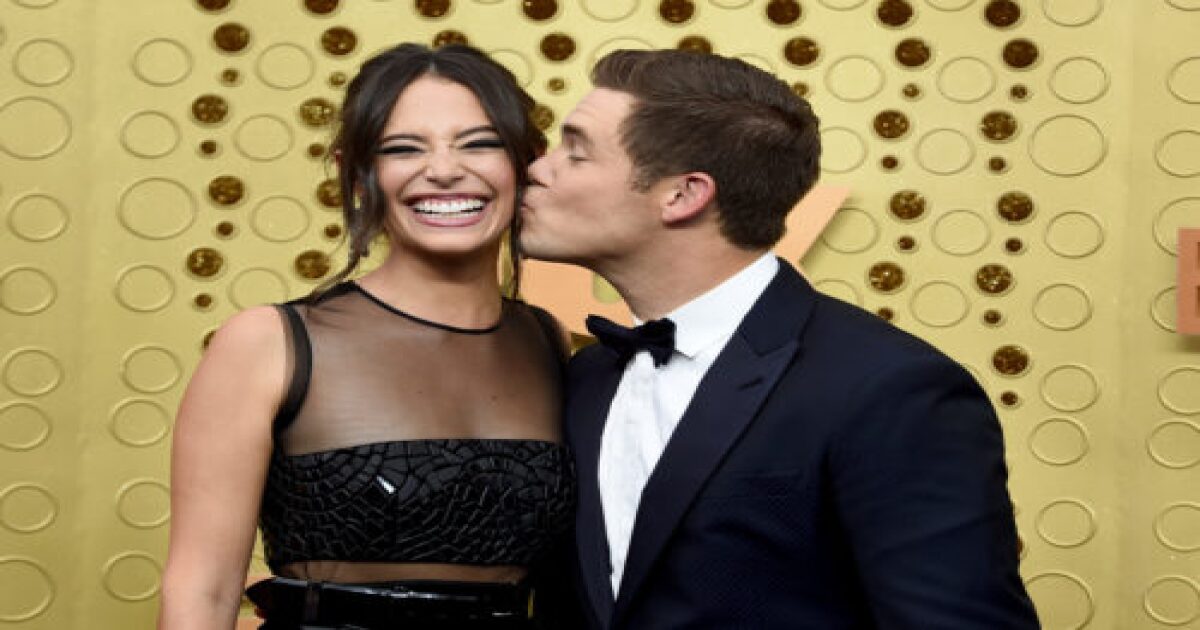 “Workaholics” and “Pitch Perfect” star Devine first met Bridges on an airplane, when the two were traveling with fellow cast members to the set of “The Final Girls.” The 2015 horror-comedy movie went from being just another job for the two actors to marking the beginning of their special love story.

Bridges says that the connection was undeniable almost right away.

“I knew that I liked him and we just seemed kind of incapable of staying apart from each other,” the new bride told US Weekly.

Interestingly enough, though, it wasn’t until the couple got in a fight that Bridges realized that Devine was actually “The One.”

“I don’t know if this is too personal, but the moment I knew he was The One was actually during a disagreement we had early in our relationship. He said something along the lines of, ‘We got to figure it out, because breaking up is not an option,’” Bridges told US Weekly.

Bridges attributes this attitude to the fact that Devine’s parents have enjoyed such a long and healthy marriage.

“I was like, ‘Wow, I really respect that.’ I think that’s an attitude he got from his parents’ successful marriage,” she said. “No matter what happens, you stick it out. You figure it out.” The couple made it official on Oct. 9, in a special ceremony in Mexico surrounded by family and friends. Comedian and friend Adam Ray (who officiated the wedding) shared photos of the event on his Instagram page, and it’s easy to see from the glowing smiles of the bride and groom that it was the best day of their lives.

The bride also took to social media to detail how hard it was to plan a wedding during a pandemic — especially when both she and Devine found themselves with breakthrough COVID.

Check out her Facebook post from a few days before the wedding in which she’s modeling the dresses she almost chose for the big day — but didn’t.

“Were we crazy for trying to plan a wedding during a global pandemic??” she wrote in the caption. “Probably, yeah, cause many, many things went wrong including but not limited to us both getting breakthrough covid. But we gave it our best shot and it’s almost here and it seems like it’s actually going to pan out!!”

From the looks of the photos and the amazing fireworks display at the end of the night, it all worked out in the end. Here’s to the happy couple!

Toy Story’s Tim Allen hits out at new Lightyear spin-off for ‘no relationship to...

Maya Erskine to star alongside Donald Glover in ‘Mr. and Mrs....