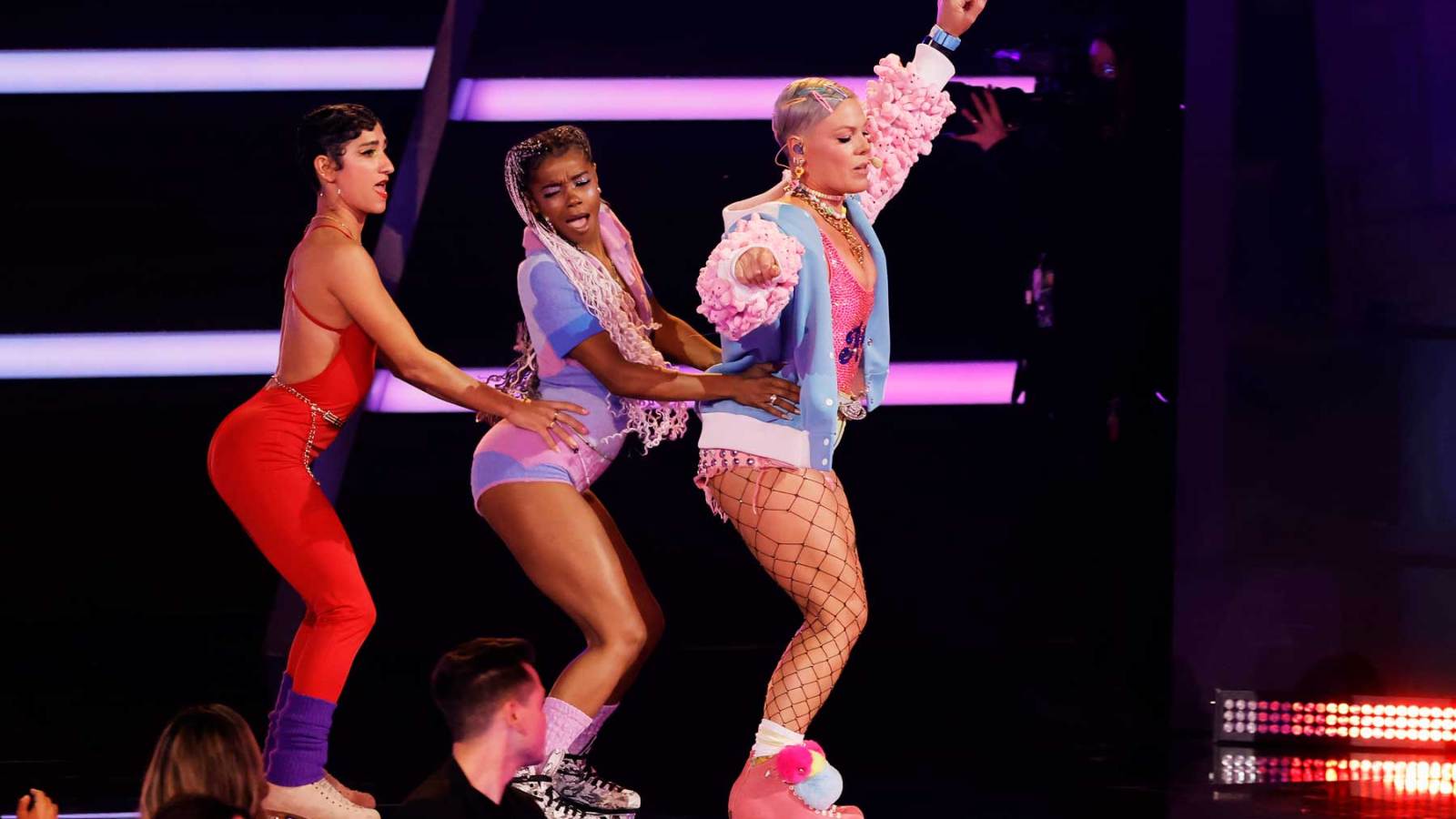 Pink delivered a delightful live debut of her new song, “Never Gonna Not Dance Again,” as she opened the 2022 American Music Awards on Sunday.

The singer showed up to the awards show on rollerskates and transformed the Microsoft Theater into “Pink’s Rink,” accompanied by a large set of dancers as she emulated the positive energy of her new single.

The performance opened with a pre-taped segment that was reminiscent of the song’s colorful and campy music video. “Oh, I just wanna pop and lock to my records/There go all of my clothes,” she sang. “Never gonna not dance again.”

The performance closed with the musician — known for her onstage stunts — joining her dancers for a show-stopping conga line as the crowd stood up for a standing ovation.

The performance is the first of two Pink planned for this year’s AMAs. She’s also set to pay tribute to late singer-actress, Olivia Newton-John, who died back in August after a lengthy battle with breast cancer.

Pink released “Never Gonna Not Dance Again” earlier this month, marking her second song this year after “Irrelevant.” Last year, Pink dropped a live album, All I Know So Far: Setlist, while her most recent studio effort, Hurts 2B Human, dropped in 2019.

Pink still hasn’t announced an official follow-up to Hurts 2B Human, though she is set to embark on a massive North American stadium tour next year. The Summer Carnival trek will kick off July 14 at Toronto’s Rogers Centre and wrap Oct. 9 at Chase Field in Phoenix. Grouplove and KidCutUp will provide support throughout the trek, while Brandi Carlile, Pat Benatar, and Neil Giraldo will perform on select dates.