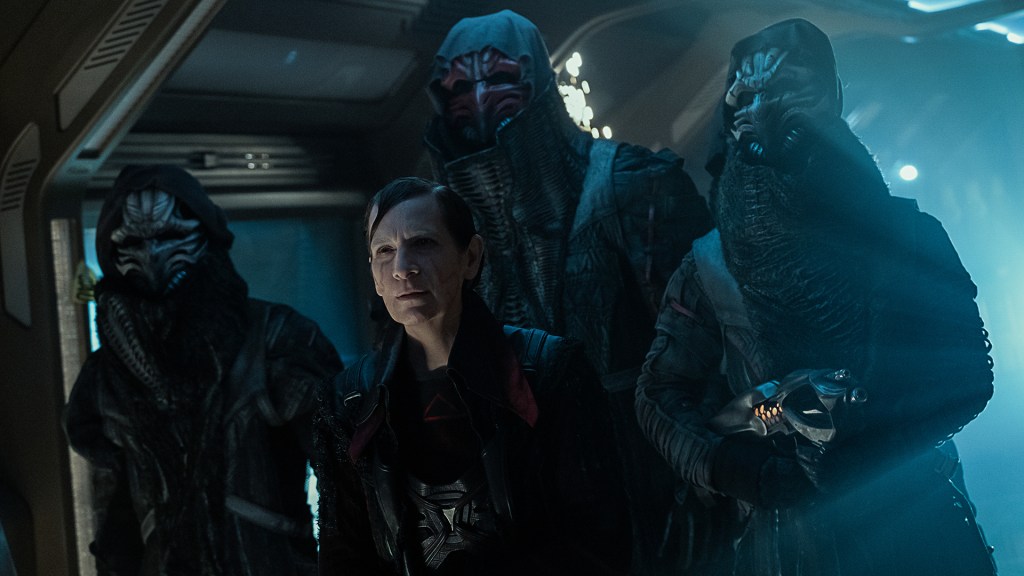 The likely last appearance of the Sir Patrick Stewart-led series on the Starfleet legend was packed with The Next Generation throwbacks, new additions and a new explosive trailer that truly set the stage for Picard Season 3’s February 16, 2023, premiere on Paramount+

Take a look at the new Picard trailer below:

Not only was the return of Davis’ Arthur Conan Doyle created villain revealed and Spiner’s back as Data’s not-so-nice twin Lore amidst the on-stage reunion of the TNG principal players, but that Amanda Plummer will be joining Picard for its last mission was too. The Greene Talent and Red Management repped Tony Award winner and daughter of past Trek villain Christopher Plummer is set to play the final season’s top baddie Vadic – as you can see in the photo above. Captain of the Shrike starship, Vadic clearly has some serious and deadly grievances with Picard and his old companions, if the trailer is a good indication.

Why Olivia Cooke Has To Believe Her House Of The Dragon Character Isn’t A...

Amanda Seales Considered Leaving Acting After Getting Kicked Out Of An...

Ruben Randall - November 14, 2022 0
Actress
Despite all the sisterhood on display in Issa Rae‘s hit HBO series Insecure, actress Amanda Seales was so turned off by the behind-the-scenes drama...

Who Is Ashley Johnson? Facts You Probably Didn’t Know about the...