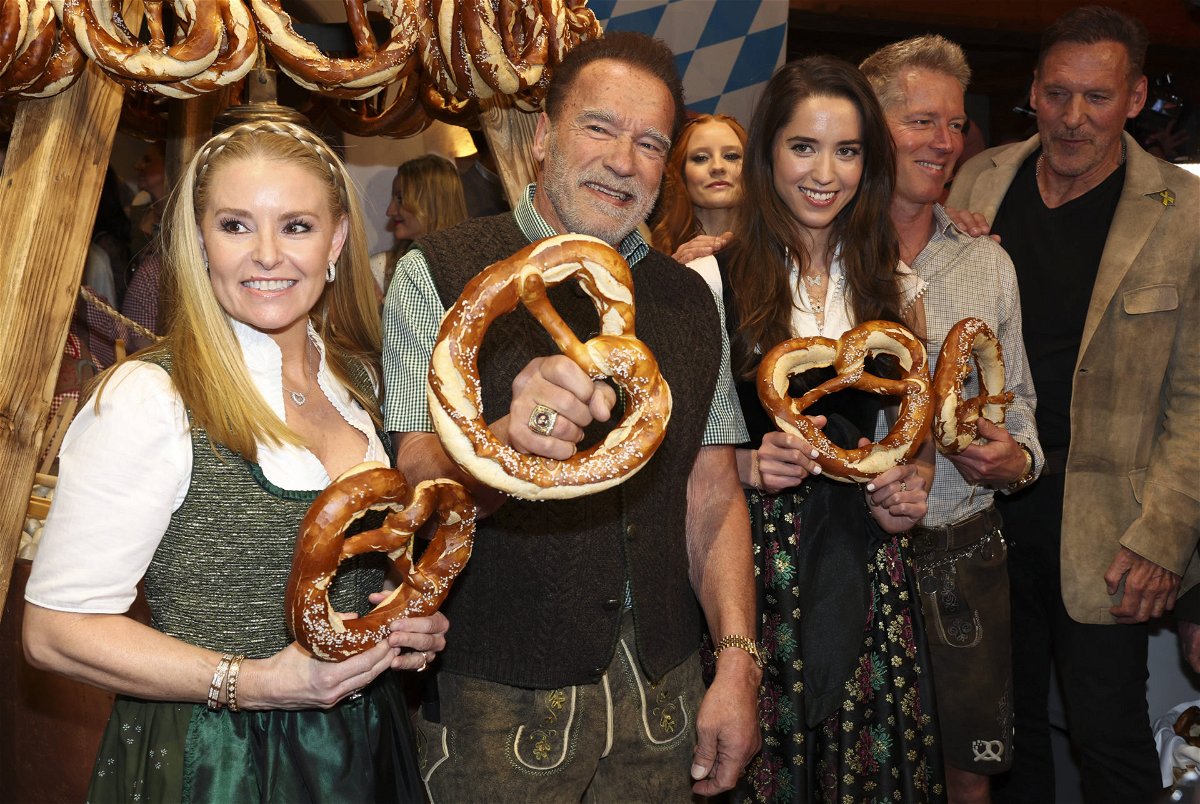 With the new year starting, the fun for Arnold Schwarzenegger has already begun. Doubling the fun, Schwarzenegger traveled to the famous Stanglwirt White Sausage Party. But this time, the retired bodybuilder was not alone. Traveling alongside his girlfriend, Heather Milligan, and younger daughter, Christina, Arnold took the fans by surprise.

Capturing the trio for the first time in frames, needless to say, for Schwarzenegger fans, it’s an early weekend surprise.

Arnold Schwarzenegger party’s in style with his daughter and girlfriend

The prestigious party was started by Toni Holnburger for the first time in 1991, rather by accident, when he invited the skiers of the Austrian Ski Association to a white sausage dinner at the Stanglwirt. As years passed, the event has grown and has been successfully inviting crowds from across the globe. An Austrian native by birth, like every year this year too, Arnie marked his attendance.

Dressed in their traditional attire, Schwarzenegger, Milligan, and Christina were caught in the best of their moods. Following the usual drills, the celebrities dutifully walked on the red carpet and answered all the questions extensively. The trio was surrounded by Andreas Gabalier, DJ Ötzi, and model Barbara Meier at the Kessel.

Posing with a white sausage, the trio smiled the brightest for the cameras. Calling it the “best white sausage party in the world,” Arnie further credited, Stanglwirt being “the best hotel with the best food and the best service.” Seeing the celebrity squad together, needless to say, the fans were happy.

Who is Heather Milligan? And when did she meet Arnold?

Two years after the split with his wife Maria Shriver, Arnold in 2013 began dating physical therapist Heather Milligan. Going strong since then, the two are often spotted together. A renowned physician by profession, Milligan was earlier praised by UFC superstar Conor McGregor for helping him recover after his injury.

Earlier, Heather Milligan worked as the vice president for Health South in 2006. Much like her boyfriend Arnold, Heather too, is an expert in her field.

So, what do you have to share about their recent outing? Let us know your thoughts in the comment section below.

Ruben Randall - October 16, 2022 0
TV/Movies
HARTLAND TWP. — Brayden Eaton plans to build a trophy case to display awards he has received for his acting chops.Eaton, 15, might need to...

Can You Fill In The Gaps Of These Iconic Ross Geller...