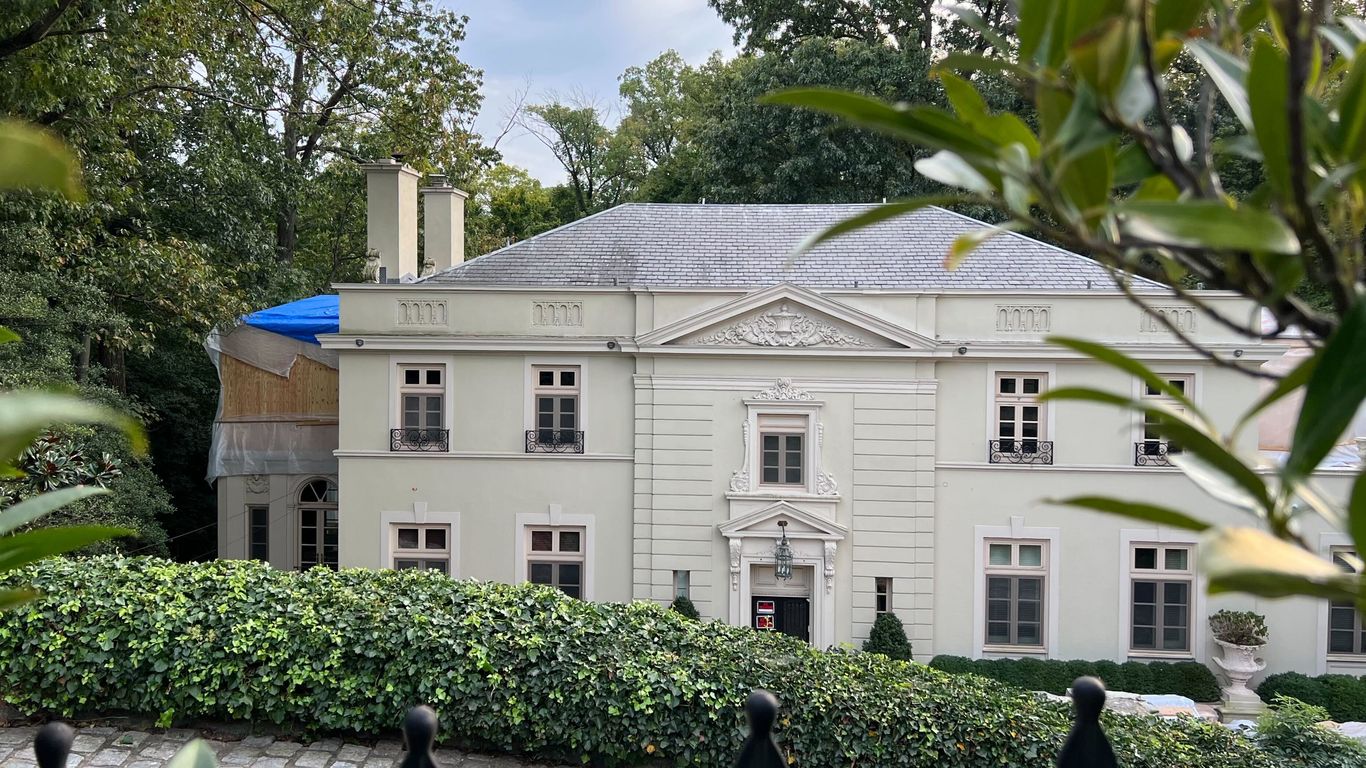 Tech billionaire Peter Thiel is updating his Woodland Normanstone mansion with a $1.6 million renovation that includes two additions and scrapping an existing pool for a new one.

According to plans online submitted to DCRA, the PayPal co-founder enlisted architects at Georgetown’s Barnes Vanze, which also handled Jeff Bezos’ D.C. renovation. Horizon Builders, who did Dan Snyder’s Potomac home, among other local mega-residential projects, is the general contractor.

A few reno highlights we gleaned from the plans:

Catch up quick: The Beaux Arts mansion — which Thiel bought from Trump’s commerce secretary Wilbur Ross for $13 million using an LLC — gives the tech titan an over 6,000-square-foot residential footprint inside the Beltway.

Of note: Photos submitted to DCRA show the home had an old-money feel, with gilded chandeliers, one room completely covered in red (including the ceiling), and at least one bathroom covered in green marble. Thiel is adding some additional traditional touches such as mahogany and French doors.

Zoom out: Thiel’s global real estate portfolio has included homes in California, Maui, and Miami (the latter sits on an exclusive man-made island). His plans for a huge compound on 477 acres of land in New Zealand were rejected by local officials last month.

Editor’s note: ​This story was corrected to reflect that Wilbur Ross was Trump’s commerce secretary, not labor secretary.